German politicians are discussing a bill to ban "sexist" advertising

German politicians are discussing a bill to ban sexist advertising in public spaces. However, most Germans have quite a calm attitude to the current advertising policy, Deutsche Welle reported.

The new initiative to remove "discriminatory sexist advertising" from German streets was developed by German Minister of Justice Heiko Maas.

"Bright red and half-open lips, firm female breasts, seductively curved bare back and other feminine charms barely covered with thongs — all this could soon disappear from the posters in Germany," the media source wrote.

The bill is designed to prohibit the placement of advertisements and posters that "reduce women or men to sexual objects." Thus the potential law is aimed at eliminating sexism from all commercial advertising and prohibiting the depiction of sexualized nudity, and, as Zeit newspaper wrote, not nudity as a whole.

As the newspaper put it, the main point of the initiative is to "ban a manufacturer of animal feed from combining its slogan 'fresh meat… get it by us' with the picture of a woman in lingerie.

The thing is, however, that not all German representatives support his initiative. Maas has even been slammed for his excessive Puritanism and for his attempts to impose restrictions and regulations to set certain ethical standards, which many Germans consider doubtful, DW wrote.

Here is what Germanys think of Mr Maas:

Indeed, public opinion polls show that most Germans don't feel bad about advertisements depicting half-naked or naked women and men. Almost 60 percent of respondents are absolutely comfortable with the nudity in public ads — full or partial.

However, it is worth mentioning that there is a significant difference between respondents of both sexes. Thus, more than a third of women consider nakedness on billboards and on social networks offensive and discriminatory, while only 15 percent of men support this point of view.

However, when it comes to certain restrictions, representatives of both sexes hold similar positions: 38 percent of all those questioned, for example, believe that a demonstration of completely bare breasts should be prohibited.

At the same time, the rest of the respondents do not have anything against them, or just do not care.

On the other hand, some respondents also called to introduce a ban on depicting naked male torsos. For instance, they consider it unfair that Facebook prohibits publication of bare breasts, but allows pictures of men with a nude upper body.

Ed comment: This comes in the heals of London, with Sadiq Khan doing the same. I predict that this is how German swimsuit commercials will look from now on: 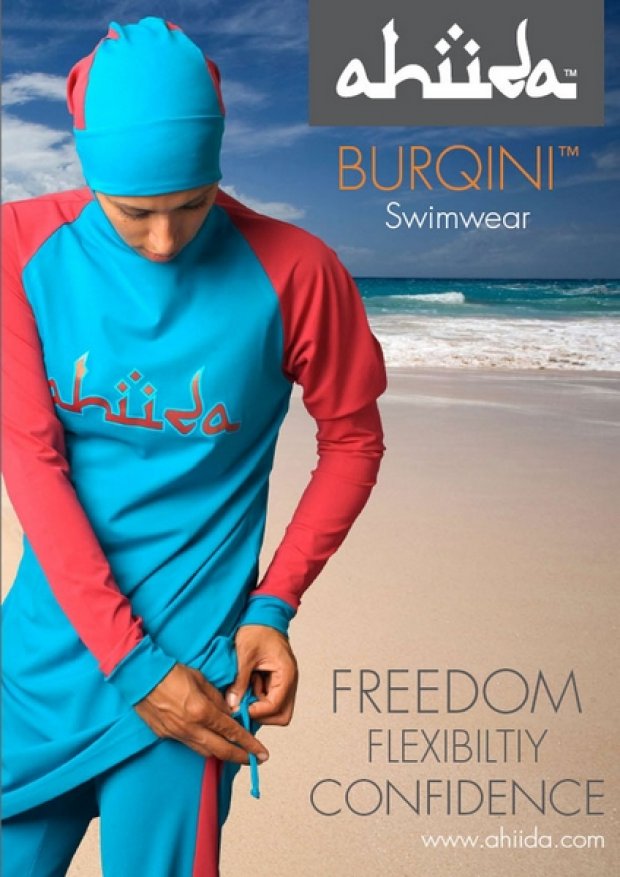