Got milk? Research finds evidence of dairy farming 7,000 years ago 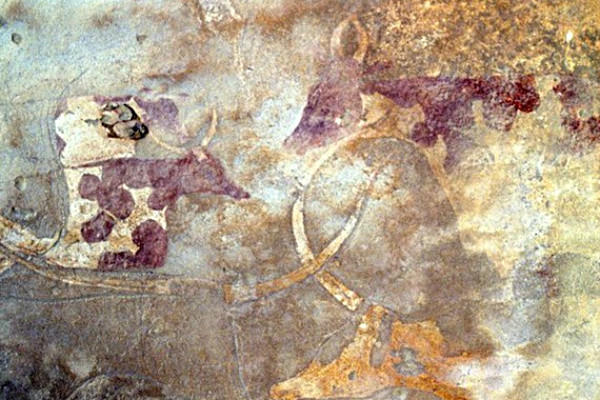 The sandy dunes of the Sahara may seem an unlikely place for a dairy farm, but about 7,000 years ago, herders tended and milked cattle in what is now desolate desert, new research shows

About 10,000 years ago, the Sahara desert went through a phase called the Holocene African Humid Period. Fossilized bones show that by the sixth millennium B.C. (or about 7,000 years ago), cattle, sheep and goats roamed over green savanna, and rock art depicts cows with full udders. The occasional image even shows milking, said study researcher Julie Dunne, a doctoral student at the University of Bristol. But it’s difficult to get a firm date for those images.

By analyzing pottery fragments, Dunne and her colleagues have now shown that these early herders were not only milking their livestock, but also processing that milk into products like yogurt, cheese and butter.

"The most exciting thing about this is that milk is one of the only foodstuffs that gives us carbohydrates, protein and fat," all in one substance, Dunne told LiveScience. "So it was incredibly beneficial for prehistoric people to use milk."

Humans had to evolve to match their new source of protein, however. Originally, mankind was lactose intolerant, meaning that milk drinking was an invitation for an upset stomach. Processing milk into yogurt and cheese would have helped, Dunne said, but humans also adapted: As dairying spread, so did genes that confer lactose tolerance.

The researchers now plan to analyze more pottery samples from more northern African dwellings. The goal, Dunne said, is to get a better picture of how dairy — and cows — spread among the people of the continent.

Cattle "really played an enormous part in their ideology and their general day-to-day life," she said.

Read the full article at: csmonitor.com