In a new report on "the white hatred" in Sweden by the Total Defense Research Institute (FOI) commissioned by the government to map comments written on sites on the internet, milk is listed as a hate symbol and a symbol of "white power," along with the okay-symbol often used by Donald Trump.

Hilarious clinical "study" the Swedish Defense Research Agency has done on "White hatred" online. In the report among a bunch of nutty conclusions they have the idea that Milk and the OK sign are White Supremacist symbols . Emil i Lonneberga, DRY peoplehttps://t.co/lXVuR6qAd1 pic.twitter.com/Xu6wCehzg4

The stated purpose of the report is to "provide an insight into some digital environments whose common denominator is that they are all xenophobic". 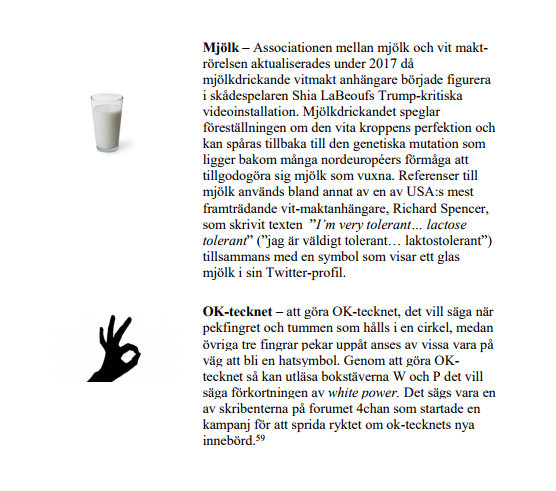 The report is of course the first step to change the constitution, which the Swedish government wants to do to prohibit certain websites that reveal the ethnicity of convicted criminals, and to silence free speech.

And frankly they have no choice, because anger is growing rapidly in Sweden, shows a new study on immigration.