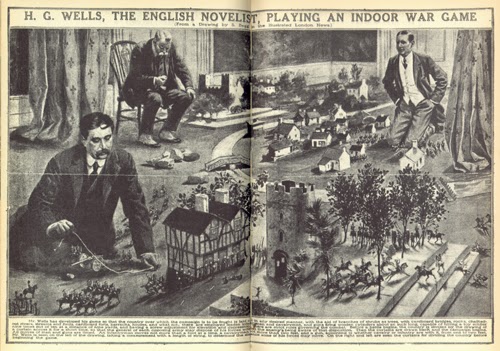 By the end of the Great War of 1914-1918, one organisation that was very influential on the global stage and whose actions and implementations directly led to the rise of the totalitarianism of both Fascism and the Bolsheviks was the Fabian Society. Based in London and formed in 1884, and which still exists and remains influential in global politics to the present day, this think-tank was and still is essentially an aristocratic cult out of which formed the British Labour Party, the London School of Economics and the influential New Statesman journal, as well as having a huge influence on the creation of the League of Nations in 1919.

The Fabian ideology is driven by incremental social Darwinism and scientific socialism, and until the 1940’s did nothing to hide their totalitarian psychopathic agenda. In fact, they openly boasted about their horrific agenda which, today, is now hidden behind a façade of celebrities and climate change fronts. The same aristocratic families which championed the ethos and rise of both National Socialism and the Bolsheviks are very much still moving the Fabian rudder and maintaining their utopian course behind the scenes just as much as they ever have as you read these very words.

The Irish playwright George Bernard Shaw was a Fabian who openly called for scientists to develop gasses to murder races and groups who did not want to be controlled within the Fabian utopia. Later, IG Faben would cater to his wishes with their ’pesticide’ Zyklon B; poured upon European Gypsies, in an attempt to eliminate the last non-controlled indigenous people in Europe. Shaw also demanded a system whereby humans were to sit in front of a committee and justify their existence to a panel of civil servants who had the right to decide a person’s fate. If people could no longer demonstrate that they were productive before this panel of bureaucrats, they would be ’humanely murdered’ according to George Bernard Shaw.

The influence that the Fabians had on the creation of National Socialism and the Bolsheviks cannot be downplayed, as they were significant in generating a degree of acceptance of totalitarian regimes among intellectuals and academics in the years leading up to 1919. Hitler and Stalin could not have risen to power without the social conditioning of the Fabians; that a cold, scientific control of humanity was the only method of government for the 20th century. The Fabian Society was ruthlessly atheistic and scientific, and this was perhaps what made them so very dangerous, in that they assumed that human existence is nothing more than chemical and electrical bodily functions, and that humanity has no soul or spirit.

Among the more psychopathic—if not psychotic—members of the Fabian Society who used his popular influence to sow the seeds of the totalitarian scientific oppression in the name of reason, was the British author H.G. Wells. Known mainly for using his science-fiction novels such as The Time Machine and Things to Come in order to future-proof the expectations of present generations towards political objectives (which is why sci-fi remains a core aspect of the Psychopathic Control Grid to this day), Wells and his warped philosophy played a huge part in the creation of both Hitler and Stalin in terms of their acceptability among more scientifically inclined thinkers in the decades leading up to 1919.

Read the full article at: thomassheridanofficialblog.blogspot

Robert Hieronimus - The United Symbolism of America, The Founding Fathers of America, All Seeing Eye Origins, Freemasons & The Enlightenment