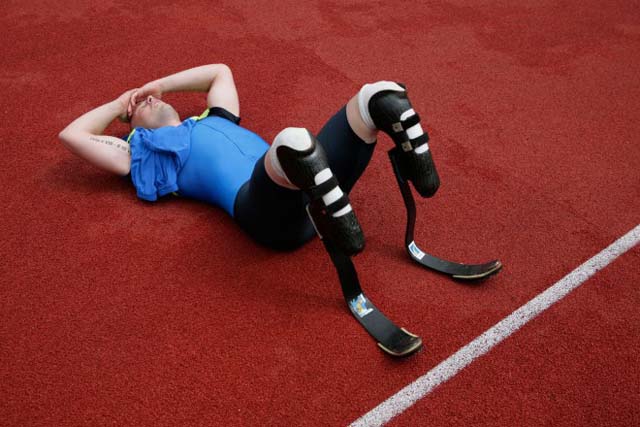 On Euston Road in London, about seven miles from where Oscar Pistorius will run in the Olympics atop legs of carbon fiber, is the Wellcome Collection, home to an array of science-based exhibits reflecting the influences of art, history and other aspects of the humanities. One of its current features is titled Superhuman.

The show explores human enhancement of all types, with an eye toward what the future of biological augmentation might bring. It’s artsy, occasionally whimsical and very forward-thinking — and on point with regard to Pistorius’ competing in these Olympics and a sign of how future Games may change.

We’ve heard all about Pistorius, the South African sprinter born without fibulas, who wears prosthetics called Flex-Foot Cheetahs that allow him to compete not just with disabled runners, but with the best able-bodied sprinters on the planet.

His presence at the Games has sparked considerable debate. Do his prosthetics give him an unfair advantage, as some still argue, or do their limitations — not to mention his incomplete lower-body musculature, which forces him to compensate with muscle groupings elsewhere — level the competitive balance? For an example of how divergent opinions are, look no further than the team that helped overturn the 2007 ban laid down on Pistorius by the International Association of Athletic Federations, which had prevented him from competing at the Olympic level.

Pistorius is physiologically the same as other athletes, they argued in a paper published in the Journal of Applied Physiology (.pdf), even if he’s mechanically different. The Court of Arbitration in Sport agreed, and the IAAF relented; in 2008, his ban was overturned, although he did not meet the Olympic qualifying time for Beijing and ran in the Paralympics instead. 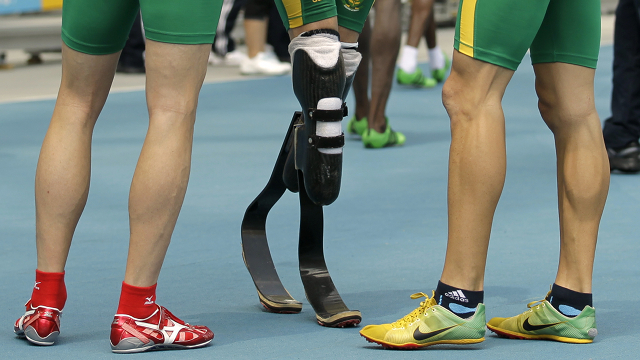 It appears that the paper’s authors have traveled divergent paths from that point.

“The lightness of Pistorius’ limbs make him 15 to 20 percent, or more, faster than he would otherwise be,” the paper’s lead author, Peter Weyand, an associate professor of applied physiology and biomechanics at Southern Methodist University, told Wired. “He can reposition his limbs” — in other words, stride — “20 to 25 percent faster than intact-limb runners who have the same top speed … and 16 percent faster than five world record-holders in the 100 meters.” Weyand says that Pistorius’ blades can augment his 400 time by as much as eight seconds. (Read an expanded form of his argument here.)

But another of the paper’s authors, Rodger Kram, went on to claim that any benefit conferred by the lightness of Pistorius’ legs is counteracted by their inefficiency in transferring force to the ground, meaning that the runner gets less energy returned with every stride he takes. (Ossur, the company that makes Pistorius’ Cheetahs, claims that its blades return 90 percent of the energy accumulated during each stride, as compared to a 249 percent return with an able-bodied foot and leg.)

“Peter’s claim that Oscar Pistorius can swing his legs back and forth faster than any other athlete is decidedly false,” a third of the paper’s authors, Hugh Herr, director of the Biomechatronics Group at the Massachusetts Institute of Technology’s Media Laboratory, told Wired. “If an Oscar Pistorius wants to participate [in the Olympics], he should be allowed. We should have the technology that would allow a fairness of sport, that would allow him freedom.”

Herr is right. We should have technology that allows Paralympians the freedom to compete on an Olympic-caliber playing field — but currently we either don’t, or can’t agree on the fact that we do.

(It should be noted that for devices like the Cheetahs to make a difference of Olympic proportions, they have to be worn by double-amputees. People who have lost only one leg face significant challenges getting their biological and prosthetic limbs to sync with elite-athlete perfection with regard to things like the distribution of weight and energy.)

Suffice it to say that there are no easy answers. But forget Pistorius for a moment: No matter how he does in the 400-meter preliminaries Saturday, his is today’s problem, featuring today’s technology — and in some cases, yesterday’s. The Cheetahs he uses are very similar to the Cheetahs introduced in 1997; the science behind them seems to have plateaued, but that almost certainly won’t be the case much longer. 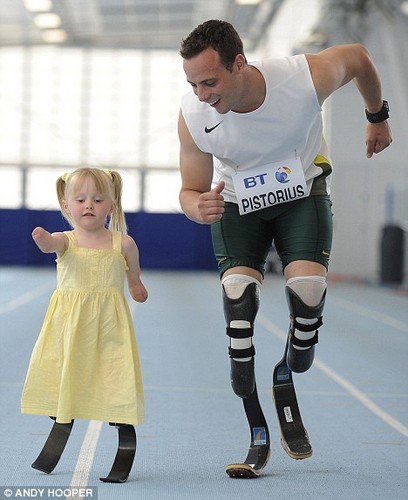