Intel wants a chip implant in your brain 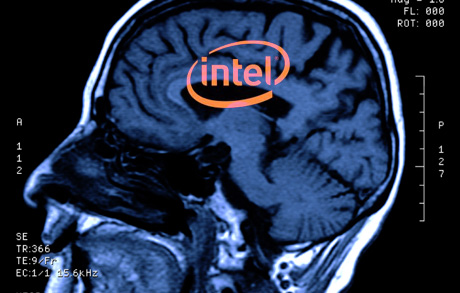 Computer chip maker Intel wants to implant a brain-sensing chip directly into the brains of its customers to allow them to operate computers and other devices without moving a muscle.

Intel believes its customers would be willing to have a chip implanted in their brains so they could operate computers without the need for a keyboard or mouse using thoughts alone. The implant could also be used to operate devices such as cell phones, TVs and DVDs.

The chip is being developed at Intel's laboratory in Pittsburgh, USA. It would sense brain activity using technology based on FMRI (Functional Magnetic Resonance Imaging). The brain sensing chips are not yet available, but Intel research scientist Dean Pomerleau thinks they are close.

Theoretically, different people thinking of the same word or image would have the same activity in their brains, but since no one really knows exactly how the brain works, this is not certain. Pomerleau and his team have used FMRI to scan the brains of volunteers to see if brain patterns match when they are thinking of similar things, and so far the results look promising.

Pomerleau said that with human beings and machines converging in many ways, people will want to give up the need for an interface such as a keyboard, mouse or remote control and operate the devices using their brain waves. Pomerleau believes that some time within the next decade or so people will be "more committed" to the idea of the brain implants.

Pomerleau said a headset incorporating brain sensing technology to operate a computer is close, and the next step is to develop the tiny brain implant, which would be much less cumbersome for the user.

Associate Professor Charles Higgins of the University of Arizona predicts people will be using hybrid computers using a combination of living tissue and technology within 10 to 15 years. Researchers at his University have successfully built a robot guided by the eyes and brain of a moth. Researchers with Toyota are also working in the area, have developed a wheelchair controlled by brain waves.

While it seems unlikely many people would volunteer for the Intel chip implant at present, it could have applications for people who are unable to move, such as quadriplegics.