Is Computer Use Changing Children? 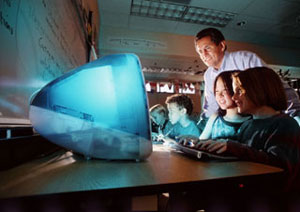 As the age at which children start to get familiar with computers and the net gets ever lower, questions are starting to be asked about what that exposure is doing to our children's brains and their ability to concentrate.

These questions are ones which eminent neuroscientist Baroness Greenfield says needs to be confronted. The director of the Royal Institution says the "sensory-laden environment" of computers could result in people "staying in the world of the small child".

Professor Greenfield has spent a lifetime researching the physiology of the brain, and now thinks that there could be a link between the attention span of children and the growing use of computers.

In an interview for Radio 4's iPM she said: "The last 10 years have seen a three-fold increase in the prescription of the drug Ritalin, a drug used for Attention Deficit Disorder. One asks why?

"Why suddenly is there greater demand for a drug for attentional problems?" she asked. "This might, and I stress might, be something to do with the increased exposure of young children to unsupervised and lengthy hours in front of a screen."

Baroness Greenfield wondered if the cause was growing computer use.

"Could it be, and this is just a suggestion which I think we should look into, could it be if a small child is sitting in front of a screen pressing buttons and getting reactions quickly for many hours, they get used to and their brains get used to rapid responses?" she said.

If children do not have stories read to them and have little practice of concentrating for long periods this could effect how they handle the sedate pace of school life, said Baroness Greenfield.

She asked: "Could it be that they then have to sit still for half an hour and of course they're not used to that because they're used to the rapid interaction with the screen, and could it - again a question - be that they are fidgety and hyperactive and then diagnosed as having a disorder?" 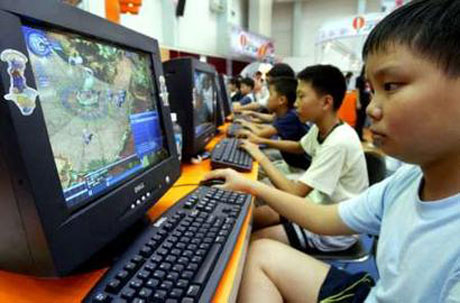 The brain, says the distinguished neuroscientist, changes all the time - but it is very sensitive to the environment its in, and so it might be affected by the continual use of computers.

"What we need to question is this: are we putting people into the optimum environment? How can we create an environment which will pre-dispose the brain to react in ways we consider ideal?" she said.

"The technology is creating an environment that is answer rich, but we're question poor."

She contrasts the life of modern-day children with the generation which grew up without computers, who had to work to find answers by going to a library to look things up.

Baroness Greenfield also claims that the distinction has been lost between information and knowledge - with the facts provided by easy-accessed information losing the context necessary for knowledge.

Her views are echoed by the writer Nicholas Carr in his recent essay "Is Google making us stupid?" that was published in Atlantic Monthly. In the article Mr Carr claims that his mind is changing as a result of greater computer use. "Deep reading that used to come naturally has become a struggle," he said.

But a contrasting view comes from the philosopher Julian Baggini, who has written that the fear of change and of children becoming "degenerate aliens" is as old as parenthood, an "age-old anxiety" which he accused Baroness Greenfield of dignifying.

In response, the professor told iPM that she would rather not be complacent and "end up with a world that we don't want".