James T Hodgkinson: What we Know about the Virginia Shooter

A picture is building of the prime suspect in the shooting ambush on Republican congressman at a baseball game in Alexandria, Virginia.

James T Hodgkinson, who shot and wounded congressman Steve Scalise and injured four others, was carrying an assault rifle and pistol, according to authorities.

Five people including two police officers were taken to Washington DC-area hospitals. Hodgkinson died in the firefight with the congressional security detail.

The 66-year-old was from Belleville, Illinois, a small city just across the Mississippi River from the city of St Louis, Missouri.

He was self-employed until recently and worked as a home inspector.

Michael Hodgkinson, the suspect's brother, told the New York Times that James had become upset about the election of President Donald Trump and had moved to the Washington DC area "out of the blue" to protest.

If we go by the standards they use for AltRight, we have to conclude James Hodgkinson was "radicalized" by the mainstream media.

Former Alexandria mayor Bill Euille told the Washington Post that he had seen James Hodgkinson every morning for the last month and a half at the local YMCA gym, using the showers.

Mr Euille said he was helping Hodgkinson look for a job in the area and that it appeared he may have been homeless.

"He'd open up his gym bag and in it, he had everything he owned. He was living out of the gym bag," the mayor told the paper. "He sat in the Y's lobby for hours and hours."

Hodgkinson's criminal record in St Clair County, Illinois, shows many traffic violations, and a call made to police in March of this year complaining that Hodgkinson shot 50 rounds in a wooded area too close to residential homes.

The police report says Hodgkinson had a valid concealed carry licence for the hunting rifle and was released. 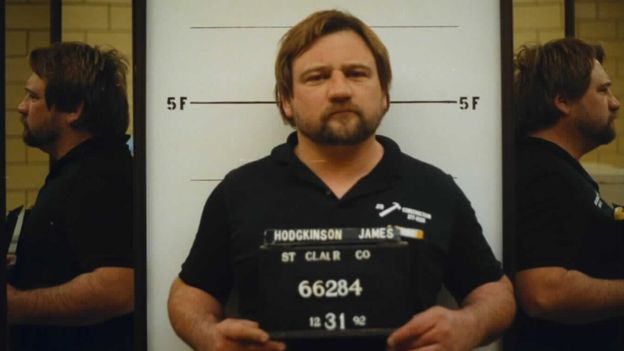 He was charged with multiple counts of domestic battery and aggravated discharge of a firearm in 2006, though those charges were dismissed.

According to court documents, the 2006 altercation took place after Hodgkinson tried to retrieve a 16-year-old girl believed to be his daughter from her friend's house.

The responding officer wrote in his report that the girl said Hodgkinson dragged her by her hair and beat her.

He then allegedly sliced into her seatbelt with a pocket knife and choked her as she tried to drive away.

The girl was a student who lived with Hodgkinson and his wife.

He also allegedly shot at one of her friends with a 12-gauge shotgun and punched another 16-year-old girl in the face.

According to local authorities, the 2006 charges against Hodgkinson were dropped after the victims failed to appear in court.

Hodgkinson's wife told the ABC News that her husband moved to Virginia two months ago.

An acquaintance of the suspect confirmed that he had campaigned for Mr Sanders during the election.

Mr Sanders, a Vermont senator, said he was "sickened by this despicable act" and condemned Hodgkinson's actions.

A Facebook account that appears to belong to Hodgkinson is filled with anti-Republican and anti-Trump posts, as well as expressions of support for former Democratic presidential candidate Bernie Sanders (the page has since been removed).

On social media, Hodgkinson railed against Donald Trump, writing on Facebook, "you are Truly the Biggest A** Hole We Have Ever Had in the Oval Office".

He also belonged to many Facebook groups with names like "Terminate the Republican Party" and "Donald Trump is not my President".

When you continue to mainstream this kind of hatred you get Alexandria...it all comes from the incitement by the Left and the media. pic.twitter.com/9sh7WWYle7

Local media also unearthed a 2012 photo of Hodgkinson protesting outside a downtown Belleville post office holding a sign that read, "Tax the Rich".

The Belleville-News Democrat also compiled his letters to the editor in 2012, when he railed against conservative tax policies and praised President Barack Obama.

"God bless the 99 percent," he concluded one letter.