Virginia TV Shooter Said, "Jehovah Spoke To Me That I Should Take Action"

Aug 28, 2015 By Tom Farrar Talley
What causes a guy to go off the plantation enough so that he would murder in cold blood, two of his former colleagues? Guesses are abounding, such as racial tension, mental illness, psychotropic prescription drugs, narcissism, etc. What about the angle of how a destructive religious cult shaped him in his formative years, so that later in life, he would be that powder keg he said he was, and would indeed 'go off' ?

Vester Lee Flanagan, the alleged shooter and murderer of two on his former WDBJ television station colleagues on Wednesday, 26 August, 2015, in Moneta, Virginia was raised as a Jehovah's Witness. Jehovah's Witnesses, also known as The Watchtower Society is a high maintenance, very high demand, legalistic sect which is known for its teachings of how a final battle called Armageddon, will destroy all their enemies, and that translates to anyone who is not one of them, i.e., the whole world. After this global bloodbath, their very violent and jealous god Jehovah, will usher in a New World Order, just for them.

Jehovah's Witnesses are also taught, they are their mighty god's exclusive Chosen People. They view the other religion on Earth who claims to be god's chosen name people - the Jews & Judaism - as fleshy Israel and part of an obsolete covenant given to Moses, whereas they, the Jehovah's Witnesses are the prime chosen, the spiritual Israel and part of the valid new covenant given to Christians. This doctrine alone is a breeding ground for narcissism. Vester Lee Flanagan had to be influenced by this doctrine if he was raised in a strict Watchtower society family, which the news reports say he was.

Jehovah's Witnesses and their deleterious effect upon the adolescent Vester Lee Flanagan, included exposure to extremely violent texts and images, which are peppered throughout Watchtower publications. These images depict horrific and gruesome scenes of god Jehovah striking down the people of the world, destroying whole cities with his "rod of iron", and obliterating all vestiges of an "unclean world". The illustrations in the Watchtower books and magazines are reminiscent of the Zionist Israelis and their bombing campaigns against the Palestinians in Gaza City, which the Jewish rabbis would tell you their violent tribal god Yahweh (an alter of Jehovah), has sanctioned. The Watchtower scenes are one of global genocide and fairly scream out in teaching young impressionable minds that it is GOOD to have your enemies killed.

Vester Lee Flanagan, after he killed his enemies at the live broadcast scene, in his 23 page manifesto he faxed to ABC News, stated that: "Jehovah spoke to me that I should take action (against the white people)." How many other ticking time bombs are out there, thanks to the teachings of Jehovah's Witnesses?
There have been many books written by those who made their exit from the Watchtower society, before the Jehovah's Witness organization could consume them and totally ruin their lives, which expose this prominent dark side of the kult. One recent book, in its title, sums up the attitude that Vester Lee Flanagan had, when he pulled the trigger.. repeatedly. 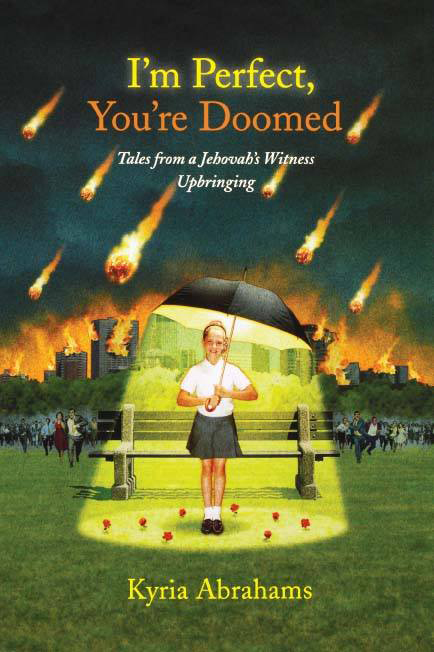