A political party in Latvia has come under fire after its official Facebook page posted a “Nazi-related ad,” which apparently aims to show the EU as a tribal black man and Latvia as a blond white woman nursing a black baby.

The scandal started on Sunday, when the Latvian Social Democratic Workers' Party (LSDSP) posted the controversial picture ahead of the October parliamentary election. In addition to the semi-naked couple the image shows the rainbow flag of LGBT pride, the national flag of Latvia in the background and a former logo of the national tax agency. A note above it said it showed Latvia if people didn’t vote for the LSDSP.

The post quickly sparked outrage on the social media, as people accused the party of blatant racism. Adding to controversy was the origin of the picture, which was manipulated to produce the ad. It’s based on a painting called “The Modern Family” and attributed to an artist called Herbert Smagon. It is, however, not clear whether Smagon is a real name or a pseudonym.

The name is famous for a series of hyper violent images depicting Nazi Germany being raped and massacred by Allied troops. Serving the same purpose as the paintings in North Korea anti-American art museum, the pictures are deemed very patriotic and inspiring in neo-Nazi circles.

The ad was quickly taken down and the LSDSP, a party that traces its history back to 1918, but currently has little support and no seats in the national parliament. Back in 1998 it managed to get 14 seats in the 100-sead legislature.

It is said the person who posted the picture has been expelled from the ranks and that the incident will be addressed at an upcoming party session. The party apologized to people, who felt offended by the image, but denied that it had anything to do with racism. 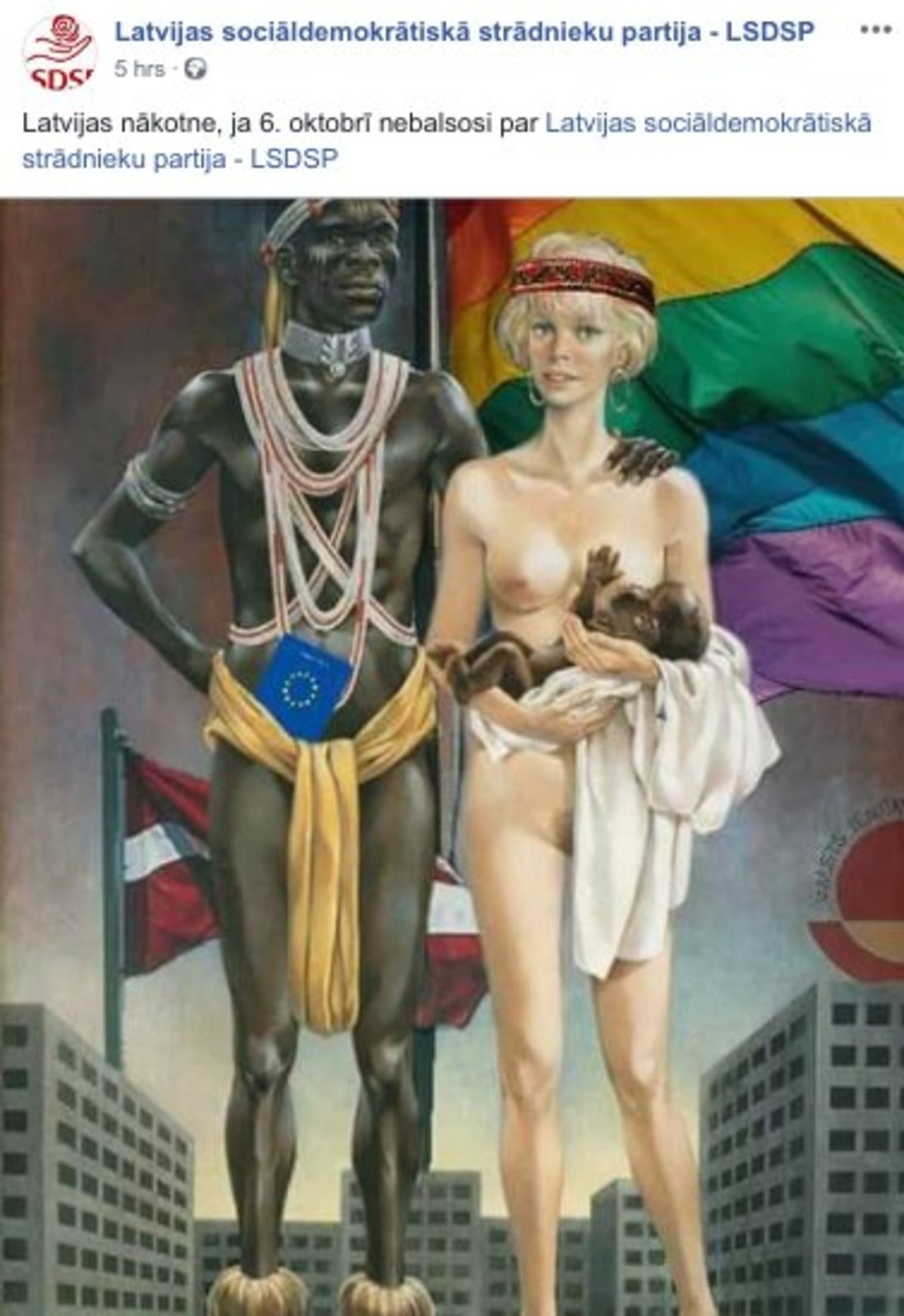