The “Knights for Socialism” group at the University of Central Florida (UCF) held a workshop Sunday to teach left-wing students how to “BASH THE FASH” with a “Leftist Fight Club” open to everyone but Republicans.

“In response to the record number of hate crimes against Latinxs, Immigrants, Muslims, Women, the LGBTQIA+ community, Jews, African Americans and other minorities since the rise of Donald Trump and other Alt-Right Neo-Nazis, Knights for Socialism has decided to host a series of self-defense clinics for anyone that wants to learn how to BASH THE FASH,” asserts the Facebook event page for “Leftist Fight Club: The Rumbles at Lake Claire.”

“This event is open to everyone and anyone, EXCEPT REPUBLICANS.”    Tweet This

The description explains that a local amateur boxer was on hand to teach basic hand-to-hand combat techniques at the self-defense clinic, in order to help the socialist students better protect themselves from potential hate crimes performed by those sympathetic to “Donald Trump and other Alt-Right Neo-Nazis.” 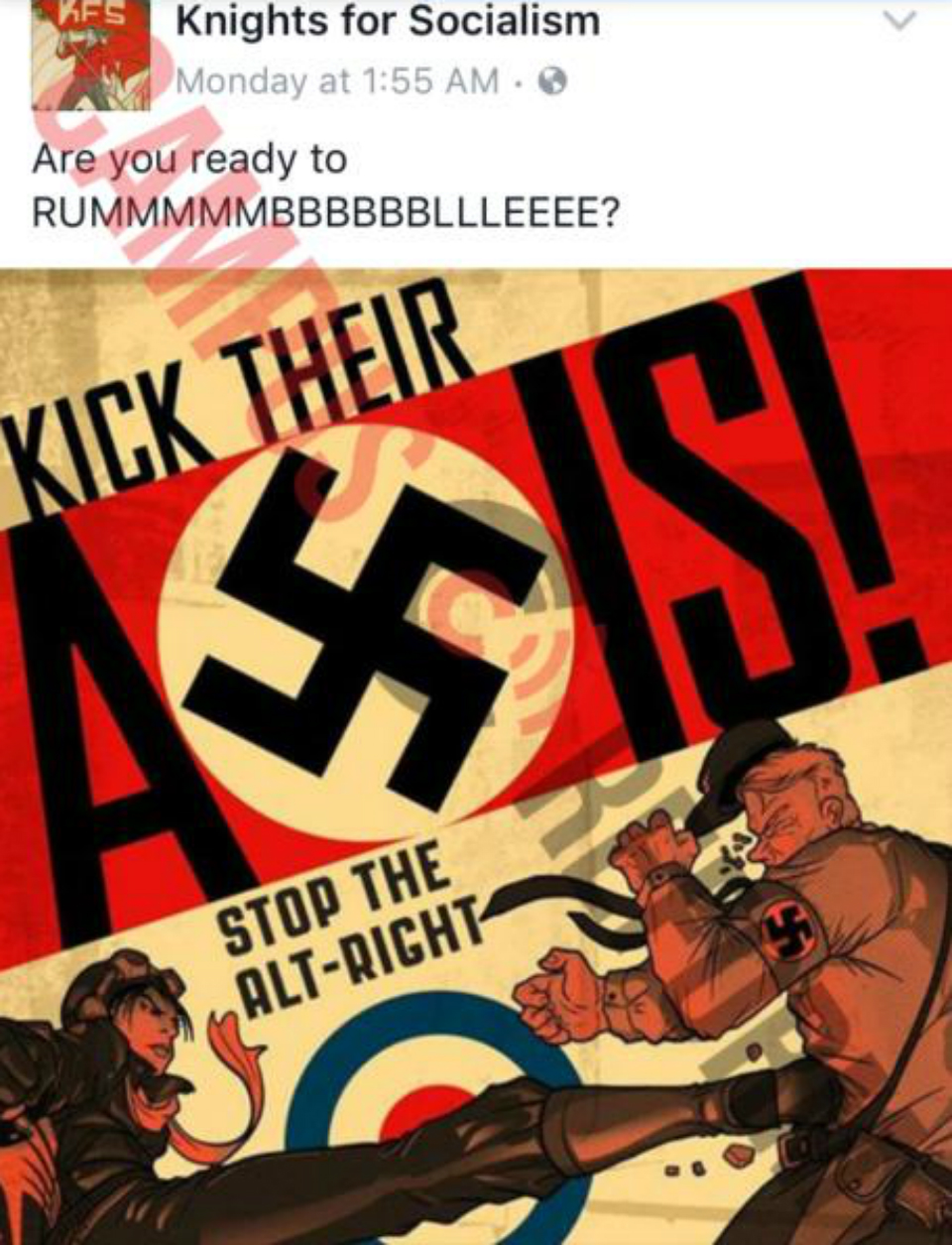 After the instruction, students were given the opportunity to practice what they learned by sparring with one another.

The event planners specifically urged women to attend because they expect a rise in sexual violence due to the election of President Trump.

“Ladies: The Commander in thief is a sexual predator and rapist,” the description warns. “He has normalised sexual assault and it is expected that sexual violence against women is going to skyrocket in the next 12 months. Please join us! There will be other women there for you to spar against!”

The organizers also imply that they are looking forward to unprotected sparring, remarking that “We will have gloves and pads, no bare-knuckle yet ;).”

Scott Benton, a UCF College Republican, told Campus Reform that he considers the impulse toward violence to be a natural consequence of the intellectual indefensibility of leftists beliefs, saying, “If you can’t hang with someone on a debate stage, then you resort to other means to try and justify your cause.”

Other students, however, say they feel less safe on campus because of the event.

Campus Reform obtained an email exchange in which a UCF student alerts the Dean of Student Conduct, Dana Juntunen, to the existence of the “disturbing event,” to which Juntunen replied by thanking the student for bringing the event to the school’s attention and stating that campus administrators would be “looking further into this.”

“This event is open to everyone and anyone, EXCEPT REPUBLICANS,” the Facebook event page proudly proclaims.

Karis Lockhart, chair of the UCF College Republicans, put it simply, telling Campus Reform that “the fact that the description of the event says ‘everyone except republicans’ means they don't want to hold an educational discussion about the issues, they just want to whine.”

Neither Knights for Socialism nor UCF spokespersons responded to requests for comment from Campus Reform in time for publication.