Jun 10, 2008 Source: timesonline.co.uk
Ed comment: If RFID is implemented together with this technology, it's also the first step towards getting Ubiquitous Computing into the city landscape. This is what Adam Greenfield called "Everyware". All touch, sensory and other Haptic devices can with the help of biometrics read WHO is walking on the floor and WHERE they are. 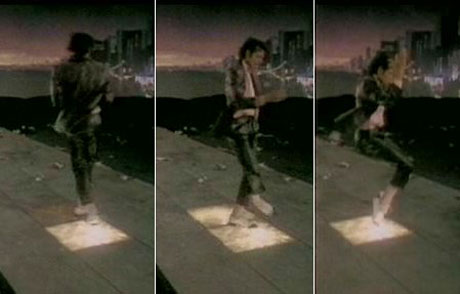 The power of the wind and the tide have been harnessed – now the footfall of trudging shoppers is to become the latest source of emission-free energy.

Underfloor generators, powered by “heel strike” and designed by British engineers, may soon be installed in supermarkets and railway stations.

The technology could use the footsteps of pedestrians to power thousands of lightbulbs at shopping centres. It works by using the pressure of feet on the floor to compress pads underneath, driving fluid through mini-turbines that then generate electricity, which is stored in a battery.

Engineers who have modelled the effects of the technology at Victoria Underground station in central London have calculated that the 34,000 travellers passing through every hour could power 6,500 lightbulbs.

David Webb, a structural engineer at the consultant Scott Wilson, which is in discussions with Network Rail and with retail firms to install the devices, said: “It’s just picking up on the fact that all structures move a bit. This technology says, okay, we can do something useful with that energy.”

In addition to floors, the technology could also be installed beneath railway lines and on road bridges to exploit the energy of passing trains and vehicles.

The plans for heel-strike generation follow successful trials last year at a bridge in the Midlands where generators converted energy from trains passing above into electricity powering a flood detector.

One of the first locations for foot-powered electricity is likely to be the Spinnaker Tower, a 560ft-high viewing platform for tourists in Portsmouth. Miniature generators would be installed beneath the surfaces of the stairs used by visitors.

“As well as the feet, we have also looked at using the devices to harness the swaying movement of the entire Spinnaker Tower,” said Webb. “All buildings sway but things like television masts would be especially good because they move around a lot more.”

The technology is based on mini-generators built into soldiers’ boots, tested by the American military. It has been adapted into prototypes for use under floors by The Facility, a company based in London.

The underfloor generators could in theory be used in any place where there are large numbers of pedestrians, although the expense of the technology at its current stage of development means that it is unlikely to become widespread for several years.

Any surface that readily moves under the impact of pedestrians walking, such as footbridges, could potentially be adaped.

Engineers at The Facility believe that possible locations could also include powering floodlights at sports stadiums from the spectators walking around.

There could also be a range of domestic uses, for example powering iPods by plugging them into batteries placed in the owners’ heels, using technology which is already available.