The Northern California town of Livermore is once again preparing to celebrate a light bulb that has been glowing for more than a century. The four-watt workhorse has shone more-or-less continuously since 1901. 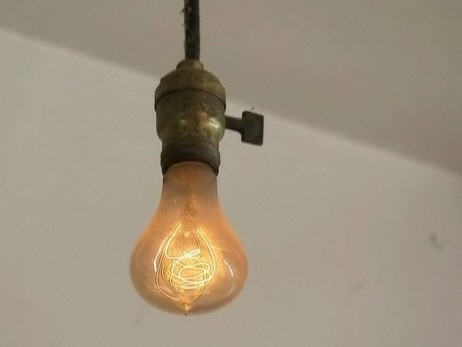 A lightbulb in a California fire station has been burning for more than a century.
“Nobody knows how its possible. It is a 60 watt bulb and its only turned on for about 4 watts but nobody knows why it keeps burning. Weve had scientists from all over the country look at this light bulb, of course nobody has ever been able to touch this light bulb,” said Lynn Owens, a retired division chief with the Livermore Fire Department and chairman of the towns light bulb centennial committee.

Livermores favorite light bulb, which will be honored on June 18, was first installed in a local fire station in 1901, the gift of a local businessman. Since then, with the exception of a brief period in 1903, a week or so in 1937 and some power outages between then and 1976, the light has been on.

The handblown globe, declared the oldest known working light bulb by the Guinness Book of World Records, blinked out briefly in 1976 when it was moved to a new fire station in this town about 45 miles (72 km) east of San Francisco.

Read the full article at: theweathernetwork.com