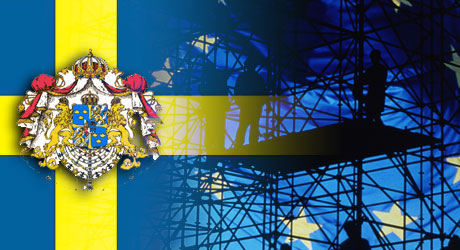 The Swedish parliament late on Thursday (20 November) adopted the Lisbon treaty by a sweeping majority, becoming the 23rd EU country to ratify the text.

The opposition Left Party and Green Party had tried to build a 48-vote blocking minority to put off ratification for one year. But the four parties in the centre-right government coalition and the main Social Democrat opposition party pushed through the EU document.

The long debate, which started at noon and saw 36 members take the floor, concentrated on Sweden's collective labour agreements and transfer of sovereignty.

"This is by far the biggest shift in power since we joined the EU," he added, comparing the Lisbon text - which patched together bits of the defunct EU constitution - to "Frankenstein's Monster."

Swedish collective labour agreements - in which workers' groups agree pay with employers - came to the fore in a European Court of Justice verdict in 2007. The court ruled in favour of Latvian company Laval in a case concerning the town of Vaxholm, clearing the way for cheap eastern European labour to enter the Nordic country.

"This issue has nothing to do with the Lisbon treaty," Moderate Party member Goran Lennmaker said, according to Svenska Dagbladet.

"[The treaty] means that the EU will go some way towards being more democratic and transparent," Social Democrat deputy Sven-Erik Osterberg added, referring to Lisbon-envisaged plans to give more law-making powers to the European Parliament.

"Sweden is one of the countries that would lose most of the influence if the Lisbon treaty is not adopted," Swedish EU minister Cecilia Malmstrom said, pointing out that Sweden will lose seats in the European legislature under the existing Nice treaty.

Final four
The Swedish result comes after Ireland voted No to Lisbon in a referendum in June. A small crowd of anti-Lisbon campaigners protested outside the Swedish embassy in Dublin on Thursday, saying the Irish government should have told Sweden the treaty is dead.

The Polish president has refused to sign off on the treaty unless Ireland overturns its No.