As UK politicians struggle to get to grips with the electorate’s momentous decision to leave the EU, one of the major issues behind the vote is getting worse by the day, official figures show.

The statistics, which critics said proved the EU’s immigration policy was a “complete failure”, show alarming rises in seabound attempts to enter Europe.

The new study from the International Organisation for Migration, an internationally funded research body with offices in 100 countries, found that some 227,316 migrants and refugees entered Europe by sea in 2016 - mainly arriving in Italy, Greece, Cyprus and Spain.

The flow of migrants has increased from 141,969 in the same period last year and one observer condemned the record numbers as an “utter failure of EU migration policy".

The study found that migrants are increasingly risking the perilous journeys, with some 2,920 dying, mainly from drowning, this year alone - a dramatic rise on the 1,838 who perished during the first six months of 2015.

This means that migrant fatalities in the Mediterranean in 2016 are now 1,082 more than last year’s mid-year total.

The 383 deaths in June - slightly fewer than 13 per day - were the highest monthly total for June in three years.

In the first three days of July, two landings took place in Italy. Some 352 rescued migrants were brought to Augusta and 349 to Catania. 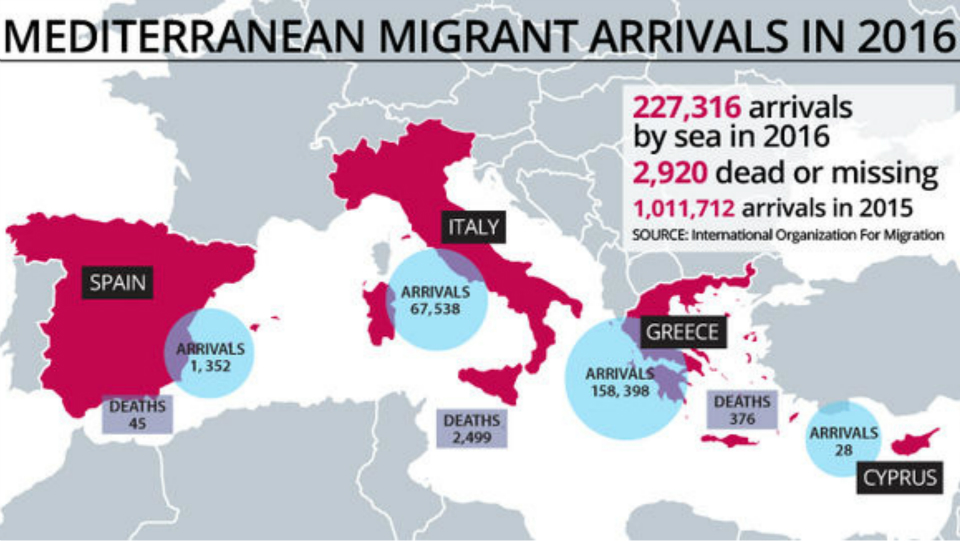 The Italian coastguard said huge numbers were now having to be rescued, with spikes in the numbers whenever bad weather eased.

An Italian coastguard official explained: “We got in one day the number of arrivals we normally record in a week, as it often happens after periods of bad weather.

“We have saved a total of about 4,500 people in about the last 40 rescue operations.”

The study found that the main departure country in 2016 has been Libya, followed by Egypt.

Most of the rescue operations have occurred in the Channel of Sicily. Rescued migrants and refugees are brought to several ports in Sicily (Catania, Augusta, Porto Empedocle, Pozzallo, Palermo), Lampedusa, Calabria (Reggio Calabria, Crotone) and Apulia (Taranto).

IOM said it now has staff deployed at the main landing points in Sicily (including Lampedusa), Calabria and Apulia.

They are providing legal assistance to those arriving by sea, monitor reception conditions and support the authorities in the identification of vulnerable groups.

UKIP MEP Mike Hookem said the figures showed EU policy on migration had failed and that the UK “needs a beefed up border force.” 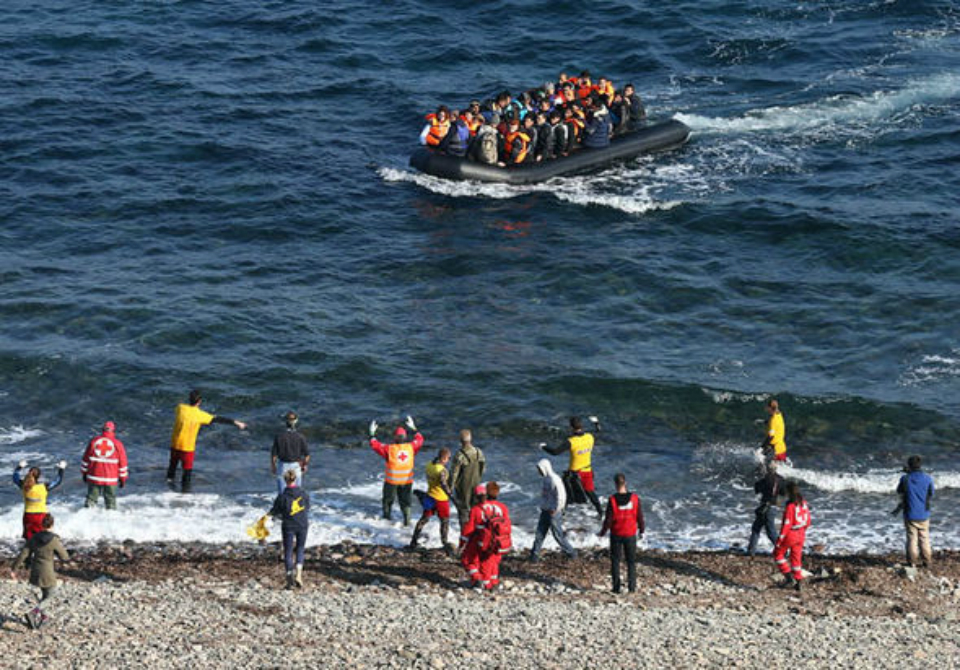 He said: “Brussels told anyone who would listen that if a person landed on the coast of an EU country like Italy or Greece then they would be let in as a refugee if they were an economic migrant. If they were a criminal or terrorist we would be none the wiser and they would be allowed entry in any case.

“Meanwhile our own border force has taken a hit from this government - probably because Mr Cameron expected the UK to vote for remain and we’d become part of the EU coastguard and border force which is being debated here in Strasbourg this week.

“We need to invoke Article 50 straight away, sending a message that the UK is not a cash cow for people traffickers exploiting the EU’s porous borders and take back control.”

The crisis has reached a point that Hungary is to hold a referendum on October 2 - dubbed the Hexit - polling the nation on whether it is right for them to accept a quota of refugees set by the EU without reference to the Hungarian government.

The move comes as Brussels discusses a change to asylum rules which would force member states to accept a fixed number of refugees or pay for them to be housed elsewhere.

The referendum question put to Hungarians will be: “Do you want the European Union to be entitled to prescribe the mandatory settlement of non-Hungarian citizens in Hungary without the consent of parliament?”

Encouraged by Britain’s vote to quit the EU, Prime Minister Viktor Orban is hoping a successful referendum result will give him the power to challenge Brussels.

Orban took an anti-immigration stance during the migrant influx to Europe last year.

Hungary was the main entry point into the EU’s border-free zone for migrants travelling by land until Orban shut the Croatian and Serbian frontier.

More than 17,000 migrants have crossed into Hungary from Serbia so far this year, according to the government.