Aug 15, 2014 Source: ancient-origins.net
A groundbreaking new study published in the journal PLOS ONE has revealed the discovery of burial wrappings soaked in embalming agents at a Neolithic grave in Upper Egypt, which shows that ancient Egyptians were experimenting with or practising mummification at least 1,500 years earlier than previously suggested.

According to a news release in Live Science, the burial shrouds had been sitting in England’s Bolton Museum for nearly a century after being dug up from the Badari and Mostagedda prehistoric burial grounds in the Nile Valley, which are dated to between 4,500 BC and 3,100 BC. The linens were originally wrapped around a number of well-preserved corpses, but scientists at the time had assumed that the hot, dry desert sand had naturally mummified the corpses.

While environmental conditions may have played a part, the new research, which involved a detailed analysis of fifty mummy wrappings, shows that the ancient Egyptians were producing mixtures from animal fats, tree resins, plant extracts, sugar, and natural petroleum, which contained powerful antibacterial elements and had embalming properties. The researchers also found chemical signatures of heating, suggesting these substances had been processed in antiquity. 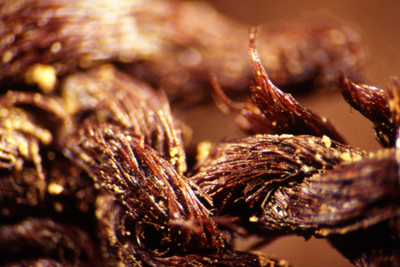 "It was a recipe that was relatively consistent [across all samples], and it was the same recipe, essentially, that was being used later in pharaonic, classical Egyptian mummification," said study researcher Stephen Buckley, an archaeological chemist at the University of York in England.

"If you can preserve the body, you can perhaps cheat death and survive into the next life. That was the late-Egyptian mindset, and it seems [earlier cultures] were already thinking on those sorts of lines," added Buckley.

Although the mummies of ancient Egypt are arguably the most famous mummies in the world. They are not the oldest.