Feb 9, 2016 Source: independent.co.uk
Scientists studying the DNA of ancient Europeans found evidence of a 'major population upheaval' at the end of the last Ice Age 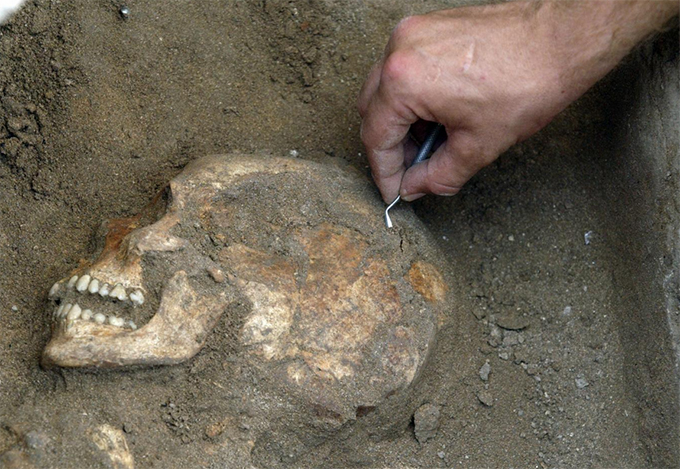 A major and unexplained population shift occurred in Europe around 15,000 years ago when local hunter-gatherers were almost completely replaced by a group from another area, scientists researching our ancestors' genetics have discovered.

The findings were made after the extensive study of DNA evidence obtained from the bones and teeth of ancient people who lived in Europe during from the Late Pleistocene to the early Holocene, a period of roughly 30,000 years.

While attempting to find more genetic data from this time period, researchers from the Max Planck Institute for the Science of Human History in Germany made an unexpected discovery.

The Institute's Johannes Krause said: "We uncovered a completely unknown chapter of human history: a major population turnover at the end of the last Ice Age."

To try and piece together the facts of this 'lost period' the team analysed the mitochondrial genomes of 35 hunter-gatherers who lived in Italy, Germany, Belgium, France, the Czech Republic and Romania, from around 35,000 to 7,000 years ago.

Three of these 35 people had DNA that belonged to 'haplogroup M', meaning they all were part of a single line of descent.

This haplogroup is almost completely absent in modern Europeans, but it's very common among modern Asian, Australasian and Native American populations.

The absence of this haplogroup in places other than these led scientists to believe that non-African people dispersed gradually throughout history to colonise other parts of the world.

However, the discovery that this haplogroup existed in Europe relatively recently instead suggests that all non-Africans quickly dispered from a single group at a specific time, which scientists believe occurred around 50,000 years ago.

This is a major discovery in itself, but the researchers' biggest surprise came when they found evidence that there was a major population turnover in Europe around 14,500 years ago, as the last Ice Age ended and the world began to warm.

As Adam Powell, another Max Planck Institute author explained: "Our model suggests that during this period of climatic upheaval, the descendants of the hunter-gatherers who survived through the last glacial maximum [Ice Age] were largely replaced by a population from another source."

The next step for the researchers is to construct a more comprehensive picture of European genetics from this period, in order to find out what could have caused this huge population change.