New rock lines discovered in Peru predate the famous Nazca rock lines by centuries and were likely the site of ancient fairs at one time, scientists reported in the journal Proceedings of the National Academy of Sciences.

According to Discovery News, the newly found lines - which are gigantic patterns of light-colored lines scratched into the darker desert rock - were created by the people of the Paracas, a civilization that arose around 800 B.C. in what is now Peru. But the lines themselves date to around 300 B.C., making them at least 300 years older than the Nazca lines, said Charles Stanish, the director of the Cotsen Institute of Archaeology at the University of California, Los Angeles, who reported the new find Monday. 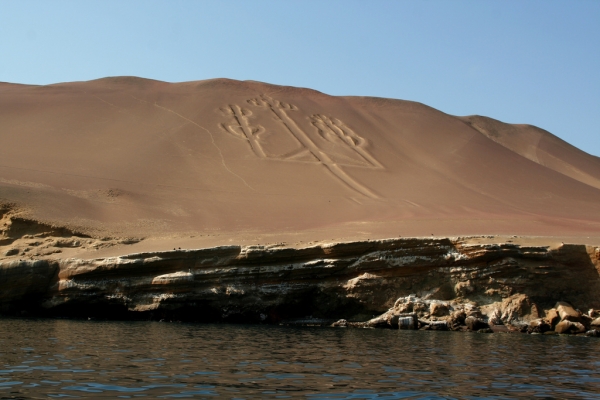 "New rock lines discovered in Peru predate the famous Nazca rock lines by centuries and were likely the site of ancient fairs at one time, scientists reported in the journal Proceedings of the National Academy of Sciences. Pictured: Paracas Candelabra geoglyph in Peru." Via NatureWorldNews
"They used the lines in a different way than the Nazca," Stanish told Live Science. "They basically created these areas of highly ritualized processions and activities that were not settled permanently."

To give people an idea of what that means exactly, Stanish equates these sites to the widely popular European medieval fairs people once flocked to.

The Nazca lines, created by the Nazca culture that "flourished roughly from A.D. 100 to 600," had long dominated the ancient Peruvian geoglyph scene before this discovery was made. 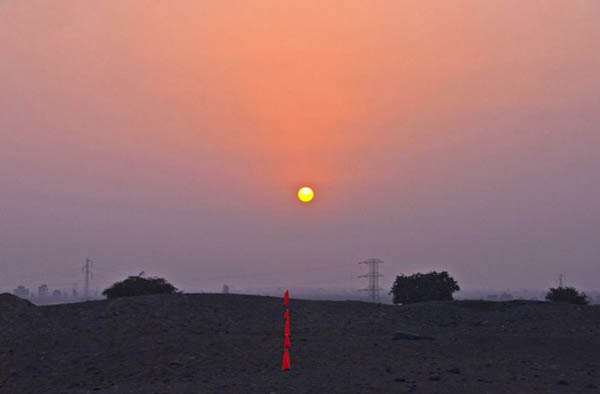 Intricate rock lines in the Peruvian desert probably advertised for ancient trade gatherings. Above, a marker points to the solstice sunset. Via Discovery News
The Nazca geoglyphs stretch for miles across a high Andean desert and are famous for their unique geometric, plant and animal shapes, and even a humanoid figure called "the astronaut."

Scientists still don’t know why the Nazca lines were made, but they have some ideas.