Nivea did nothing wrong. 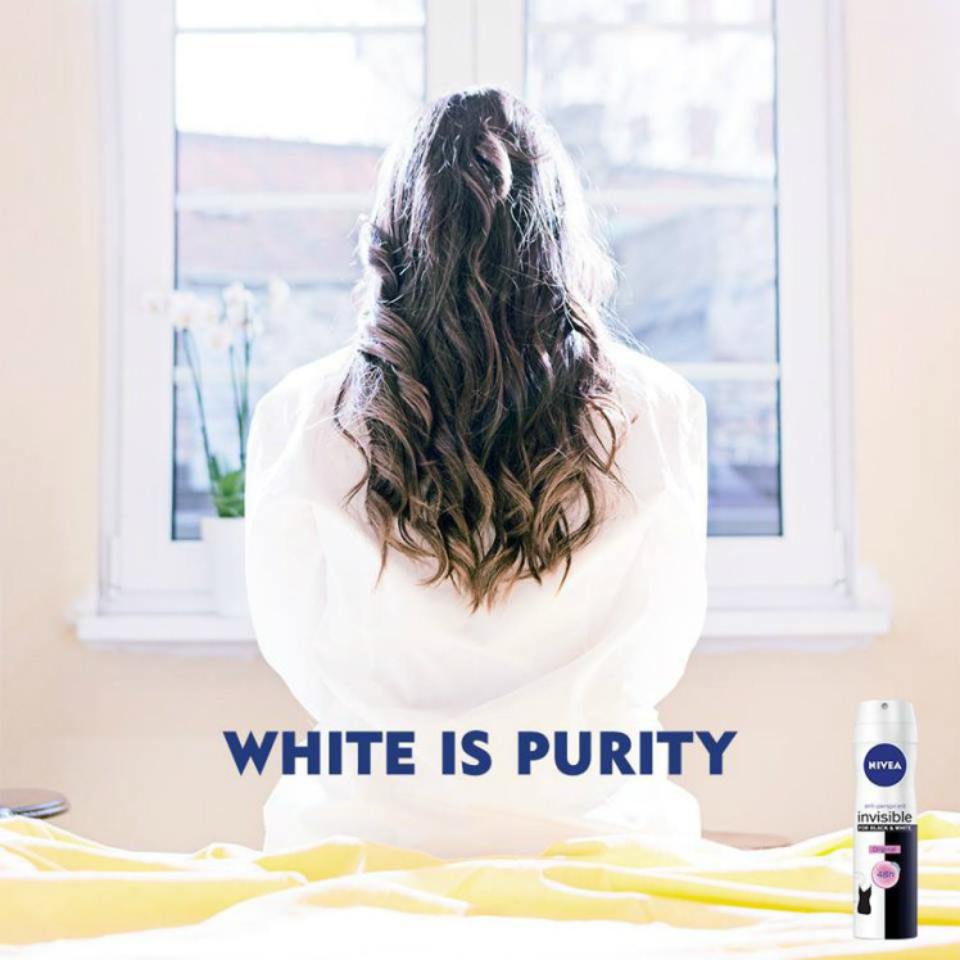 German skincare brand Nivea pulled an ad declaring “white is purity” after social media users protested its racist connotations, and others used the ad to spread messages of white supremacy.

The ad for the company’s Invisible for Black & White deodorant depicts a woman with long hair, draped in a white robe, with the slogan “White Is Purity” across the bottom of the image.

The ad was posted on the company’s Facebook page and geographically targeted to users in the Middle East with a caption that read, “keep it clean, keep bright. Don’t let anything ruin it, #Invisible.”

The ad was later pulled and the post was deleted after going viral on the same day as Pepsi pulled an ad for being insensitive.

Nivea sent an apology directly to Twitter users who accused them of racism with the message: “The NIVEA Middle East post was not meant to be offensive. We apologize. It’s been removed. NIVEA values diversity and tolerance.”

No, of course not. You're thinking of white.

The color white has long symbolized purity, innocence, and light – and not just in the West.

Nevertheless, the culture of "microaggressions" cultivated by the Left forces everyone to adhere to increasingly absurd standards lest they incur the wrath of melanin supremacists, beta males, and blue-haired feminists.

As such, it's unsurprising that Nivea pulled the ad. However, I look forward to the day when Leftist hegemony is shattered, and corporations are instead forced to worry about promoting degeneracy and liberalism.