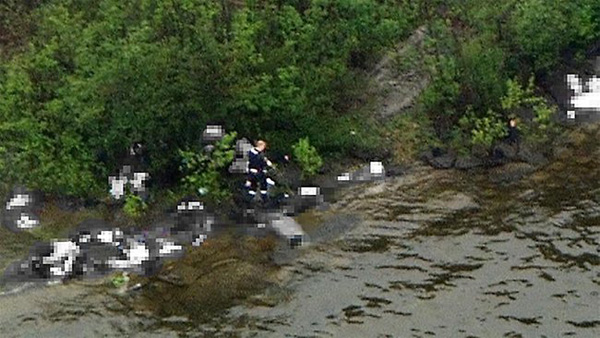 Geir Lippestad Mr Lippestad said it was “too early” to say if his client was mad, but added: “The whole case has indicated that he is insane.”

He said his client had taken drugs before going on the rampage “to be strong, efficient and awake” and was “sorry that he had to do this but it was necessary because he is in a war”.

Asked to describe Breivik, Mr Lippestad said he is “a very cold person” but “I can’t describe him because he is not like anyone else”.

The lawyer also confirmed that Breivik did make visits to Britain as he planned his “war” against Islam, and he said Breivik had referred to other “cells” outside Norway that were ready to follow his example.

“He says there are two cells in Norway and others from the Western world,” Mr Lippestad said at a press conference in Oslo.

Scotland Yard officers are trying to unravel Breivik’s links to British extremists after it emerged he had extensive contact with members of the right-wing English Defence League.

Mr Lippestad said his client had told him “he travelled to Britain” but did not say when or where.

Members of the EDL have said Breivik came to London in March 2010 when the far-right Dutch politician, Geert Wilders, visited the House of Lords. He is also reported to have been on an EDL march in Newcastle.

Mr Lippestad said his client had pleaded not guilty to murder when he appeared in court yesterday because: “He believes that he is in a war and he believes that when you are in a war you can do things like that without pleading guilty.

“He looks upon himself as a warrior who has started a war and he takes some pride in that.

“He expects this is the start of a war that will last for 60 years. He thinks the rest of the world don’t understand his point of view but in 60 years’ time we will all understand him.”

Mr Lippestad, who is a member of the Labour Party, the target of Breivik’s attacks last Friday, said his client had been “surprised” that he was not stopped sooner as he bombed Oslo and gunned down students on the island of Utoya.

Police have come in for heavy criticism for taking 90 minutes to reach the island, where Breivik shot dead 68 people.

“He was a little surprised that he succeeded,” said the solicitor. “He was expecting to be stopped earlier by the police or someone else on the actual day.”

Mr Lippestad said he did not know why Breivik had chosen him as his legal representative, and was shocked when he got a call from police on Saturday morning.

“I thought about it for 10-12 hours,” he said. “But it’s important in a democracy to hold democracy high and the legal system is an important part of a democracy.”