Research scientist Anthony Samsel has confirmed that glyphosate, a key active chemical in Monsanto’s herbicide Roundup®, has been found in most vaccines! In this video, we hear Dr Samsel reciting his findings.

Additionally, Dr Samsel sent a letter to his Congressional Senator from New Hampshire wherein he gives Senator Shaheen permission to share his laboratory data on glyphosate-contaminated vaccines with “all members of Congress and the public.” 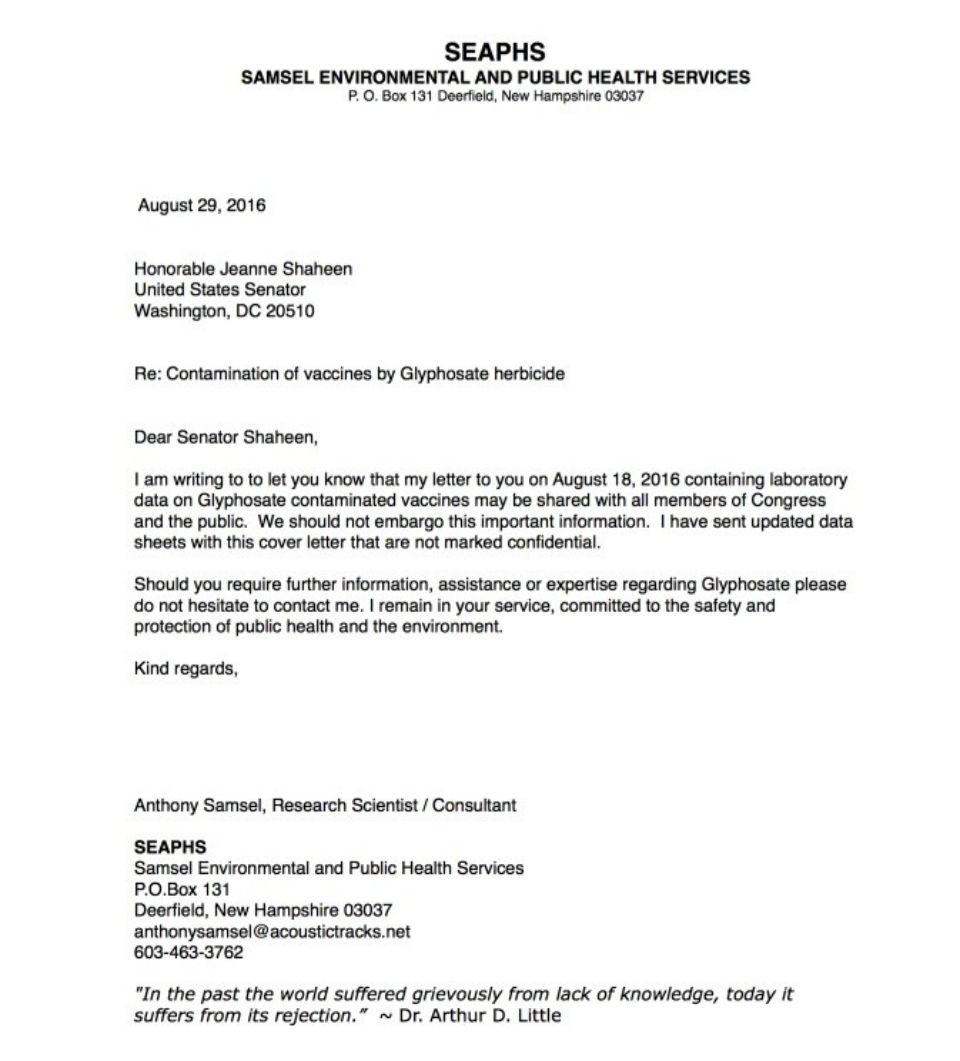 Will she have the presence of conscience to do what U.S. Congressman Bill Posey of Florida did when, in July of 2015, he went before Congress to ask for a congressional investigation into the science, fraud and collusion regarding the MMR vaccine—Autism connection found in African-American boys under three years of age, as exposed in 2014 by CDC epidemiologist William Thompson, PhD, one of the co-authors of the CDC report which eliminated that pertinent data and documentation from the CDC’s published information?