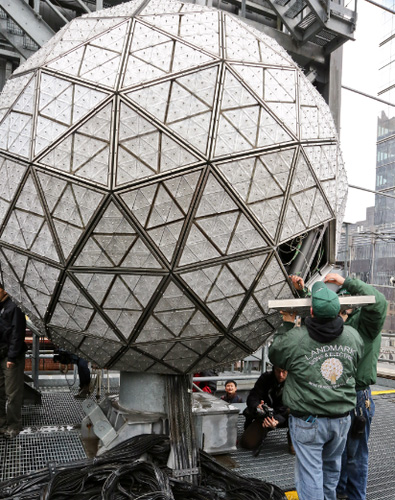 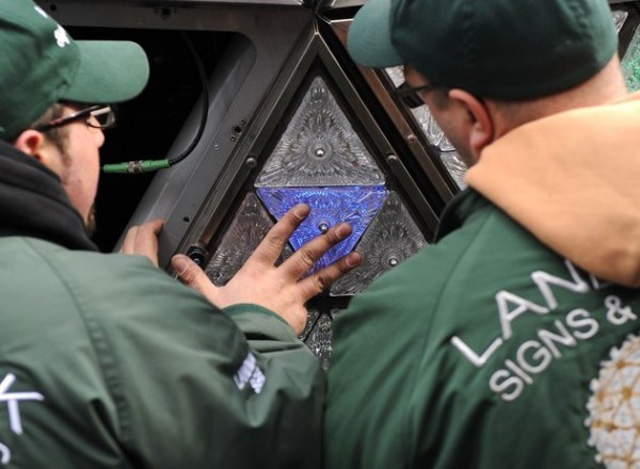 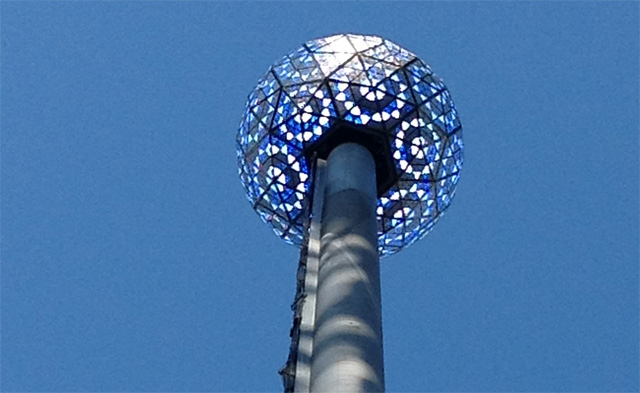 For over 100 years, the drop of the Times Square New Year’s Eve Ball has been the emblem of the transition into the New Year. But the Waterford Crystal ball will carry a more profound message this year as we head into 2013. 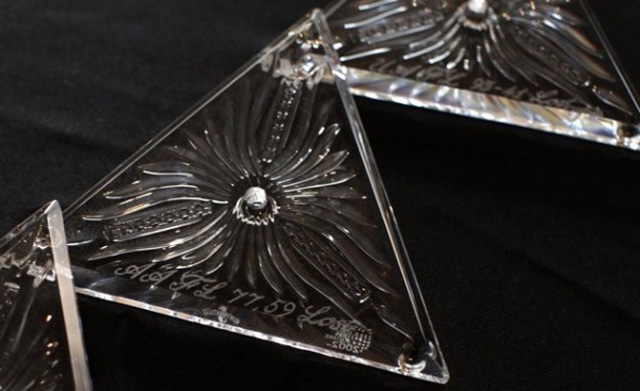 The Times Square Alliance and Rubenstein Communications announced Thursday that the theme for the 2013 ball is Let There Be Peace.

“The world is always a little bit crazy … but spirit of the new year is a hope for a new beginning,” said Tim Tompkins, president of the Times Square Alliance. 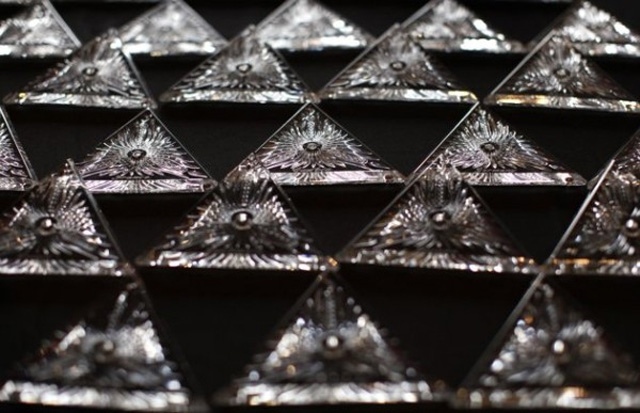 Workers installed 288 new Waterford Crystals on the Times Square New Year’s Eve Ball. Each 4.75 to 5.75 inch crystal is engraved with a dove surrounded by rays of sunlight. They are built to withstand harsh weather. 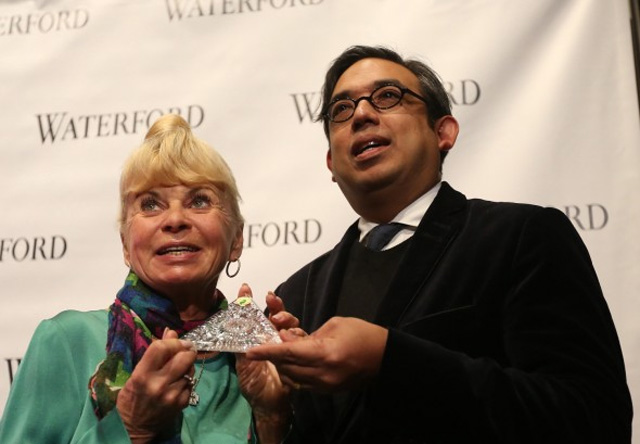 Kari Clark (L) and Regan Iglesia (R) hold a crystal triangle dedicated to Dick Clark on Dec. 27. The crystal will be placed on the 2013 Times Square New Year’s Eve ball in memory of the host who passed in April. (Gary Du/Epoch Times Staff)

People can also share their message of peace with the world. The public can tweet #PeaceNYE or post on the Times Square Alliance and Rubenstein Facebook pages, and the most poignant messages will be read on television on New Year’s Eve.

An additional crystal was especially engraved in memory of Dick Clark, the first host of the New Year’s Eve television special in 1974.

Dick Clark’s widow, Kari Clark, received the crystal and watched it become a part of the ball Thursday. 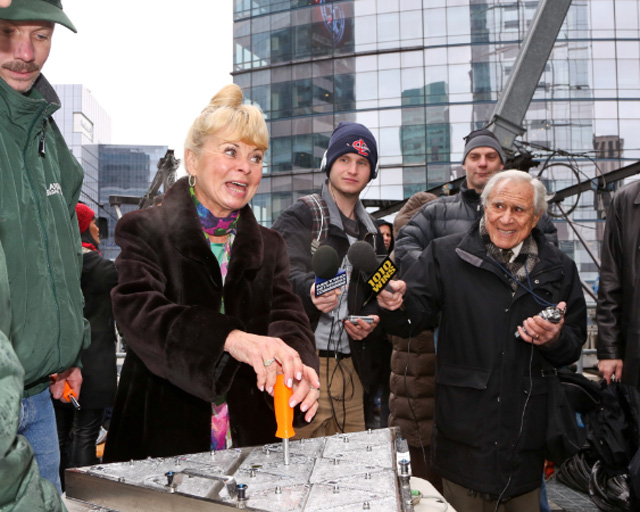 She recalled how the event began with just one cameraman, a lighting man, herself, and her husband, who died in April this year.

Tompkins spoke of how Times Square was a different place when Dick Clark first began hosting, a time before Times Square became a popular tourist attraction.

Clark was intrinsically a part of the Time Square New Year’s Eve’s progression from a mere American television show to something that attracts people around the world to the Big Apple on New Year’s Eve.

“I will miss the kiss this year, but I know I will still feel his presence and I hope you will too,” Kari Clark said.

This year, national television and radio star Allison Hagendorf will host the celebration. The event will begin at 6 p.m. Dec. 31. Vehicular traffic will begin to be blocked off north of 42nd St. beginning around 3 p.m. For more information about the event, and to watch a live webcast, visit www.timessquarenyc.org

What are Time Balls?