President Barack Obama lit into Donald Trump Tuesday, turning the tables to make the impassioned case that Trump is the one who's un-American.

Obama's extraordinary denunciation of the presumptive Republican presidential nominee was about far more than a personal intervention on behalf of Hillary Clinton in the ugly general election campaign.

The commander in chief's fury, which seethed out of him in a stunning soliloquy on live television, amounted to a moment of historic significance: a president castigating one of the two people who could succeed him as beyond the constitutional and political norms of the nation itself.

Obama's remarks, motivated by his disgust over Trump's response to the worst terror attack since 9/11, were also deeply ironic, given that Trump has hounded him for years with insinuations that he's not a real American.

The real estate mogul had returned to that theme on Monday, hinting that in some way the President was complicit or approved of Islamic terror attacks, saying on Fox News, "There is something going on."

Trump has based his attacks on conspiracy theories that Obama was born outside the country or a closeted Muslim. Obama's charge, in contrast, was based on his perception that the billionaire Republican's views are so extreme that he threatens the fabric of America itself.

And Obama sought to shame Republican leaders, many of whom were left squirming by Trump's views. Though they differ with many of his views -- House Speaker Paul Ryan again on Tuesday rejected the GOP presumptive nominee's stance on Muslims -- they are trapped by his millions of primary voters, who made it clear to the party leadership that the billionaire businessman should be heeded.

"That's not the America we want," he said. "It doesn't reflect our democratic ideals. It will make us less safe."

Obama has pilloried Trump before. But Tuesday's remarks displayed a deeper intensity and anger, reflecting his apparent belief that America had reached a dangerous moment given Trump;s new status as the presumptive Republican presidential nominee.

"I think the key for President Obama -- is he is talking to the world," presidential historian Douglas Brinkley told CNN's Anderson Cooper. "Donald Trump isn't just a candidate who a few months back was talking about banning Muslims from the United States. He has got a lot of momentum." 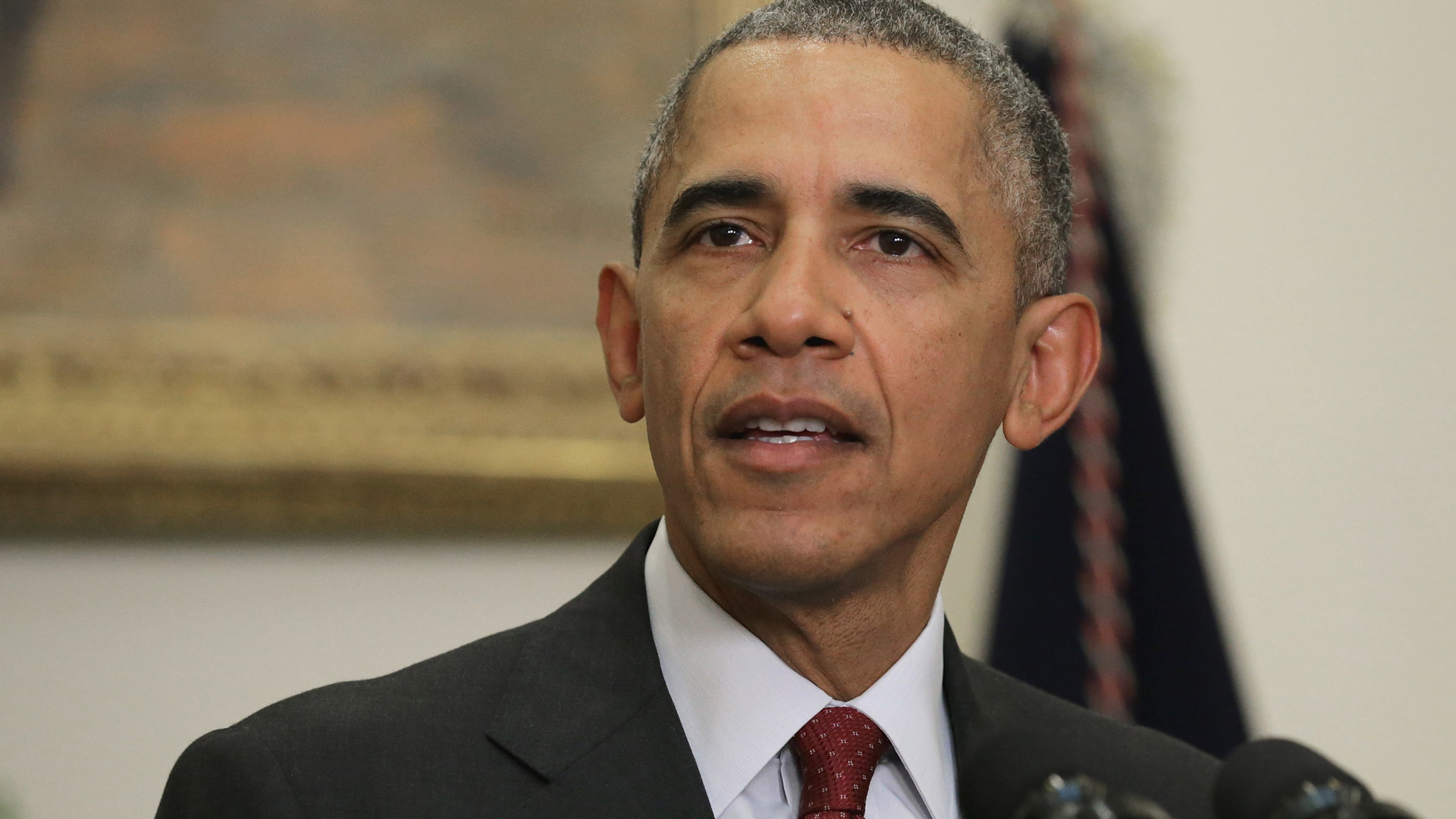 He continued, "President Obama wanted to make clear that the United States government, the federal government says no to what Donald Trump is suggesting, that it is hateful bigotry."

He concluded, "There was ire in his eyes and sarcasm in the way he went after Trump."

Obama told his aides on Monday that he wanted to deliver a speech rebutting the Republican nominee's comments after stewing over them, a senior administration official told CNN's Dana Bash.

The result was the kind of public venting that Obama, one of the world's most self-contained politicians, rarely indulges in publicly -- though this side of his character is familiar to those who have witnessed the much more impassioned rhetoric he adopts in private.

In some ways, it recalled the angry tirade against American politics that Obama delivered after the Newtown massacre of defenseless schoolchildren in 2012 and the subsequent rant he delivered about politicians that he implied were too cowardly to embrace his crusade for gun control.

He hammered Trump over his "dangerous" mindset and "loose talk and sloppiness" about who exactly America was fighting, implying that Trump's remarks were actually driving Muslims who might be prone to radicalization into the arms of ISIS.

And he doubled down to repudiate Republican campaigns that he was abetting terrorism by refusing to use the words "radical Islamic terrorism."

"What exactly would using this label accomplish? What exactly would it change?" Obama asked during remarks at the Treasury Department. "Would it make ISIL less committed to try and kill Americans?" he continued, using a different acronym for ISIS.

"Would it bring in more allies? Is there a military strategy that is served by this? The answer is none of the above," he said. "Calling a threat by a different name does not make it go away."