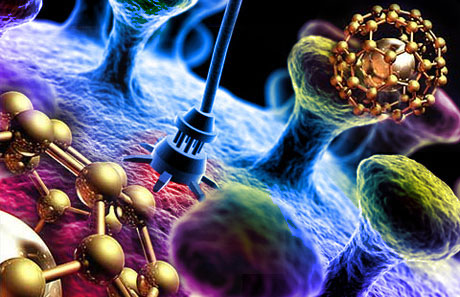 In a surprising reversal of roles, nanotechnology scientists outrival the general public in seeing a cause for concern in some aspects of their work, according to a study published Sunday.

Nanotechnology -- the science of making things measured in units 10,000 times smaller than the width of a human hair -- holds spectacular promise in virtually every sector.

Hundreds of consumer products already contain nano materials, most of which are cosmetics, sunscreens and cleaning products with microscopic particles.

But this is the only first step in what promoters of nano say is a revolution whose impact will be outsized compared to the technology's tiny scale.

Nanomaterials far lighter and stronger than anything in use today could revolutionise the auto and airplane industries, and parallel developments are underway for robotics, computers, clothing, energy storage and air purification.

Two surveys, conducted among 363 nanotechnology scientists and engineers and among 1,015 US adults, find an intriguing contrast in attitudes about this fast-moving yet untested technology.

The average Joe and Jane are more worried than the experts that nano will cause job losses, an arms race and a loss of privacy, according to the surveys published on Sunday in Nature.

The scientists, unsurprisingly, say their work will lead to major breakthroughs in medicine, environmental cleanup and national defence.

But they are also significantly more concerned than the public about the risk of more pollution and unforeseen health problems from nano.

The authors of the study, led by Dietram Scheufele of the University of Wisconsin-Madison, chalk up this gap in viewpoints to two things.

One is that scientists have already launched a debate among themselves about nano-related risks, and lament a lack of research in this field. At the same time, the media promote the potential benefits of nano and downplay the risk aspect, thus giving a distorted view to the public.

Researchers looking at nano risks are focussing on any effect on health from minute particles that are breathed in to the lungs or from putative nano-robots that would be inserted into the body to repair damaged tissue. Questions have also been raised as to whether nano materials could be toxic, for health and the environment.

"The Nano story is one of very slow and rather weak regulatory responses," commented Nigel Cameron, head of the Institute on Biotechnology and the Human Future at the Illinois Institute of Technology and an expert on nanotechnology.

"Public and political awareness of the technology -- even though we have been talking about it for some time -- is amazingly low," he said in an interview with AFP.

In the past, the arrival of new technologies such as nuclear power or genetically-modified organisms are typically greeted with public enthusiasm followed by disquiet when an accident happens or other risks become apparent.

Such backlashes have had a crippling effect in some countries, prompting a freeze or pullout from nuclear power or a moratorium on genetically-engineered crops.

By addressing the risks before their technology widely enters the public domain, nano experts hope to forestall this backward swing of the pendulum.

"Nanotechnology may... be the first emerging technology for which scientists may have to explain to the public why they should be more rather than less concerned about some potential risks," said Scheufele.