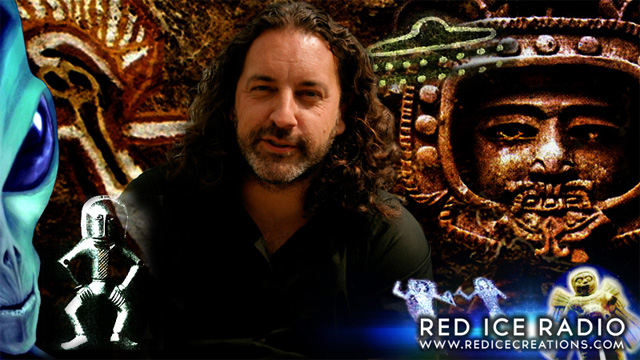 We’ve just been informed of the sad news that author and researcher Philip Coppens passed away on Sunday the 30th of December 2012. Philip was a guest on Red Ice Radio on two different occasions. Both interviews will be available for free from this page.

From November 20, 2011:
Philip Coppens - The Ancient Alien Question & The Return of ET

From March 22, 2007:
Philip Coppens - The Canopus Revelation & The Stargate Conundrum

We’ve not only had the opportunity to speak with Philip about his work but we have also enjoyed much of his writing through the years. Many of his articles on his website philipcoppens.com have covered some of the most interesting megalithic and sacred sites around the world. Coppens also covered biographies, events, reviews of films and books. We urge anyone not familiar with his books or articles to take to opportunity to learn more.

We’re sorry to hear that Philip passed away. We didn’t know him personally, but we’ll certainly miss his contributions to this field of work.

For more information about Philips condition, please see the following from disinfo.com:

Philip Coppens died of angiosarcoma, a rare form of cancer, today. Philip was the author of numerous books on speculative history topics, including The Ancient Alien Question and The Lost Civilization Enigma. He was also featured in several documentaries and television programs, including The History Channel’s Ancient Aliens.

A page created to fund his cancer treatment has been updated with the following message:

It is with a very heavy heart that we inform you that earlier today (December 30th, 2012), after a difficult weekend and emergency surgeries, Filip (Philip) Coppens passed away. Suffering from a sudden and unexplainable illness, Filip was just hospitalized a few weeks ago and had been just recently diagnosed with a rare cancer called angiosarcoma, which attacks the inner lining of blood vessels. While the causes still remain unknown, the results are usually fast-growing and highly aggressive tumors. Because of the tendency to reoccur near the original site, surgery is the primary treatment, with chemotherapy and/or radiation therapy both before and after. So much is still unknown about this rare disease, accounting for only 0.1% of adult malignancies. Filip and his family very bravely faced the numerous tests and specialists, especially during this holiday season. There were numerous surgeries performed and he underwent many traditional treatments. He remained hospitalized and the levels of pain varied from day to day. Their love and spiritual belief helped Filip and Kathleen through until now and it is with great sadness that we share the news of his passing.

The following is from inquisitr.com:

Philip’s wife, Kathleen McGowan, also confirmed the news on her Facebook page. “My eternal beloved, my grail knight, my poet prince has made his transition. He is in the arms of the angels. In his last words he asked that I thank you all for loving him so much,” she wrote. A fundraiser page set up at GiveForward (to raise money for his cancer treatments) also confirmed that Philip Coppens is dead. There are other updates of a personal nature available on the website. You can view it for yourself here.

We can now confirm that Philip Coppens has indeed passed away. Giorgio A. Tsoukalos, friend, colleague, and fellow Ancient Aliens commentator, confirmed the sad news on his official Facebook fan page hours ago. “Philip Coppens has moved on to the next level. The transitionary period between this life and the reincarnation of the next IS heaven,” Tsoukalos wrote.