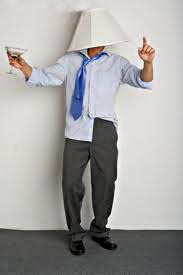 A pill designed to curb someone’s urge to have more than a few drinks is under development in Europe.

If clinical trials are successful, European regulators could approve use of the drug as early as 2012. It would be the first new alcoholism treatment approved there in more than 15 years, Bloomberg News reports.

The drug aims to reduce consumption of alcohol rather than stop it outright, unlike drugs currently on the market that prevent relapses after people quit drinking completely.

Nalmefene aims to reduce consumption without the abstinence requirements of Alcoholics Anonymous and other treatment programs, Adron Harris, director of the University of Texas at Austin’s Waggoner Center for Alcohol & Addiction Research, told the news agency.

A related drug, naltrexone, cuts the desire to drink by blocking the release of dopamine, a brain chemical that generates feelings of pleasure.

Naltrexone is approved in some countries as a treatment for people who have stopped drinking to prevent relapse.

Researchers have tested nalmefene experimentally to reduce consumption without quitting alcohol. But more than one-third of participants receiving nalmefene relapsed, despite weekly follow-up visits and cognitive behavioral therapy, according to Nalmafene.org.

Neither naltrexone nor nalmefene are included on the list of medications approved for use in Canada on Health Canada’s website.

Other anti-alcohol drugs like Antabuse induce vomiting when alcohol is consumed.