Prominent NZ Maori condemns the victim mentality of his people

Editor's note: Alan Duff is a famous New Zealand Author who has spoken out against the blame-game that Maori play against Europeans for their own failings. I'm not sure about the historical accuracy of some of his talking points, but over all he is correct. 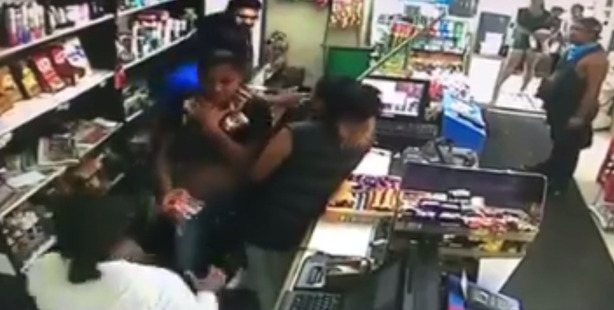 A video of teenage girls rampaging inside a South Auckland superette, robbing it of cigarettes was disturbing.

The owners are Indian. The thieves have clearly grown up on the notion that stealing beats working, and very likely been taught that the Indian superette owners rip brown people off, and not that they work very hard in making a better life for their families.

A Maori rugby team I used to support in Hawke's Bay had a similar attitude to white people. Whenever they played Havelock North - a team with no shortage of Maori and Pacific Island players - the spectators would yell and scream, "Get those rich honkies! Smash them!"

Same loser outlook that girl gang has. I don't know of any Pakeha girl gangs. Nor Chinese, Indian, or Europeans. Just Maori and Pacific Islanders. I know why this is: many brown folk don't grow up knowing anyone in business, so don't respect what they do, the effort and the risk.

As high schoolers, my two youngest daughters have been violently confronted by Maori girls in gangs.

Our Maori political leaders tell us it's all right to whinge about our poverty. But never do they urge us to go into business. A Maori university lecturer recently excused our appalling rate of murdering children as a result of cultural devastation. Excuse me?

The British took over India and ruled them with an iron fist. China's last invasion by Japan was in 1938 and one example of hideous Japanese acts was sons forced to rape mothers, fathers to rape daughters. According to some, the hands of the 23,000 people who worked building the Taj Mahal had their hands cut off so the palace could never be recreated. Virtually every country in Europe has known invasion and suffered violent oppression for decades, even centuries. Hungary has suffered countless invasions from foreign hordes. More recently, under communism, a brutal secret police ruled the country and in the 1950s one in 15 male adults was imprisoned for supposed crimes against the state.

What "cultural devastation" is this excuse-mongering Maori academic talking about?

In 1823, Hongi Hika came down from the Far North and smashed my Te Arawa people, who had fled to Mokoia Island.

Hongi and his warriors feasted on my ancestors' cooked bodies for six days; they took back an estimated thousand captives as slaves. Sounds like worse "cultural devastation" than being colonised.

When Captain James Cook returned to Queen Charlotte Sound, he found a village he'd enjoyed good relations with abandoned. They'd been wiped out.

Every tribe in the country has its own tales of some sub-tribe's total annihilation. The victors remember it with pride. Every Maori tribe has reference in its waiata of promising to shit the enemy out after he has been feasted on.

The English working class suffered horribly under the merciless rule of aristocrats into the 19th century. Children as young as 6 were hung for the most trivial "crime". Australia's first white settlers were convicts sentenced by the British ruling class.

European imperialists, from France to Belgium to Great Britain, colonised African countries which they pillaged of every natural resource. Arab and African slave traders sold African slaves in the millions, and few can claim to have suffered as much for as sustained a period as they.

If Africans are killing their own children, it has nothing to do with "cultural devastation" or colonisation.

This excuse-making is part of why we have Maori girl gangs and seemingly no Maori owners of superettes. How long do we put up with this negative, go-nowhere nonsense?

The late Ranginui Walker was a master of the gripe. The language he used was Pakeha academic-speak, words like hegemony, colonisation, imperialist arrogance. He didn't actually say or do anything to advance Maori people.

These kids are getting the message from someone that behaving like this is okay. "Just don't get caught." And that doesn't mean by their consciences. For 23 years, our organisation's simple mantra to the 500 schools on our programme has been: It's cool to read. Cool to aspire.

If Maori leaders visited schools giving the kids the same message, then every second superette owner would be Maori. If the message "stealing is shameful" was taught from a young age, we brown people would all be better off, and there'd be a lot less of us in prison.