Editor's note: Despite all the evidence, it has already been ruled that Maori never agreed to be under The Crown's rule of law. Now they want to make this official by giving Maori dual governance with the existing New Zealand government. Note the line in this article that says "I see a voting constituency of Maori across the country that will exceed 65 per cent of the general population who identify as Maori". This means a minority white voting block who don't vote racially, against a majority one that does. 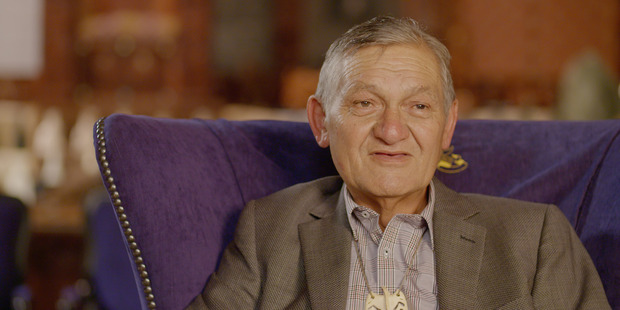 The Maori king has called for a Maori share in New Zealand's sovereignty by 2025.

King Tuheitia used a landmark speech commemorating his 10th anniversary on the throne today to propose a formal role for Maori in the country's leadership.

He did not spell out what he meant by "sovereignty", but seemed to imply a role for Maori tribes or iwi.

"We will fail to get the best opportunities for our people and us if you as the leadership become afraid to achieve a shared success in our communities and in our country, a shared success that means Maaori sharing sovereignty as well," he told a top-level audience of iwi leaders, the King of Tonga and other Pacific leaders.

"I see a country that we as Maori will have a shared role in its sovereignty and this I see happening by 2025," he said.

"I see a voting constituency of Maori across the country that will exceed 65 per cent of the general population who identify as Maori.

"My vision realises the return of all of the battle sites from the Maori Land Wars by 2020, to all affected Iwi. This has begun and I received the title to Rangiriri here last Friday.

"This vision continues with the development of national memorials for the commemoration of the Maori Land Wars on all battle sites, by 2025."

He said shared sovereignty was part of a "political manifesto" for the Kiingitangi movement which he asked his 12-member council Tekau-ma-rua to draw up three years ago.

"I intended that we present it to all political parties and see which of them would work with us," he said.

"The recent election of one of my senior officials (Tuku Morgan) to the presidency of the Maori Party created alot of turmoil and questions here inside the Kiingitanga, but after pondering on it for some time, I have decided to remain static and neutral on this matter."

He called on Maori leaders to play "a large part" in resolving issues such as "the homeless; poverty; the preservation of the reo and culture; building homes; drug abuse and crime organisations around the importantion, manufacture and distribution of drugs; the reduction of crime in general; the poor health state of Maori; the challenges of our prison population and reintegration of prisoners back into society; and the lack of long-term jobs".

On housing, he said: "We must not hesitate to work with any Government to open up more land for future development and building houses with a specific target of improving housing and living conditions for our people."

On the vexed issue of freshwater rights, he said Maori "must be reasonable in our terms and negotiations with the Government, but we will be resolute at the same time".

"I will call another freshwater hui-a-iwi before the end of this year," he said.

He called for Maori culture to adapt to the modern world.

"Our failure to adjust as a culture in this modenn world will inevitably result in us lagging behind in every way," he said.

"Education is important, but it is not everything. Guts, strength, belief, loyalty are just some characteristics and attributes that we must endure we develop and grow."

"She is not only a Waikato girl, she is a lot more than that. She believes in and loves Aotearoa," he said.

"Support for her is wavering at the moment but if she is successful can you imagine the possibilities? Just think what we here in New Zealand can help to influence. Good luck, Helen!"