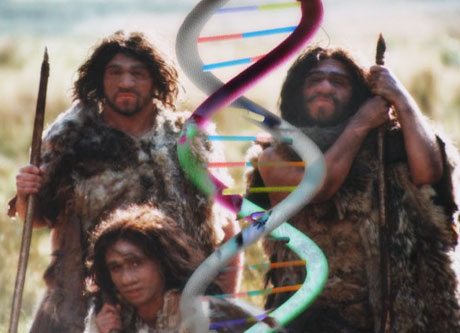 Researchers studying Neanderthal DNA say it should be possible to construct a complete genome of the ancient hominid despite the degradation of the DNA over time.

There is also hope for reconstructing the genome of the mammoth and cave bear, according to a research team led by Svante Paabo of the Max Planck Institute for Evolutionary Anthropology in Leipzig, Germany.

Their findings are published in this week's online edition of Proceedings of the National Academy of Sciences.

Debate has raged for years about whether there is any relationship between Neanderthals and modern humans. Some researchers believe that Neanderthals were simply replaced by early modern humans, while others argue the two groups may have interbred.

Sequencing the genome of Neanderthals, who lived in Europe until about 30,000 years ago, could shed some light on that question.

In studies of Neanderthals, cave bear and mammoth, a majority of the DNA recovered was that of microorganisms that colonized the tissues after death, the researchers said.

But they were able to identify some DNA from the original animal, and Paabo and his colleagues were able to determine how it broke down over time. They also developed procedures to prevent contamination by the DNA of humans working with the material.

"We are confident that it will be technically feasible to achieve a reliable Neanderthal genome sequence," Paabo and his researchers reported.

They said problem of damaged areas in some DNA could be overcome by using a sufficient amount of Neanderthal DNA from different individuals, so the whole genome can be determined.

"The contamination and degradation of DNA has been a serious issue for the last 10 years," observed Erik Trinkaus, a professor at Washington University in St. Louis. "This is a serious attempt to deal with that issue and that's welcome."

"I'm not sure they have completely solved the problem, but they've made a big step in that direction," said Trinkaus, who was not involved in the research.

The researchers "have tried to answer important questions about the potential to sequence ancient DNA," said Potts, who was not part of the research.

But it is "sample intensive," he said, and he isn't sure enough DNA is available to complete the work. Curators don't like to see their specimens ground up, he said.

The research was funded by the Max Planck Society and the National Institutes of Health.