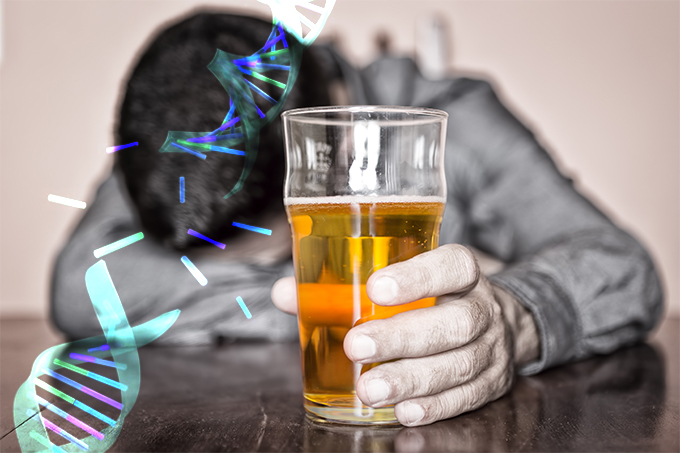 Alcohol is known to be carcinogenic to humans in the upper aerodigestive tract, liver, colorectum, and the female breast. Evidence suggests that acetaldehyde, the primary metabolite of alcohol, plays a major role in alcohol-related esophageal cancer. A new study using human cells has established linkages between alcohol metabolism and acetaldehyde-DNA damage that may have implications for breast and liver cancers.

Results will be published in the December 2011 issue of Alcoholism: Clinical & Experimental Research and are currently available at Early View.

"Although the link between drinking alcohol and certain types of cancers was first established in the 1980s," said Philip J. Brooks, program director in the Division of Metabolism and Health Effects at the National Institute on Alcohol Abuse and Alcoholism (NIAAA), "the existence of such a relationship did not prove that alcohol itself caused the cancers. More recent evidence, however, has confirmed that alcohol -- or more specifically, ethanol -- is carcinogenic to humans at several sites in the body." Brooks, who is the corresponding author for the study, carried out this research while he was an investigator in the NIAAA Laboratory of Neurogenetics, part of the Division of Intramural Clinical and Biological Research.

When alcohol is metabolized in the human body, it is converted to acetaldehyde, a chemical that is structurally similar to formaldehyde. Acetaldehyde can cause DNA damage, trigger chromosomal abnormalities in cell culture studies, and act as an animal carcinogen.

"In most people, acetaldehyde is quickly converted to acetate, a relatively harmless substance, by an enzyme called aldehyde dehydrogenase 2 (ALDH2)," said Brooks. "However, approximately 30 percent of East Asians are unable to metabolize alcohol to acetate due to a genetic variant in the ALDH2 gene, and have a greatly elevated risk of esophageal cancer from alcohol drinking. This helped researchers establish the carcinogenicity of acetaldehyde in humans and its role in alcohol-related esophageal cancer."

Brooks explained that when cells divide, they have to replicate their genomic DNA. "However, when the DNA is damaged, replication cannot continue," he said. "The Fanconi anemia-breast cancer (FA-BRCA) network is a collection of proteins that responds to DNA damage by coordinating DNA repair or helping the replication machinery to bypass the DNA damage, thereby allowing replication to continue. In the human body, the FA-BRCA network seems to be particularly important in protecting against breast cancer."

Brooks and his colleagues used human cells engineered to metabolize alcohol into acetaldehyde by the same enzyme -- alcohol dehydrogenase 1B (ADH1B) -- that is expressed in human liver and breast tissue. They exposed these cells to alcohol at concentrations that would equate to levels found in the human body during social drinking.

"We found that the cells converted the alcohol into acetaldehyde, and that this resulted in increased levels of acetaldehyde-DNA damage," said Brooks. "In addition, the cells responded by activating the FA-BRCA network, as measured by two different methods.

"As our work was done in a cell culture system, using alcohol concentrations designed to correspond to blood alcohol levels attained during social drinking, it remains to be shown whether our findings reflect what happens in human body during alcohol drinking," said Brooks. "Similarly, while our work is consistent with a role for acetaldehyde in alcohol related liver and breast cancer, more studies in animals and humans will be necessary to prove such a role."

Brooks added that he hopes this research and its findings will encourage other investigators to carry out further studies, especially in humans, to explore the extent to which acetaldehyde resulting from alcohol metabolism causes DNA damage and activates the FA-BRCA network in liver or breast cells. "Based on our research as well as more recent findings, it seems likely that the relationship between alcohol metabolism, the FA-BRCA network, and human health will become an increasingly important area of investigation in the future," he said.