Warrantless DNA Testing: Why A National DNA Database Is On The Horizon

Jul 11, 2013 Source: storyleak.com
Your DNA could soon be on file in hundreds of law enforcement databases across the nation and in a national database due to a recent Supreme Court decision allowing the collection of DNA without a warrant. 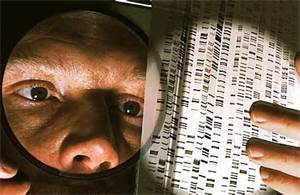 Last month, the Supreme Court came to a decision over a case known as Maryland v. King , ruling that police have the right to test the DNA of anybody that they arrest without a warrant. The decision comes after the Supreme Court settled a similar case by ruling that corporations cannot patent human DNA — 20% of which Anthony Gucciardi revealed was patented at the time.

The decision involved Alonzo King, a Maryland man who was convicted of rape in 2009. Police identified King as a rape suspect after testing his DNA when he was arrested on an unrelated charge. King’s DNA matched a sample taken from the rape victim six years earlier.

Will You Get Swabbed?

Critics of the decision claim police will start arresting people just to test their DNA with a swab. Another problem is that people are arrested all the time for minor charges and complaints. Would those arrested for offensives such as drunk driving or disturbing the peace get swabbed?

Worse, could there be blanket arrests? Could the police arrest and swab every African-American man in town if a woman says the man who raped her was black? Police have done stranger things in the past.