Roman Abramovich paid older oligarchs so that he could obtain a big share of oil and aluminium assets
Roman Abramovich, the owner of Chelsea Football Club, has admitted agreeing to pay billions of dollars for political favours and protection fees to get his hands on the former Soviet Union's mineral wealth.

The puzzle of how the penniless street trader rose to amass an £11.4 billion fortune is explained for the first time in his own words in court papers seen by The Times.

Mr Abramovich paid older oligarchs so that he could obtain a big share of Russia's oil and aluminium assets and to escape unscathed from the deadly post-communist carve-up. He famously emerged triumphant after the “aluminium wars”, in which more than 100 people believed to have been killed in gangland feuds over control of the lucrative smelters. He avoided the fate of a rival oligarch who annoyed the Kremlin and ended up being transported to jail in Siberia for ten years.

Mr Abramovich, 41, has been forced to tell his story because he is being sued for $4 billion by his mentor Boris Berezovsky, 62, a refugee in Britain, at the London Commercial Court. The exile claims that Mr Abramovich became an enforcer-type figure for Vladimir Putin, passing on alleged threats of confiscation - and the jailing of a friend - to pressure him into selling shares in former state assets cheaply. Mr Abramovich has retorted with a 53-page defence that accuses Mr Berezovsky and a Georgian oligarch of demanding huge sums for helping him to rise from obscurity.

The man from Georgia, Arkady “Badri” Patarkatsishvili, emerges as the key intermediary, passing messages between the former friends. Mr Patarkatsishvili was offered $500 million by Mr Abramovich, the defence papers admit, for protecting him in the aluminium wars.

The Georgian was found dead in the bedroom of his country house in Leatherhead, Surrey, five months ago. Tests showed that he had advanced heart disease. He was 52.

Mr Abramovich launches his defence with an icy riposte to his old pal. Mr Berezovsky's signed particulars of claim state that the football boss was formerly his “trusted friend and close business associate”. Mr Abramovich is loath to accept that there was any trust. “Save that it is admitted that the defendant and Mr Berezovsky were friends, no admissions are made,” he states.

Mr Abramovich's vast wealth is founded on the Siberian oil company Sibneft, which was privatised by President Yeltsin in 1995 in an auction that some experts suspect of having been rigged. The Chelsea owner now admits paying Mr Berezovsky, then nicknamed “Godfather of the Kremlin” because of his influence over President Yeltsin, to secure the oil business.

“Prior to the August 1995 decree, the defendant informed Mr Berezovsky that he wished to acquire a controlling interest in Sibneft on its creation,” the defence states. “In return for the defendant agreeing to provide Mr Berezovsky with funds he required in connection with the cash flow of [his TV company] ORT, Mr Berezovsky agreed he would use his personal and political influence to support the project and assist in the passage of the necessary legislative steps leading to the creation of Sibneft.”

The Chelsea owner's next target was the aluminium industry. After privatisation, smelter managers, metals traders and journalists were reported to have been killed as groups battled for control.

Mr Abramovich now admits that he owed his success to the late Georgian oligarch. “Mr Patarkatsishvili did ... provide assistance to the defendant in the defendant's acquisition of assets in the Russian aluminium industry,” he states.

The Georgian had a reputation as a go-between with organised crime. He was employed by a car business to ensure debt repayment and provide protection against gangsters, according to a former head of the Russian Presidential Security Service. Aleksandr Korzhakov is quoted in the book Godfather of the Kremlin saying: “Badri has an alias, like any gangster. In the criminal underworld he is known as "Badar".

Mr Berezovsky's legal action accuses Mr Abramovich of being “close to President Vladimir Putin”. In Mr Abramovich's first public declaration of his relationship with the former president, he states that he “has had, and continues to have, a good working relationship with Mr Putin”. He formally denies, however, that they were close.

Mr Berezovsky escaped Russia after criticising President Putin. Mr Abramovich says that Mr Berezovsky asked him to buy his interests in ORT for $150 million. “The defendant agreed to do so, although the amount increased to approximately $175 million, which was greater than the value of those interests.” No explanation is given why he paid so much over the odds.

Mr Abramovich discloses that there was a showdown at St Moritz airport in Switzerland in 2001 when Mr Patarkatsishvili asked him to pay $1.3 billion to Mr Berezovsky. “The defendant agreed to pay this amount on the basis that it would be the final request for payment by Mr Berezovsky and that he and Mr Patarkatsishvili would cease to associate themselves publicly with him and his business interests.” The payment was duly made.

Mr Abramovich was also willing to pay off Mr Patarkatsishvili. He states that he agreed to pay $585 million “by way of final payment”.

Mr Abramovich denies that he helped himself to Mr Berezovsky's interests in Sibneft and aluminium or that he threatened a friend of the exile. “It is denied that Mr Abramovich made or was party to the alleged explicit or implicit coercive threats or intimidation,” he states.

For more on this, have a look at
The Russian Godfathers - BBC (Video) 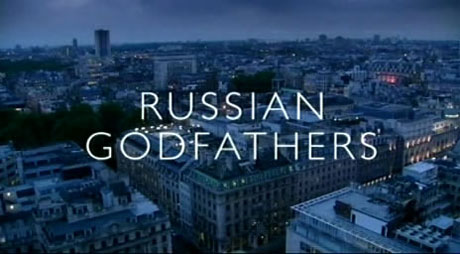