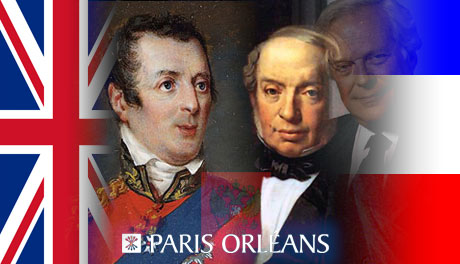 The French and English branches of the Rothschild banking dynasty are to unify ownership of the firm in a single holding company for the first time since the family separated in the 19th century.

Under the new structure, the two sides of the family will own shares in a holding company, FamilyCo, which in turn will own the French and English banks through an existing French vehicle called Paris-Orleans, listed on the Paris bourse.

Paris-Orleans will pay €446m (£300m) for a 50pc stake held by the English branch of the family in Concordia BV (after the family motto "concordia, integritas, industria"), a holding company created under an initial alliance in 2003.

Paris-Orleans already owns the other 50pc of Concordia. It will pay half the €446m in shares and half in cash to allow the 75-year-old head of the English branch, Sir Evelyn de Rothschild, to dispose of his €200m stake.

Sir Evelyn stepped down as chairman of the English bank four years ago when the two sides agreed to merge their businesses. At the time, French aristocrat Baron David de Rothschild, son of Guy de Rothschild, who died last month, became executive chairman of both the English and French banks, uniting them at an operational level.

Now they are to be united at shareholder level to "secure the unity and long-term independence of the banking group", said a statement released yesterday.

The move comes almost two centuries after the founder, Mayer Amschel Rothschild, a successful money lender in Frankfurt-am-Main, despatched four of his five sons to different European capitals to take advantage of the rise of capitalism and the growth of international trade.

Nathan was sent to London, where he founded NM Rothschild, and James to Paris, where Banque Rothschild was formed. Over the years, the two sides developed a friendly, and sometimes not so friendly, rivalry.

Legend has it that Nathan was with the Duke of Wellington at Waterloo when Napoleon was defeated and raced back to London to buy British government stock before news of victory spread. He had supplied Wellington with gold to finance the campaign. One hundred and ninety years later, the banks continue to thrive on both sides of the Channel, having survived political upheaval, the threat of larger predators and family strife.

The French and English branches of the fabled Rothschild banking family announced their unification overnight, ending a separation that dates from the 19th century.

Under an agreement announced overnight the two will unify their shareholdings under a single holding company, the French group Paris-Orleans.

Symbols of big money and finance, the Rothschild dynasty, which includes media personalities, amateurs of horse racing and owners of prestigious vineyards, is best known for its capital management activities.

The two branches were created at the beginning of the 19th century when the founder of the dynasty, Frankfurt-based Meyer Amschel, sent his sons on a mission throughout Europe to develop the bank he had created.

Mr Amschel was renamed Rothschild by his neighbours because of the red shield which adorned his house.

Of the four sons who left Germany, Nathan settled in London and founded NM Rothschild and Sons. Jacob Meyer, who was nicknamed James, settled for Paris.

Jacob Meyer's success was astounding. He in no time gained influence, largely thanks to his interest in high society life.

The success of the British branch was also spectacular. The son of Nathan, Lionel, in 1858 became the first Jewish member of the upper house of parliament, the House of Lords.

His descendant, Sir Evelyn, the former chief of the British branch who is now aged 75, had privileged relations with the former prime minister Margaret Thatcher.

A backer of the merger between the French and British branches, Sir Evelyn has passed responsibility over to his three children, Jessica, 33, Anthony, 30 and David 28, who all inherit a share in the new group.

Paris-Orleans is to buy the 50 per cent stake held by the English branch of the family in a holding company that controls the banking empire, Concordia BV.

Sir Evelyn will receive most of the cash, with the shares passed to his children.

The French cousins David and Eric de Rothschild are the two strongmen of the banking empire.

The former already oversees Rothschild's entire banking activities and he will be soon be at the head of the Paris Orleans holding company that groups the two branches.

Eric will remain president of the Paris Orleans supervisory board.

They will thus share the reins of an international group, active in mergers and acquisitions, as well as private asset management.

Be it grapes, horses, or themselves, the Rothschilds have been obsessed with genetics.

According to Jewish tradition, after the Creator created the world, He occupied Himself with people- principally matchmaking. In other words…breeding. The Creator breeds people.Marriages "made in heaven". If you gaze into the bible, there a great deal of emphasis on people-breeding? First Adam, then ten generations to Noah, ten generations to Abraham. Weeding out Ishmael and Esau then finally Jacob and his sons. Alas someone to build a chosen nation upon…The word chosen is a breeding term. The breeder cultivated a particular bloodline for a particular task.

Horses are a great example. Horses are bred for different tasks. Some are bred for work, others for speed. Particular attention is paid to character. Character is a very important aspect particularly with dog breeders. Family pets should be kind, watchdogs should be tough,etc.

It is said that horseracing is the sport of kings. The Rothschilds and their sons from August Belmont to Guy de Rothschild, have been breeding and racing the world’s top thouroughbred racehorses. Their breeding talents don’t end there.
The world is well aware that Rothschild vineyards produce the worlds finest grapes and wines .

Were the Rothschilds concerned the "lowly" Eastern European Jewish immigrants would intermingle and breed with the peoples of Western Europe? The Rothschilds were embarrassed by their Eastern European co-religionists. They found them to be work-shy and asocial. Certainly not the kind of blood that should be allowed to mingle with the Nordic stock prized by the Eugenicists of the day. They feared that over time, with millions of Eastern European Jewish immigrants continually pouring into Western Europe, Nordic stock would be forever altered and eventually extinquished.
Such is unsupervised breeding. In the end you get weeds. Just ask botanist Lord Victor Rothschild.

Of course, the Rothschilds, themselves of German-Jewish origin, were pleased with the native Jews of Germany. The Rothschilds, through the efforts of the Warburgs, would transplant these Jews to Palestine. Protecting them from the planned racial cleansing implemented by Rothschild agent, Adolph Hitler. Hitler and Stalin, also a Rothschild agent, would work in concert to eliminate the majority of Eastern European Jewry while their respectable German-Jewish cousins would be allowed to flourish and shine as examples to the rest of the world. The Eastern European Jews, true victims of the capitalist system were to be eliminated.
Their numbers could no longer be allowed to infect the western world.
Spacious America's doors were opened to millions of Eastern European Jews. Unfortunately, the majority did not want to immigrate further west than New York's Lower East Side. By 1908, 50% of the city's criminals were Eastern European Jewish immigrants. Rothschild agent, Jacob Schiff, spent thirty years of his monumental life helping these immigrants assimilate into American society. Then he died. The immigrants kept coming. Finally the doors were closed and the human reservoirs were eliminated. It didn't happen by accident. After sufficient numbers of German Jewish immigrants had reached the shores of Palestine; the fate of the rest of Europe’s Jews was sealed.

With the chosen Jews settled in Palestine, the unchosen Jews were eliminated. The rest is history. This history is still sealed.