Rothschild versus Rothschild: How a financial genius was brought down by his own cousin

Feb 25, 2013 Source: dailymail.co.uk
Over a lingering lunch with a friend in the City of London some years ago, Baron David de Rothschild, the French head of the global Rothschild banking dynasty, was asked if he saw his thrusting young British cousin, Nat Rothschild, as his possible successor.

The baron, a stylish figure of the old school, thought for a moment as he sipped a good vintage from the family vineyard, then replied intriguingly: ‘Well, he’s the person of this [Rothschild] generation who seems to be most comfortable in the world of high finance.’ 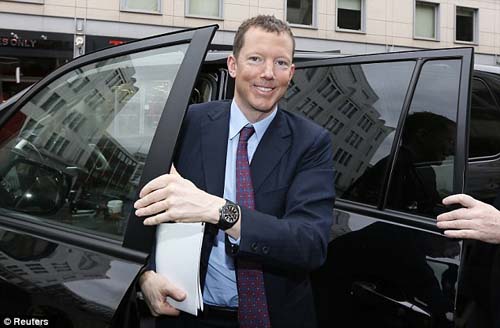 Family Feud: Nat Rothschild was once hailed as the next head of the dynasty by his cousin David.
Today, for Nat Rothschild, that glittering prize of one day becoming the family patriarch has surely disappeared for ever.

Rothschild vs Rothschild? Impossible, surely, in the closely-knit international family who all trace their gilded roots back to the Jewish Mayer Amschel Rothschild setting up a bank in Frankfurt in the 1760s.

There may have been the odd business split among the Rothschilds, but as the previous head of the dynasty, Sir Evelyn de Rothschild, now in retirement at 81, declared only in 1996: ‘The first important strength of the family is unity.’

Certainly, there was some Rothschild unity on display yesterday. But it was directed with dismay and bemusement against lone operator Nat, 41, for the way he had allowed the family’s most precious asset — its name — to be dragged through the full glare of a public row involving mass boardroom resignations, accusations of mismanagement and allegations of missing millions.

For Nat, a close friend of Peter [Lord] Mandelson and a man accustomed to getting his own way while pursuing a lifestyle of private jets and business deals with Russian oligarchs, it is not only unedifying but a devastating setback.