San Bernardino Shooting: Farook was In contact with extremists domestically and abroad over several years 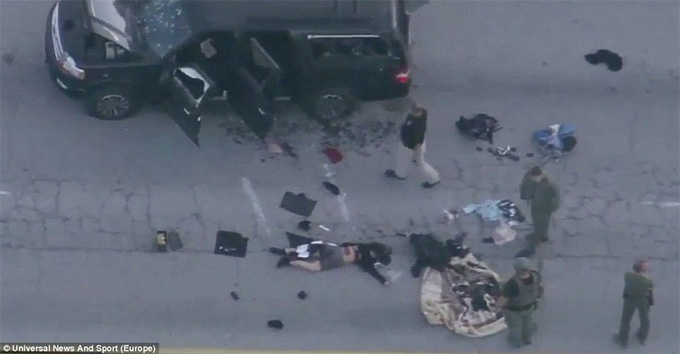 Mr. Farook was in contact over several years with extremists domestically and abroad, including at least one person in the United States who was investigated for suspected terrorism by federal authorities in recent years.

The FBI has evidence that Syed Farook, one of the two shooters in the San Bernardino attack on Wednesday, had been in contact with extremists both domestically and abroad, including one person in the United States who had been investigated for suspected terrorism. CNN reports officials say Farook “communicated by phone and via social media with more than one person being investigated for terrorism.”

Another official said Farook has “overseas communications and associations.” Farook traveled to Saudi Arabia last year and returned with a Pakistani wife, Tashfeen Malik, who was the second killer. 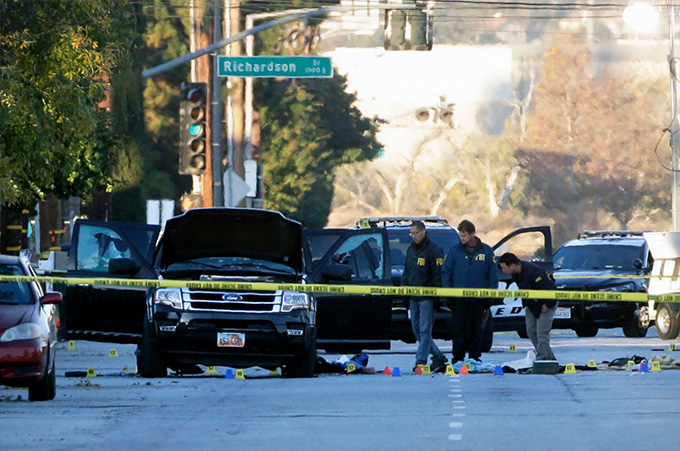 The F.B.I. is treating its inquiry into the massacre here as a counter-terrorism investigation, two law enforcement officials said Thursday, based on materials the suspects stockpiled — including explosives — their Middle East travels and evidence that one of them had been in touch with people with Islamist extremist views, both in the United States and abroad.

The suspects, a married couple identified as Syed Rizwan Farook, 28, and Tashfeen Malik, 27, are believed to have opened fire inside a social services center on Wednesday, killing 14 people and injuring 21 others, in the nation’s deadliest mass shooting since the assault on an elementary school in Newtown, Conn., nearly three years ago. The suspects died hours later in a shootout with the police on a residential street.

More: Syed Farook, a "very religious" Muslim according to father 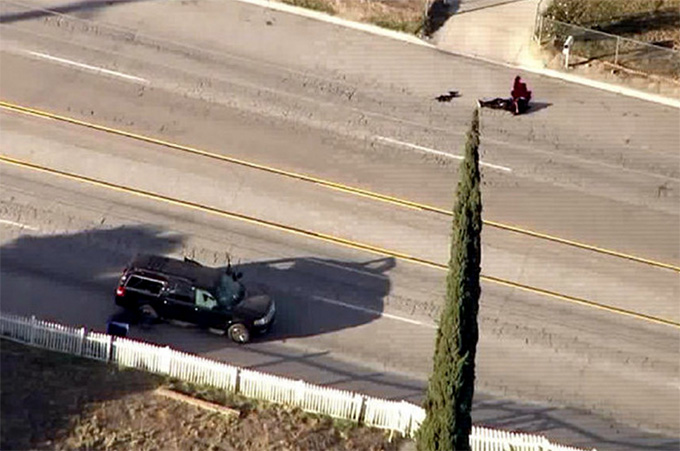 Law enforcement officials said Thursday that the couple had thousands of rounds of ammunition in their home as well as 12 pipe bombs. “We do not yet know the motive,” David Bowdich, the assistant director of the F.B.I. office in Los Angeles, said in a news conference. 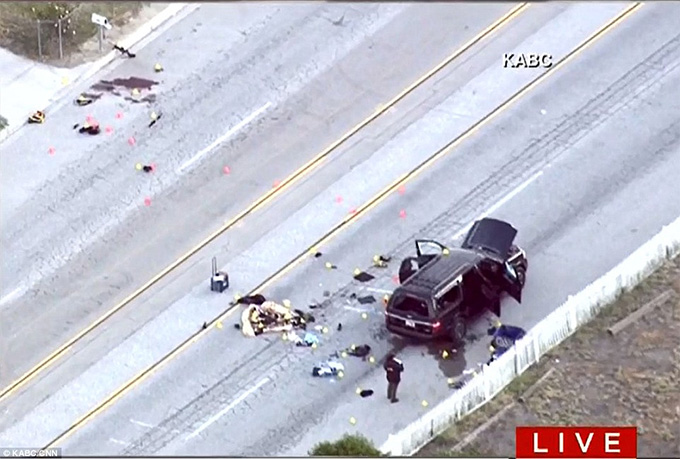 While Mr. Farook is an American citizen, Mr. Bowdich said he had traveled abroad and that the couple came to the United States in July 2014 when they were not yet married. She is here on a K-1 visa on a Pakistani passport. Mr. Bowdich said he did not know all of the countries they visited but that Mr. Farook did go to Pakistan at one point.

Asked whether there were contacts with possible terrorist suspects, he said “We are still working through that.” Authorities added that there was certain level of sophistication in the explosive devices.

Law enforcement officials said the F.B.I. had uncovered evidence that Mr. Farook was in contact over several years with extremists domestically and abroad, including at least one person in the United States who was investigated for suspected terrorism by federal authorities in recent years. The officials spoke on the condition of anonymity because they were not authorized to discuss the matter publicly.

Officials said they were unclear what set off the attack, given that the target was a group of Mr. Farook’s co-workers with the county health department. They say it may have also involved grievances against them.

“You don’t take your wife to a workplace shooting, and especially not as prepared as they were,” said a senior law enforcement official briefed on the investigation. “He could have been radicalized, ready to go with some type of attack, and then had a dispute at work and decided to do something.”

The officials called the case perplexing, saying that no clear evidence of terrorism had emerged and that there were some signs pointing away from it. But they said the shooting was clearly premeditated, and does not fit the mold for typical workplace violence incidents. The idea that this was a workplace argument that spiraled out of control seems far-fetched now, the officials said, given the explosives and the preparation. An overnight review of Mr. Farook’s electronic devices has not provided clear answers to these questions, but the officials noted that the investigation is in its early phases.

California is among a handful of states that ban the sale or possession of many assault weapons, including the most common models, but there are exceptions in the law, and it is not clear whether the suspects’ guns were prohibited. It was not known where and how the suspects obtained their weapons, which might have been sold originally in other states, and might have gone through multiple owners. Overall, California has the strictest gun laws in the nation, according to the most recent report card by the Law Center to Prevent Gun Violence.

Mr. Farook had been at a holiday party at the center for the county health department, where he worked as an environmental inspector. He soon left in anger after a dispute of some sort, Chief Jarrod Burguan of the San Bernardino Police Department said, only to return alongside Ms. Malik. Hours later, the couple were killed during the shootout.

President Obama once again called for better background checks and new restrictions on access to guns.

Read the rest at nytimes.com