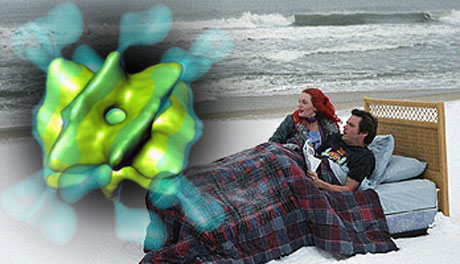 Scientists are a step closer to being able to wipe the mind clean of painful memories, a deveolpment that will offer hope to those with a fear of spiders or who are trying to bury traumatic experiences.

Neurobiologists believe they will soon be able to target and then chemically remove painful memories and phobias from the mind without causing any harm to the brain.

The researchers think that the new technique could help war veterans get over the horrors of conflict and cure people with debilitating phobias.

It could even eventually be applied to ease the pain of a failed relationship or a bereavement.

"While memories are great teachers and obviously crucial for survival and adaptation, selectively removing incapacitating memories, such as traumatic war memories or an unwanted fear, could help many people live better lives," said Dr Joe Tsien, a neurobiologist at the Brain and Behaviour Discovery Institute at the Medical College of Georgia School of MedIn a number of experiments they instilled a trauma in the mouse by applying electric shocks - but then removed the memory with a calcium enzyme called CamKII.

Just as a war veteran remembers a fateful patrol when he was fired upon, mice can establish a very long-lasting emotional memory about a place if, for example, they receive a mild shock to the paws.

But fears both new and old alike were wiped clean or over-written by over dosing the mouse's brain with CamKII.

A similar approach was taken with object recognition memory, giving mice a couple of toys to play with then erasing their memory of one of them. Each time the mice acted like it had a new toy.

Eventually the research could lead to a pill or injection being administered to a person at the same time as they are asked to recall the painful memory or fear.

Despite the exciting breakthrough Dr Tsien said it would still be years before a similar trick could be carried on a human because their brains were much more complicated. 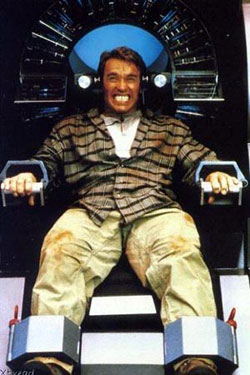 He also cautioned against the use to erase failed romances.

"If one got a bad relationship with another person, hoping to have a pill to erase the memory of that person or relationship is not the solution," he said.

"Our work reveals a molecular mechanism of how that can be done quickly and without doing damage to brain cells."

The team, who published their work in Neuron and worked with scientists at East China Normal University in Shanghai, has isolated a "memory molecule" in a mouse and used it to remove its painful memories.

Ed comment: All the things that define us as human beings are slowly being altered or removed by chemical, mechanical or technological means. This is perfect for the military. No more bad feelings about killing all those people - just remove those ugly memories with a pill and you’ll get right back to it again. Man as Machine.