For years, scientists have been predicting the Sun would by around 2012 move into solar maximum, a period of intense flares and sunspot activity, but lately a curious calm has suggested quite the opposite.

According to three studies released in the United States on Tuesday, experts believe the familiar sunspot cycle may be shutting down and heading toward a pattern of inactivity unseen since the 17th century.
The signs include a missing jet stream, fading spots, and slower activity near the poles, said experts from the National Solar Observatory and Air Force Research Laboratory.

"This is highly unusual and unexpected," said Frank Hill, associate director of the NSO’s Solar Synoptic Network, as the findings of the three studies were presented at the annual meeting of the American Astronomical Society’s Solar Physics Division in Las Cruces, New Mexico.

"But the fact that three completely different views of the Sun point in the same direction is a powerful indicator that the sunspot cycle may be going into hibernation."

Solar activity tends to rise and fall every 11 years or so. The solar maximum and solar minimum each mark about half the interval of the magnetic pole reversal on the Sun, which happens every 22 years.

Hill said the current cycle, number 24, "may be the last normal one for some time and the next one, cycle 25, may not happen for some time.
"This is important because the solar cycle causes space weather which affects modern technology and may contribute to climate change," he told reporters. 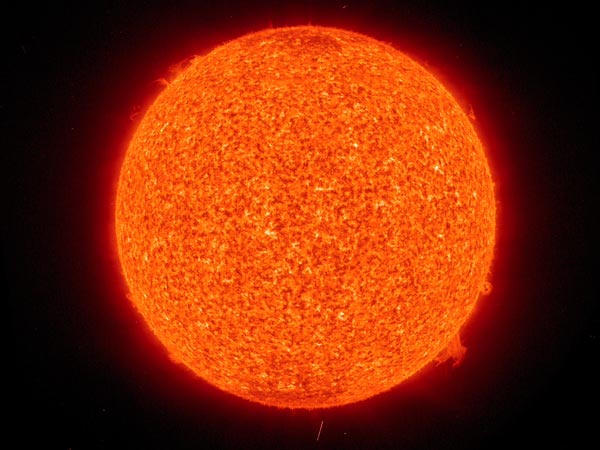 What a quiet sun looks like: Very few active regions are visible in this 2009 satellite picture.
Image courtesy STEREO/NASA
Experts are now probing whether this period of inactivity could be a second Maunder Minimum, which was a 70-year period when hardly any sunspots were observed between 1645-1715, a period known as the "Little Ice Age."

"If we are right, this could be the last solar maximum we’ll see for a few decades. That would affect everything from space exploration to Earth’s climate," said Hill.

Solar flares and eruptions can send highly charged particles hurtling toward Earth and interfere with satellite communications, GPS systems and even airline controls.

Geomagnetic forces have been known to occasionally garble the world’s modern gadgetry, and warnings were issued as recently as last week when a moderate solar flare sent a coronal mass ejection in the Earth’s direction.

The temperature change associated with any reduction in sunspot activity would likely be minimal and may not be enough to offset the impact of greenhouse gases on global warming, according to scientists who have published recent papers on the topic.

If the cycle were to stop or slow down, the small fluctuation in temperature would do the same, eliminating the slightly cooler effect of a solar minimum compared to the warmer solar maximum. The phenomenon was witnessed during the descending phase of the last solar cycle.

This "cancelled part of the greenhouse gas warming of the period 2000-2008, causing the net global surface temperature to remain approximately flat -- and leading to the big debate of why the Earth hadn’t (been) warming in the past decade," Lean, who was not involved in the three studies presented, said in an email to AFP.

A study in the March 2010 issue of Geophysical Research Letters explored what effect an extended solar minimum might have, and found no more than a 0.3 Celsius dip by 2100 compared to normal solar fluctuations.
"A new Maunder-type solar activity minimum cannot offset the global warming caused by human greenhouse gas emissions," wrote authors Georg Feulner and Stefan Rahmstorf, noting that forecasts by the Intergovernmental Panel on Climate Change have found a range of 3.7 Celsius to 4.5 Celsius rise by this century’s end compared to the latter half of the 20th century.

"Moreover, any offset of global warming due to a grand minimum of solar activity would be merely a temporary effect, since the distinct solar minima during the last millennium typically lasted for only several decades or a century at most."

Ed Note: They’ve spent the last few years telling us that the sun was starting to heat up and become MORE active. Now they suggest the opposite.
And notice how they’re starting to relate the sun’s activity to climate change - years ago that would have been heresy, and not in line with the anthropogenic global warming message.

Not everyone’s got the memo, however:

The National Solar Observatory (NSO) says that, based on 13 years of observations, sunspots are weakening. There have been fewer during the present cycle - and, if the trend continues, there may be none at all in the next.

Meanwhile, NSO observations of the jet streams circling the sun, whose strength tends to correlate with solar activity, has shown that activity is near-non-existent. Were the next solar cycle to proceed as usual, they would have appeared two or three years ago.

Finally, the sun’s corona, or upper atmosphere, is also failing to show changes associated with the usual solar cycles. Normally, scientists would expect to see magnetic features in the corona moving north and south in a phenomenon known as the rush to the poles. This time, however, they’re moving at a crawl.

"But the fact that three completely different views of the sun point in the same direction is a powerful indicator that the sunspot cycle may be going into hibernation."

The Maunder Minimum coincided with what’s known as the Little Ice Age, a period of unusual cold. But the scientists say there doesn’t appear to be a link between solar activity and the earth’s climate, with the Little Ice Age having been triggered by volcanic eruptions.

It’s hard not to get the feeling that they really are just guessing...

- Massive Solar Flare Storm Warnings for the Next Few Years

- Solar Scientists Agree That the Sun’s Recent Behavior Is Odd, but the Explanation Remains Elusive 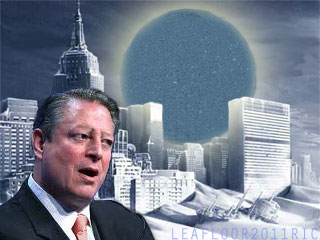 Walter Cruttenden - Ancient Cosmology: A Map of the Future

John Major Jenkins - The Myths and Fallacies of 2012