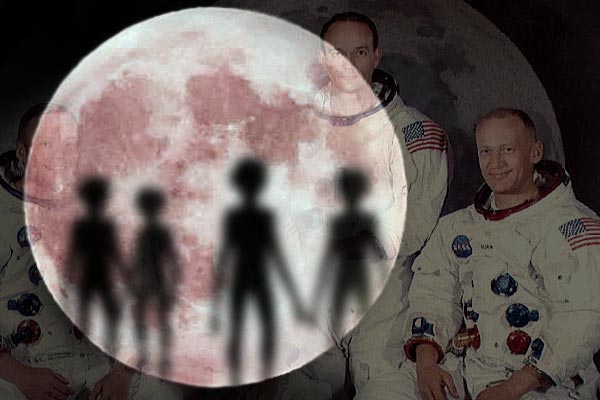 "A feature length 2 hour documentary exposing the hidden history of NASA, and the organisation’s links to The Illuminati network of Secret Societies.
This film exposes NASA’s secret space programme controlled by senior
Occultists. We analyse UFO footage filmed by NASA astronauts whilst aboard the Space Shuttle and ask if NASA has secretly made contact with extraterrestrials.

Featuring DAVID ICKE, JAIME MAUSSAN, MARCUS ALLEN, VALERY UVAROV and CHRIS EVERARD - for the first time all on one film.

Hip Hop Chronicles describes SECRET SPACE as ’A jaw-dropping exposure of how the American Illuminati families seek to dominate planet Earth by
controlling Space ...the most important film about alien contact and the
control of humankind ever made. Astounding footage..."

SECRET SPACE takes you deep inside the dark occult world of NAZI Germany, where Jews and ex-French Resistance fighters were used as slave labour to develop rocket-based weapons such as the V2 and the V1 ’Doodlebug’ - the forerunner of today’s ’Cruise’ missile.

We explain how ex-SS Nazis were brought to America by the CIA under ’Project Paperclip’ and given senior posts at NASA. We also see how NASA’s Jet Propulsion Lab in Pasedena was set-up by Jack Parsons - a rocket engineer who was a disciple of Aleister Crowley. From the late 1940s onwards, an unholy alliance of O.T.O devotees, NAZIs and senior 33rd degree Freemasons dupe the American taxpayer of billions of dollars and fake several moon missions in order to further their work on secret ’black budget’ operations - a series of secret space programmes designing space vehicles and weapons systems to thwart attacks by alien craft... For the first time on film we see the ’Baby Shuttle’ - a small space shuttle which fits inside the payload of the existing space shuttle and is then released into outer space for covert operations.

...It sounds incredible - but SECRET SPACE contains a wealth of documents,
photos and footage which proves that all this and more has come to pass."