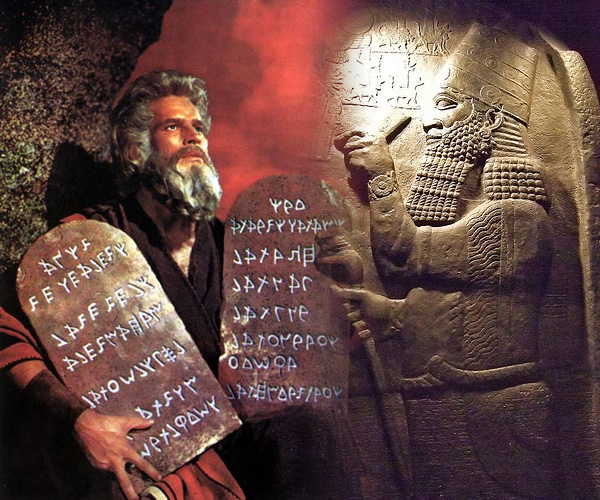 Tablet from 670 BC, found in Turkey, was Assyrian king´s agreement with states

Canadian archeologists in Turkey have unearthed an ancient treaty that could have served as a model for the biblical description of God´s covenant with the Israelites.

The tablet, dating to about 670 BC, is a treaty between the powerful Assyrian king and his weaker vassal states, written in a highly formulaic language very similar in form and style to the story of Abraham´s covenant with God in the Hebrew Bible, says University of Toronto archeologist Timothy Harrison.

Although biblical scholarship differs, it is widely accepted that the Hebrew Bible was being assembled around the same time as this treaty, the seventh century BC.

"Those documents . . . seem to reflect very closely the formulaic structure of these treaty documents," he told about 50 guests at the Ottawa residence of the Turkish ambassador, Rafet Akgunay.

He was not necessarily saying the Hebrews copied the Assyrian text, substituting their own story about how God liberated them from slavery in Egypt on the condition that they worship only Him and follow His commandments.

But it will be interesting for scholars to have this parallel document.

"The language in the [Assyrian] texts is [very similar] and now we have a treaty document just a few miles up the road from Jerusalem."

It was the first public announcement about the importance of the tablet as Harrison tries to pitch an international consortium for creating a public park at Tell Tayinat, the archeological site in southeast Turkey.

"Many of our modern social values have ancient roots," he said.

"It is important to illuminate this ancient history to discover who we are and where we might be going."

King Esarhaddon was nearing the end of his reign in Assyria when he drafted this treaty, trying to ensure a peaceful succession to the throne, Harrison said.

One of the reasons they made these treaties is that Esarhaddon´s father was assassinated by a brother. "It was remarkable the kind of the intrigue [that] went on," Harrison said.

His dig at Tell Tayinat revealed tens of thousands of items last summer, including the tablet. It measured 43x28 centimetres, with 650 and 700 tiny lines of script -- and was smashed to pieces.

Still, at least the pieces were all in one place. Dozens of similar smashed tablets were scattered.

The excavation, near the eastern shore of the Mediterranean Sea, about 300 kilo-metres north of Damascus, has exposed a temple or religious sanctuary with ornately carved columns, monumental staircases and other remnants of a powerful kingdom destroyed by Assyrian invaders in 738 BC. The team plans to return to the site this summer.

Work continues on the restoration and translation of the tablet.