It’s been called one of the worst cases of government abuse ever committed against a home schooling family: the abduction by Swedish authorities of Domenic Johansson, a happy, healthy, 7-year-old boy taken from his parents Christer and Annie Johansson in 2009 as they waited to leave Sweden on a flight to India.

After the abduction, the Johanssons’ story spread quickly on the Internet.

But three years later, Domenic is still being kept from his parents, and Swedish authorities keep finding new reasons for why the child can’t go home.

"This is about the most fundamental right you have. You have the right to your own children, or you should have," Christer told CBN News during the first television interview he and his wife have given since their only child’s abduction.

In 2008, Christer and Annie were making plans to leave Sweden for humanitarian work in Annie’s native India.

They decided it would be best for Domenic to be home-schooled during the final months before their departure, rather than enroll him in public school.

Christer says Sweden’s Ministry of Education told him they could home-school, but local officials levied steep fines and threatened the couple to discourage them from doing so.

Then, as the parents sat on a plane at Stockholm airport for their scheduled trip to India, police came aboard and took Domenic away.

"They took Domenic from the plane," Christer recalled. "Then he threw up until they took him to ER. That’s how severe the trauma is. If someone throws up so you have to take him to the hospital, that’s severe."

"I have no clue what went on," Annie added. "There was just a stampede. My child had no clue, and I have no clue still what’s going on. I can just hear the screams of my child all the time."

According to Christer, the couple was supposed to have Domenic back a few days later. But when they went to pick him up, authorities changed their story.

Officials decided Domenic was "at risk," because he had cavities and did not have every recommended vaccination. They also noted he was shy.

Gotland Social Services then found more problems -- claiming the Johanssons’ home didn’t have enough furniture, and that Christer was a drug addict with a mental illness, even though he passed a drug test and psychiatric examination.

"I went to psychiatric clinic and said, ’Check me thoroughly,’ and they did. So I took that paper to court and it had no effect whatsoever," Christer recalled. "I said, ’I’m healthy,’ but the Social Services and Social Services’ lawyer said ’No, you are suffering from personality disorder.’"

Social Services said Domenic was developmentally delayed, although videos show him flying a plane on a flight simulator before being abducted at age 7, and also speaking clear English.

Authorities were also disturbed that Domenic was too affectionate with other children, greeting his friends with a hug and kiss on the cheek. They called this "deviant behavior."

Christer was then labeled a "human rights fanatic."

Christer said authorities have resisted all attempts to reunite the family. And evidence showing that the pair are good parents has been completely ignored. 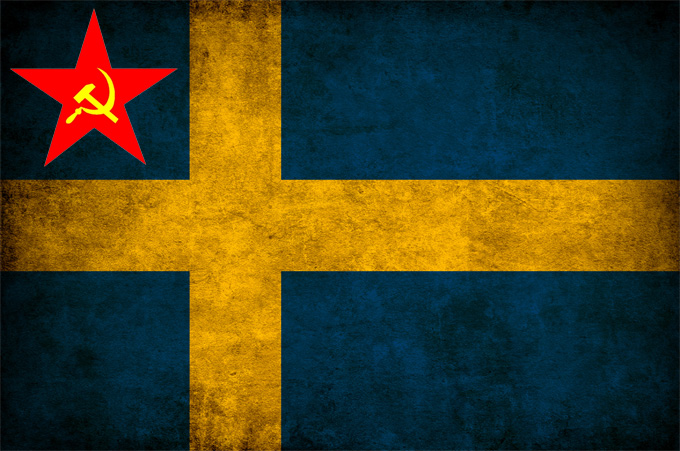 Exasperated, Christer brought Domenic home without permission in Nov. 2010. Police then raided their home with guns and dogs and took Domenic away again. Christer was put in jail for two months.

"The Domenic Johansson case is the home-school tragedy of Sweden. I believe this was simply a mistake," Jonas Himmelstrand, who heads the Swedish Homeschooling Association (Rohus), told CBN News.

"Officials didn’t realize they couldn’t take a child on home schooling charges alone. So after they took him, they invented all kinds of other reasons -- and also pride, which is well-known among Swedish authorities, that once they’ve made a mistake to never admit it," he said.

Michael Donnelly, an attorney for the Home School Legal Defense Association, which is helping the Johanssons, said, "It’s astonishing to me that free governments who know about this case have not done more.

Donnelly compared the Swedish government’s behavior to the Soviet Union.

"This local government, backed up now by Swedish courts, have demonstrated that they are capable of visiting the most totalitarian acts on their own citizens, reminiscent of the Soviet Union and communist countries in recent history," Donnelly said.

Annie and Christer were only allowed to visit Domenic for one hour every five weeks, but even that has stopped. Christer said the son who so obviously loved his parents before the abduction, now no longer wants to see them.

Annie suffered an emotional breakdown after the abduction and now suffers from panic attacks when she talks about what happened.

The Gotland Social Services Board has told the media that secrecy prevents it from discussing the case. But Sweden’s ambassador to the United States has defended his government’s actions.

Meanwhile, the Johanssons’ attorney Ruby Harrold-Claesson says the police abduction of Domenic from the plane was illegal, and another court hearing is scheduled for May.

But photos of Domenic before and after the abduction show what Christer describes as boy who has already been "broken into a million pieces." Annie and Christer keep hoping this nightmare will end.

"How can you live without your children?" Annie asked. "It’s devastated our life. This has in fact devastated everything in our life."

Ed Comment: This is the essence of life in Sweden. CONFORMITY and UNIFORMITY. "Oneness", all the same, do the same, shut up and go back to sleep. Law of Jante

Please listen to our commentary: The Nordic Model, a Template for Global Enslavement

Hour 2 of this interview: here