'Spectre' Is Doomed: Did North Korea Kill James Bond? No, but Political Correctness will

Dec 22, 2014 Source: forbes.com
Comment: Below is an interesting article from Forbes on the fate of the Bond franchise. They asks: 'Spectre' Is Doomed: Did North Korea Kill James Bond?

North Korea probably wasn't behind the Sony hack, China also chimed in. Looks more like a False Flag Hack. North Korea is a lot of things, but behind the Sony attack? Probably not. They have in fact gotten their own internet attacked. Instead, the answer to what killed Bond is going to be ... religion ...the new religion of Political Correctness. PC killed Annie too. Below is the story. 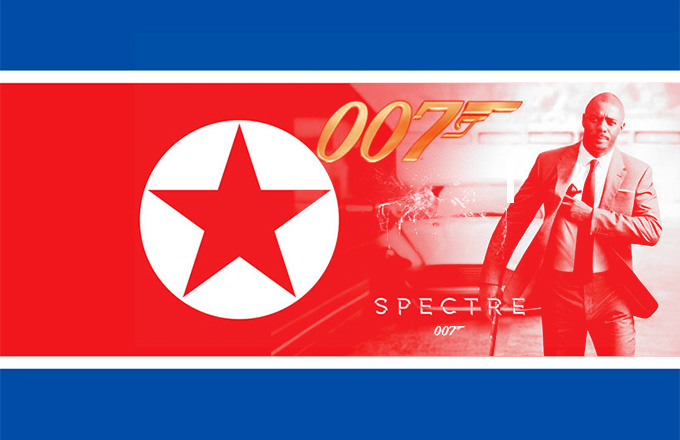 Amongst the materials being reported on in the Sony Hacks are many, many correspondences about the new James Bond film, Daniel Craig’s fourth entry and the 24th James Bond film in the official Eon Productions canon.

It’s been a bumpy ride for current Bond Daniel Craig, with his divisive casting leading to the financial success of Casino Royale, the comparatively inert Quantum of Solace and 2012’s Sam Mendes-directed return to form, Skyfall. This contemporary series supposed to be a re-booted Bond for the modern age, one that’s more killing machine than the technology reliant smirking spy of the Pierce Brosnan era. This new iteration also has the most dangerous tight rope the franchise has had to walk: adapting a Cold War era spy to the modern media landscape where hashtag outrage and the rise of the commenter has lead to calls for diversity and feminism in America’s modern blockbusters.The Bond franchise has never been notable for it’s political correctness or forward-thinking portrayals of its hallmark “Bond girls,” but their globe hopping nature and action set pieces occasionally make the correct concoction for a global hit, such as 2012’s Skyfall. The biggest Daniel Craig Bond hit, Skyfall grossed $1,108,561,013 on a $200 million dollar budget. When a movie makes that much money, it usually kickstarts a sequel automatically and Skyfall was no different. Bond 24 was quick to get Craig and Skyfall-director Sam Mendes back to continue the story.

The new Bond film is unlucky enough to be a high profile Sony picture starting production amidst the massive hack of Sony Pictures Entertainment’s digital material perpetrated by hackers affiliated with North Korea. The “Guardians of Peace” who infiltrated Sony’s system and copied what they say are hundreds of terabytes of data from the servers have been wrecking havoc with Bond 24 in particular exposing it’s budget problems in internal e-mails, suggesting the return of a well-known franchise villain and, most-recently, suggesting that the studio already has a replacement Bond: Idris Elba (Luthor, Thor: The Dark World, The Wire).

The handoff to a new Bond is as inevitable as death and fans of the James Bond franchise have encouraged Elba’s casting in certain circles every time a Craig film looked to be stumbling at the box office. It appears the head of Sony’s film division, Amy Pascal, is among those who wouldn’t mind seeing a black James Bond if it was Stringer Bell; The Daily Beast reports obtaining a hacked e-mail that included the phrase: “Idris should be the next bond.” 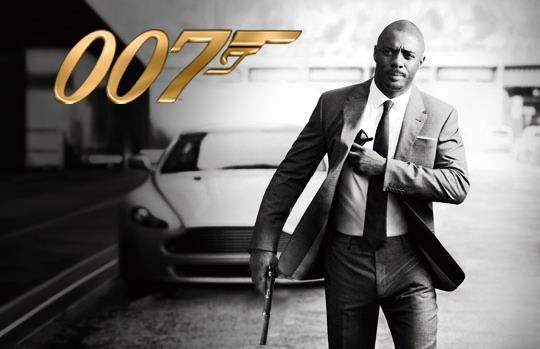 Comment: Curious comment considering that Sony email hack recently revealed that the two jewish executives Amy Pascal and Scott Rudin previously has said that "Black Movies Don't Sell." They even warned not to cast Denzel Washington in "big budget movies" for this reason. So why would they intentionally want to tank the James Bond franchise, if this is how their reasoning goes? Is this another contrived PC move by Hollywood, or is it a symbolic attack on the "Reel Bad WASP"?

The success of Skyfall complicates re-casting Bond and moving on, and Bond 24, now titled Spectre, is already shooting with Craig reprising the role, but a new James Bond waiting in the wings may not ruffle his feathers. Daniel Craig told Rolling Stone in 2012 that he’d happily be rid of the part, franchise and his contract . “I’ve been trying to get out of this from the very moment I got into it. But they won’t let me go,” Craig said, “and I’ve agreed to do a couple more, but let’s see how this one [Skyfall] does, because business is business and if the s*** goes down, I’ve got a contract that somebody will happily wipe their a** with.”

This, however, is the least damaging information about the Bond franchise to be made public through hacked Sony documents. There were already rumors in the industry that the Spectre script had major problems, but the leaking of internal e-mails solidified that the budget was growing to exceed $300 million dollars. E-mails from MGM President John Glickman show budget compromises being proposed as late as November of this year. He was also unhappy with the third act of the film up until late November, thinking the climax ended up being confusing. These were documents released in an early dump of hacked information and gave away significant plot points of the film. A subsequent leak included a screenplay draft of Spectre that spurred Eon Productions to step into the fray, posting a statement to their website promising they “will take all necessary steps to protect their rights against the persons who stole the screenplay, and against anyone who makes infringing uses of it or attempts to take commercial advantage of confidential property it knows to be stolen.”

Making a successful Bond movie is difficult without making it in the public eye. Quantum of Solace and Skyfall had similar production budgets and the same Bond, but one managed to gross over a billion dollars worldwide while the other barely got half-way there. With Spectre’s plot on the internet for anyone curious enough to look, its pre-production debates picked over for the juiciest gossip, its budget digging a deep hole for the box office to climb out of and a new Bond in the wings that would be a positive diversity PR spin for a company getting called out by an American President, is it possible that Spectre is doomed before it even completes production?