The leaders of North and South Korea agreed to pursue a peace agreement in historic talks on Friday, but steered clear of specifics on the question of Pyongyang’s nuclear weapons, leaving uncertainties about the regime’s willingness to cede ground on its arsenal ahead of a meeting between Kim Jong Un and President Donald Trump.

After an 8½-hour meeting in the demilitarized zone that was heavy on shows of amity between Mr. Kim and Moon Jae-in, his South Korean counterpart, both men agreed to take steps to dial down tensions and start talks with the U.S., and perhaps China, aimed at declaring within the year a formal end to the 1950-53 Korean War. The conflict ended in an armistice that has held, despite some skirmishes, for 65 years. 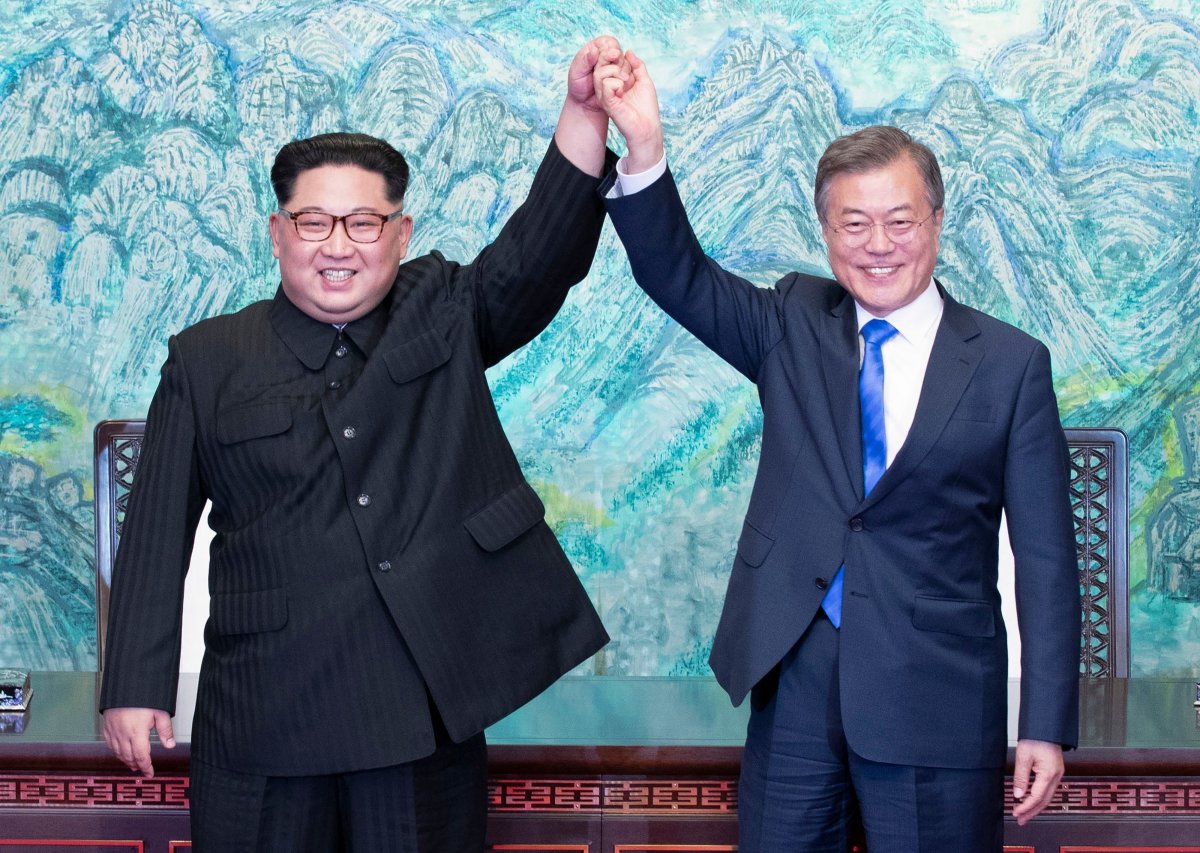 The joint statement, called the Panmunjom Declaration, also calls for restarting reunions of families separated by the Korean War, and the establishment of an inter-Korean liaison office on the northern side. As part of the pact, Mr. Moon will travel to Pyongyang in the fall for a summit meeting.

In one surreal moment in a day replete with symbolism, Messrs. Kim and Moon abandoned their aides and strolled side by side to a park bench on a footbridge, where they conversed for more than half an hour—as cameras captured the moment for a rapt South Korean audience. 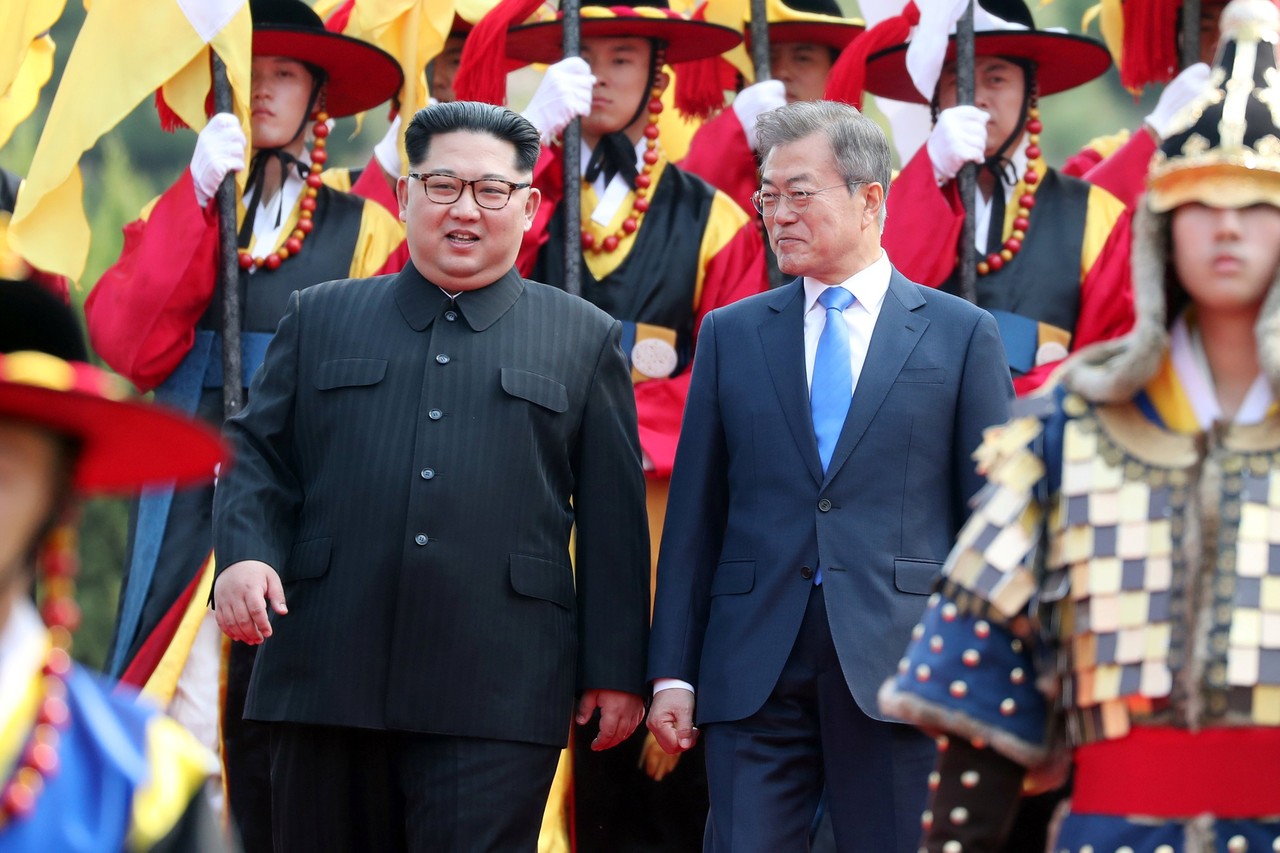 “We will work towards preventing another horrible war,” Mr. Kim said after signing the joint declaration. “With one language, one culture and one history, North and South Korea will be joined as one nation.” 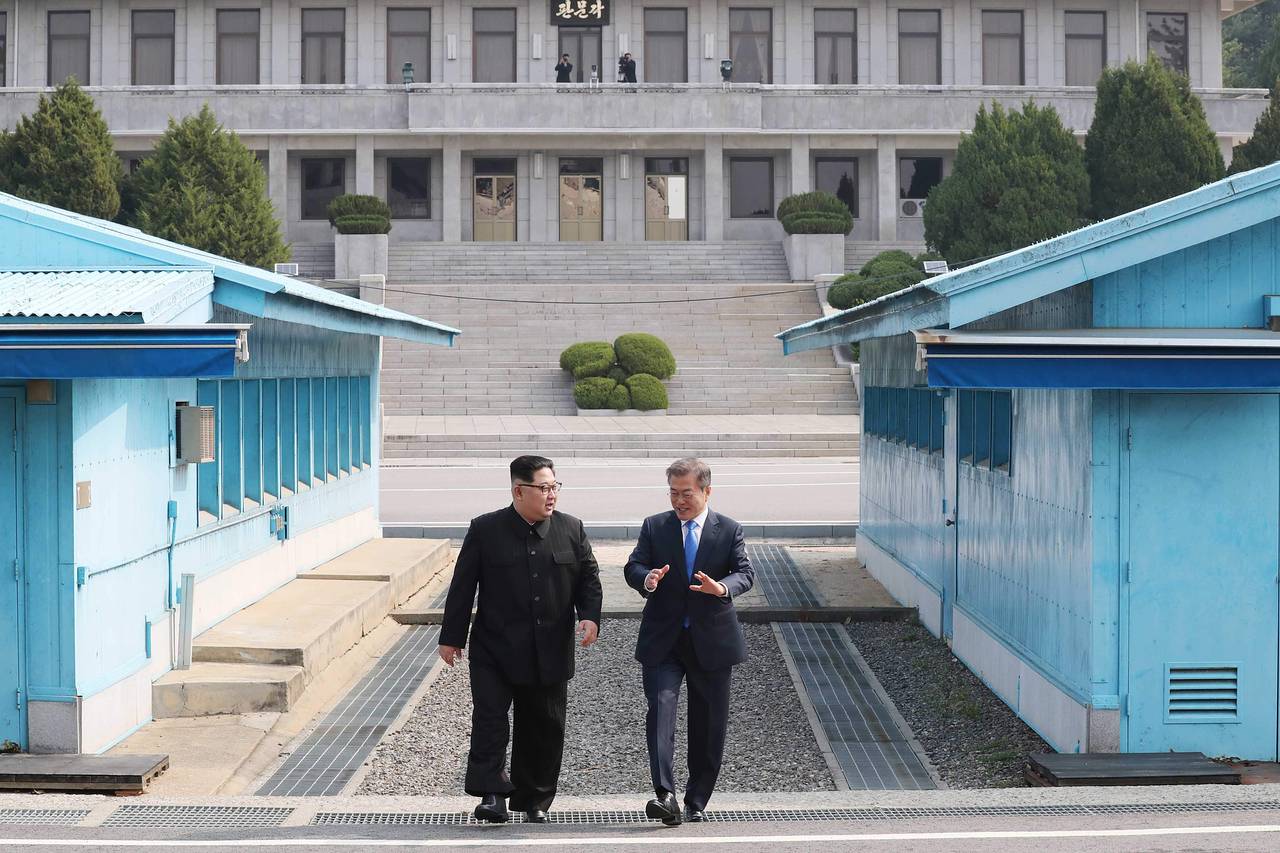 Both sides said in the joint declaration that they shared the goal of “realizing, through complete denuclearization, a nuclear-free Korean Peninsula.” That language hews closely to a phrase preferred by Pyongyang that critics of the rapprochement say conditions any North Korean actions on the withdrawal of the U.S. military from South Korea.

The phrase “denuclearization of the peninsula,” said Evan Rees, Asia-Pacific analyst at Stratfor, “could mean movement of U.S. strategic assets, and a phased, rather than a rapid denuclearization—which goes against what the U.S. has called for.” 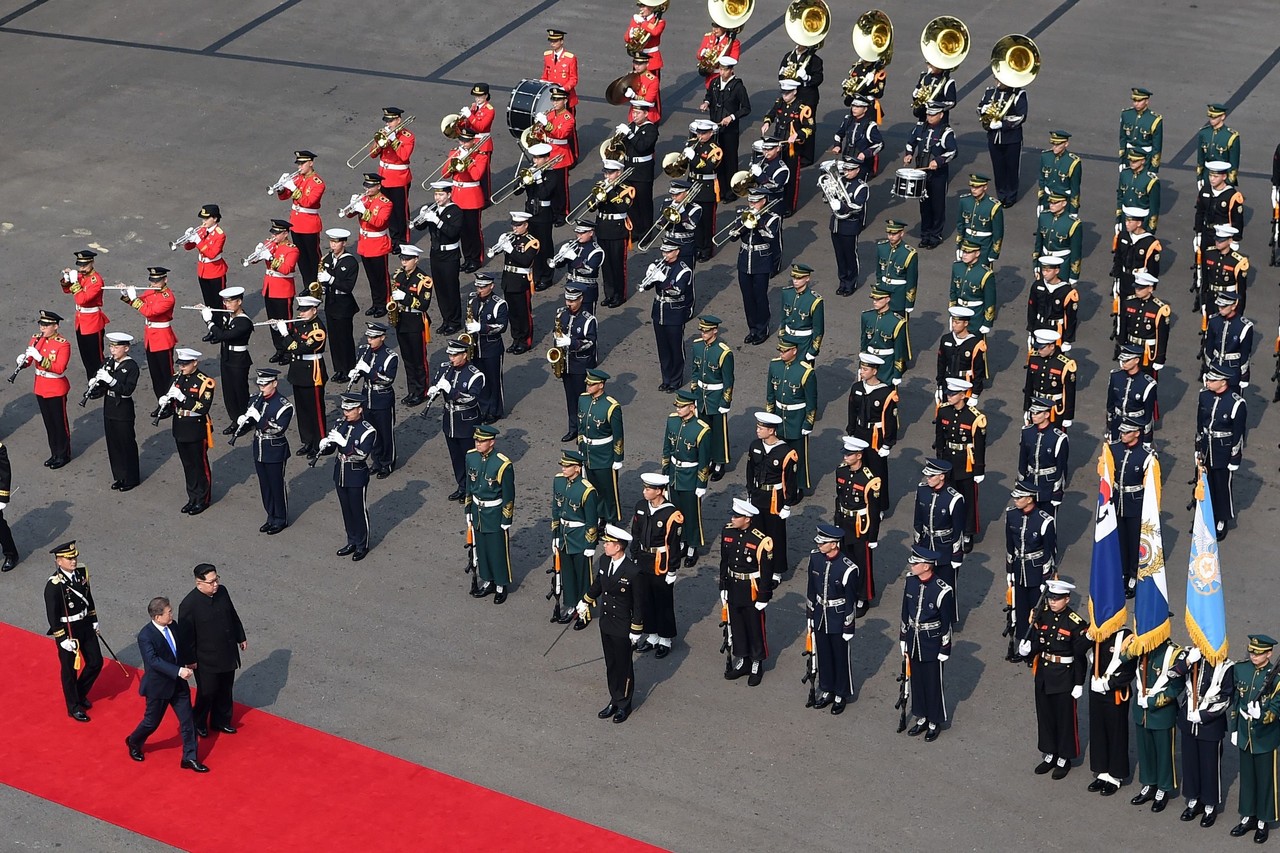 The South had said in the run-up to Friday’s summit meeting that it would raise the issue of denuclearization, likely the focus of coming talks between the U.S. and Korea, but also suggested that peace and improving relations would likely take precedence. The summit bore the theme: “Peace, a New Start.”

The two Koreas can’t replace the armistice agreement on their own. The agreement in 1953 was signed between China, North Korea and the U.S.-led United Nations forces, and the two Koreas said Friday that they would work with Washington and Beijing to replace it with a “permanent and solid peace regime.”

Mr. Trump acknowledged the significance of Friday’s meeting in a pair of early-morning tweets. “KOREAN WAR TO END!” he wrote on Twitter. “Good things are happening, but only time will tell!”

In the meantime, the Koreas said that they would “strictly adhere” to a nonaggression pact that precludes the use of force, and would carry out disarmament “in a phased manner,” without offering specifics.

But the joint statement left most of the more difficult discussions on North Korea’s nuclear weapons to the planned summit between Messrs. Trump and Kim, which is expected to occur in the coming weeks.