Dozens of vehicles were set alight overnight in towns across Sweden.

Cars were torched in Malmö for the ninth consecutive night. Emergency services were called out to put out two fires within nine minutes, with one alarm raised at 1.28am and the other at 1.37am.

“There were two incidents close to each other in time in Malmö, but we had no problems handling both incidents,” emergency control room officer Gustaf Sandell told the TT newswire. 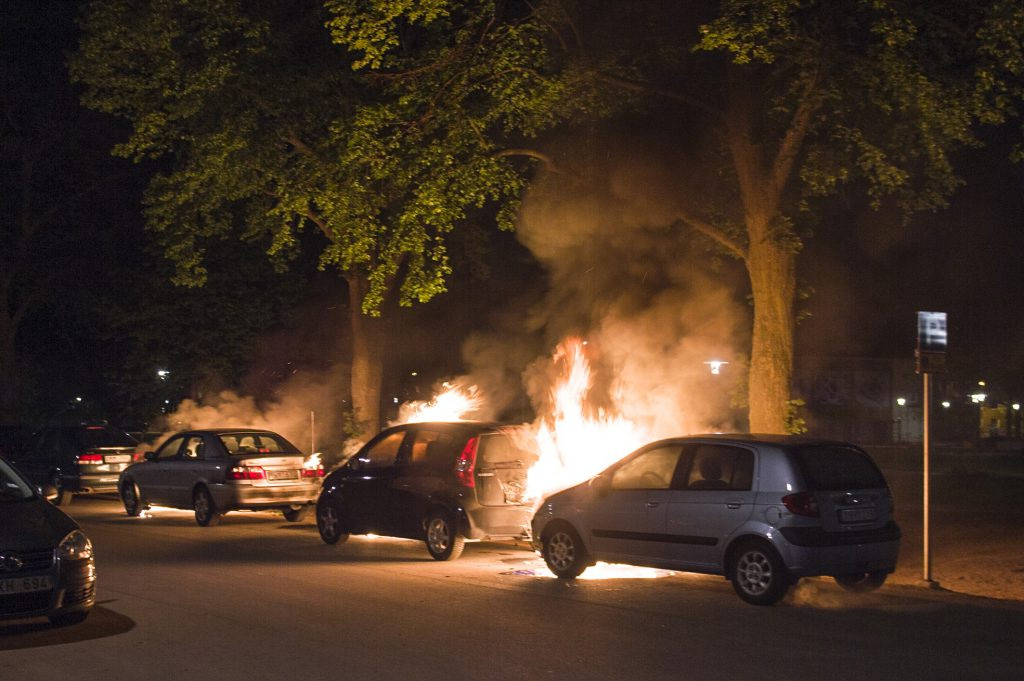 A resident in the area was able to use fire extinguisher to stop the first fire in the Fosie district from spreading. Another three cars were gutted in Rosengård in the second incident.

More than 70 cars have been torched in Malmö since early July. Police figures put out earlier this month show that the number of car burnings in the city halved between 2009 and 2015.

Ed comment: The Local's claim that car burnings have halved between 2009 and 2015 is classic deflection response to a problem that have increased around hte country about 500% since 1996, as the statistics show:

This is a problem that has arisen in immigrant dense suburbs and it's been increasing with the increased levels of immigration into Sweden.

Another car was set on fire in the nearby university town of Lund just after 2am on Wednesday. And a number of cars were torched in Norrköping in central Sweden at around 3.45am.

It's a large number of cars, about 20, that have more or less been destroyed,” police control room officer Torbjörn Lindqvist told TT.

A witness told officers they had seen a group of people at one of the vehicles in Norrköping just before the fire started and police said they were appealing for other witnesses to come forward. 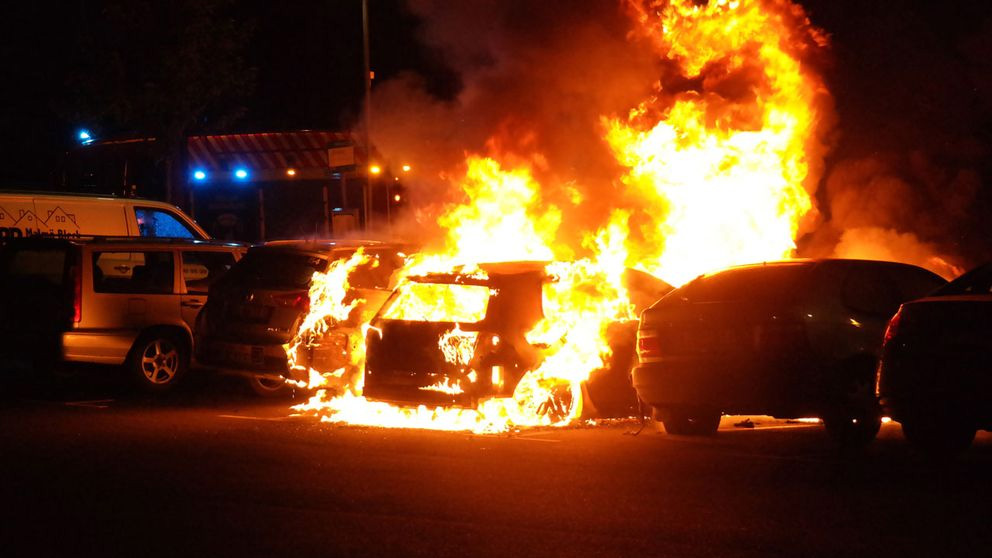 Sweden's government has vowed to clamp down on criminals who set fire to cars after nine consecutive nights of car fires in Malmö and other parts of the country.

Justice Minister Morgan Johansson told a press conference on Wednesday that Sweden wanted to make it easier to punish the perpetrators, as well as dishing out tougher punishments.

“What’s clear is that we have to speed up the judicial process in some cases,” he told reporters.

The government said it would examine the possibility of expediting convictions for people found burning cars. It would also consider setting up special courts to speed up the processing of car-fire cases.

It also wants vandalism to be put on a par with theft. 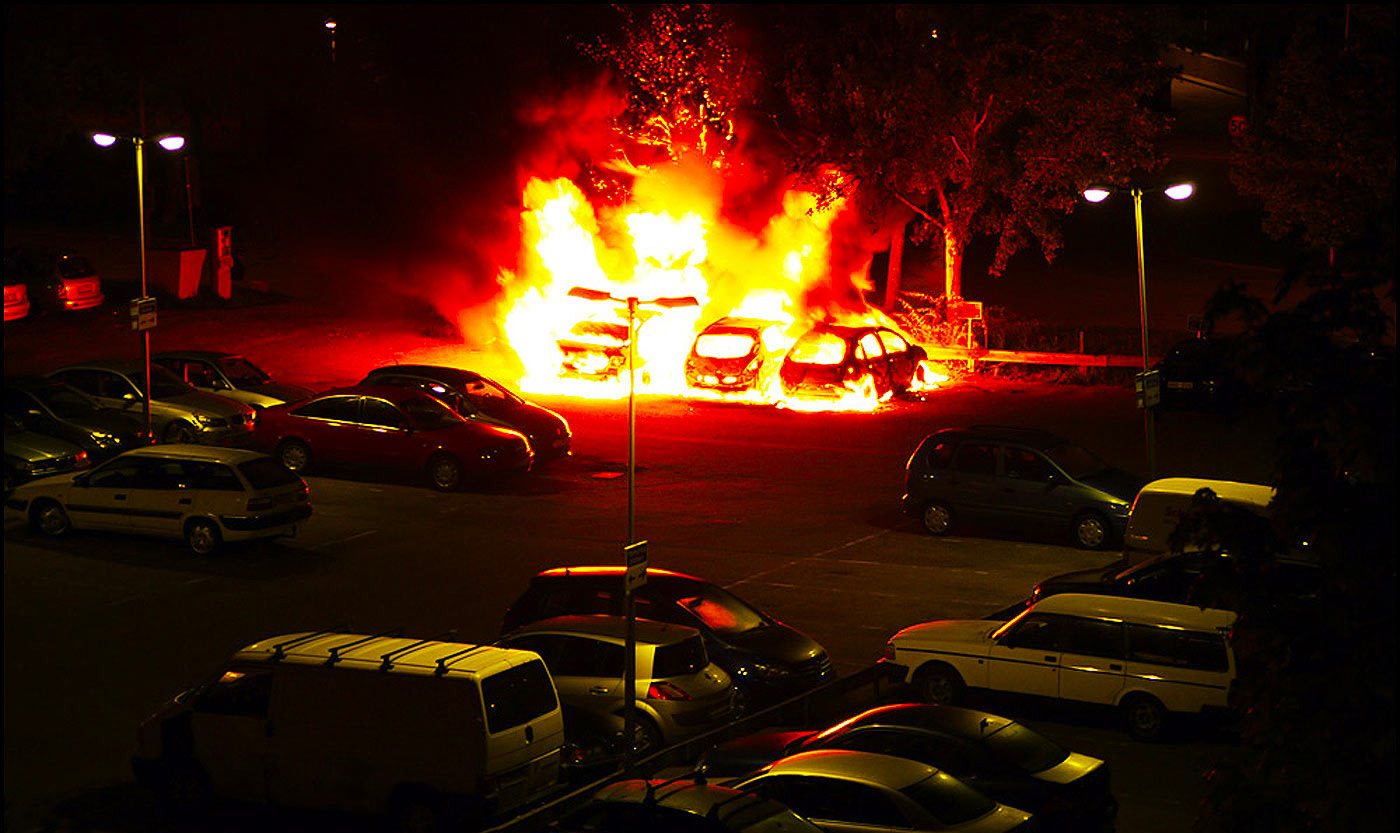 The government also wants to make it easier to erect surveillance cameras in certain areas.

“We think this can have a preventive effect. But primarily it makes it easier to investigate crimes.”

Speaking earlier in the day, Prime Minister Stefan Löfven said that more police officers would be posted to the areas worst affected by the recent spate of car burnings.

“We’ll do all we can. No government can promise that all crime will disappear, but we are already tackling this. We will strengthen police resources, for example, but more is needed.”

Interior Minister Anders Ygeman said it was “unacceptable” that police and rescue services risked coming under attack. The government is looking into toughening sentencing for crimes perpetrated against these groups .

“The insecurity and risks faced by residents in vulnerable areas most be counteracted in every possible way,” Ygeman added.

The government also wants to oblige minors who repeatedly commit offences to have regular contact with the authorities, and for serious offenders to be required to wear an ankle monitor.

More than 70 cars have been set on fire in Malmö since early July.

Some 20 cars were destroyed in Norrköping on Tuesday night, while a car was also set on fire in Lund.