A team of researchers headed by Lund University’s Professor Dan Hammarlund has uncovered an exceptionally well-preserved Mesolithic site off the Baltic Sea coast at Haväng in south-eastern Sweden. They believe the location was a lagoon environment where ancient humans lived during parts of the year.

“The submerged landscape at Haväng is unique, as the excellent preservation of both natural and cultural objects and the longevity of the site are rarely seen in other submerged Mesolithic sites,” Prof. Hammarlund and co-authors said.

Changes in the sea level have allowed the findings to be preserved deep below the sea surface.

“Organic-rich sediment ridges with abundant wood remains and archaeological artifacts extend 3 km from the modern coast to depths of at least 20 m below the present sea level,” the scientists said.

“This exceptionally well-preserved material gives evidence of a lagoonal environment surrounded by a pine-dominated forest, which was inhabited by Mesolithic humans during two low-stand phases of the Baltic Basin, from the Yoldia Sea stage to the Initial Littorina Sea stage (11,700-8,000 years ago).”

Prof. Hammarlund and his colleagues from Lund University and the National Historical Museums drilled into the seabed and radiocarbon dated the core, as well as examined pollen and diatoms.

They also produced a bathymetrical map that reveals depth variations.

”As geologists, we want to recreate this area and understand how it looked. Was it warm or cold? How did the environment change over time?” said Lund University researcher Anton Hansson, a team member and first author of a paper reporting the results in the journal Quaternary International. 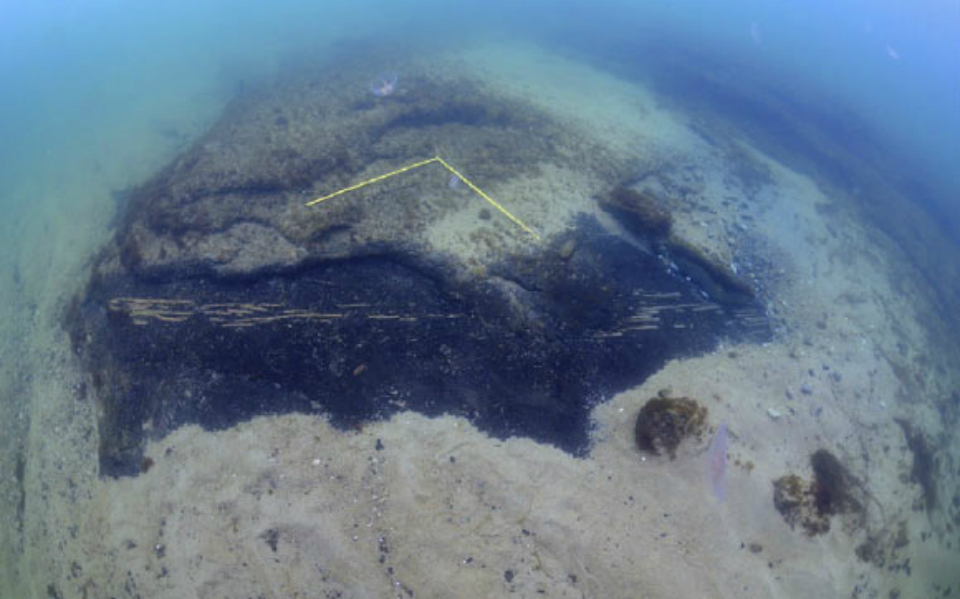 The team also made several spectacular finds, including 9,000-year-old stationary fish traps and a pick axe made out of elk antlers.

“Bones and antlers of red deer with slaughter marks and a unique pick axe made of elk antler provide evidence of human exploitation of terrestrial resources,” the scientists said.

“Of great interest are the remains of various kinds of stationary fishing equipment made of hazel wood; weirs, wattles, posts and fences,” they added.

“These fishing constructions are the oldest known of its kind in northern Europe, and demonstrate exploitation of riverine fish at Haväng.”

”If you want to fully understand how humans dispersed from Africa, and their way of life, we also have to find all their settlements,” Hansson said.

“Quite a few of these are currently underwater, since the sea level is higher today than during the last glaciation. Humans have always preferred coastal sites.”