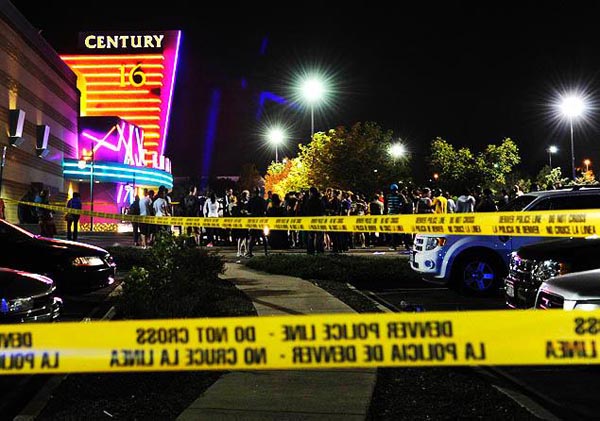 At least 12 people have been killed and dozens wounded in a shooting at a midnight cinema showing of the new Batman film near Denver, Colorado.

Witnesses said a man wearing a gas mask opened fire after tossing a tear gas canister in the auditorium as movie-goers watched The Dark Knight Rises.

A 24-year-old former medical student was arrested in a car park nearby. He had a rifle, handgun and knife.

Another gun was recovered from the theatre, in the city of Aurora.

Police revised down the death toll from 14 earlier. They said about 50 people had been shot, including the deceased. 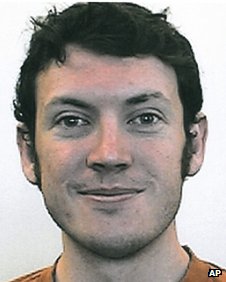 FBI sources named the gunman as Aurora resident James Holmes [left], a white American. They said no terrorism link had been established.

Police said he had been a student at the University of Colorado School of Medicine in Denver until he dropped out last month.

US President Barack Obama has spoken of his shock at the incident, which began at about 00:30 local time (06:30 GMT) at the Century 16 cinema multiplex.

Acting on information from the suspect, the authorities said they had discovered his home in the north of Aurora was booby-trapped with flammable and explosive material. 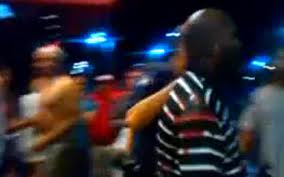 The apartment complex was evacuated as FBI agents and police used a fire engine ladder to reach the property, and put a camera on the end of pole to look inside.

"The shooting apparently went on for some time," he added.

Another witness, Chayyiel Jackson, told the BBC: "During the first action scene in the movie, on the right side a dude came in all blacked out, with a black mask. At first we thought it was part of the movie event.

"He threw tear gas across the crowd and after that people started to panic. He pulled out a rifle and started shooting.

"I was wondering if this was real life or a dream."

It is reported that some of the shots fired went through the wall and may have hit people in an adjacent auditorium.

Another eyewitness, identified only as Pam, told the BBC: "He fired a canister into the air. It shot it right into the air, then I started to hear the bang, bang, bang of a gun.

When it came to posting first reviews of "The Dark Knight Rises" on the aggregation site Rotten Tomatoes, editor-in-chief Matt Atchity says he and his staff were prepared for the worst: "...I knew full well that when the first negative review came in, the reviewer would get pasted in the comments," he wrote in a statement.

Atchity and his staff decided to temporarily disable comments on Rotten Tomatoes’ "TDKR" page after death threats -- directed at a reviewer who panned the much anticipated film -- were made.

The threats were initially directed at the first negative review that was posted on the page -- written by Marshall Fine -- who we noted as a dissenting voice earlier this week in our reviews roundup.

Some comments used lines in the movie to take joking jabs at Fine [via Indiewire]: "...quoting Bane’s line to Batman that Fine’s punishment ’must be more severe’ and that they didn’t give him ’permission to die’ yet. Others were more direct in their hatred. One comment, since removed, kindly requested Fine ’die in a fire.’"

Read the full article at: yahoo.com 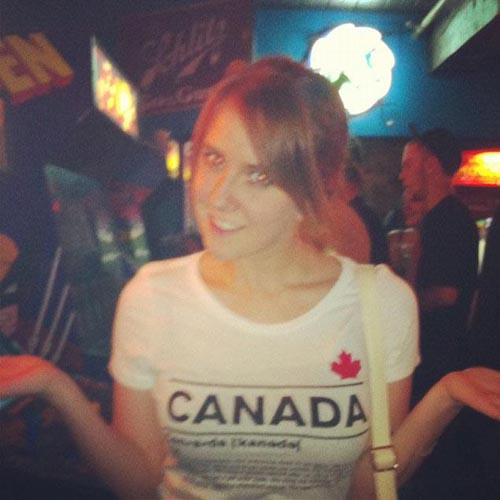 An aspiring sportscaster who cheated death at a Toronto shopping mall shooting last month is one of the 12 dead in the Colorado movie massacre.

Jessica Ghawi was watching “The Dark Knight Rises” with a long-time friend when a gunman opened fire minutes into the the midnight premiere.

“MOVIE DOESN’T START FOR 20 MINUTES,” she wrote in her last Twitter post to a hockey writer pal.

Ghawi, who wrote under the name Jessica Redfield, worked for sports website Busted Coverage and her chilling final post on her personal blog describes her near miss at the Eaton Center mall shooting in Toronto June 2 where seven were injured and one died.

“I can’t get this odd feeling out of my chest. This empty, almost sickening feeling won’t go away,” Ghawi wrote. “I noticed this feeling when I was in the Eaton Center in Toronto just seconds before someone opened fire in the food court.

“An odd feeling which led me to go outside and unknowingly out of harm’s way. It’s hard for me to wrap my mind around how a weird feeling saved me from being in the middle of a deadly shooting.”

Read the full article at: nydailynews.com