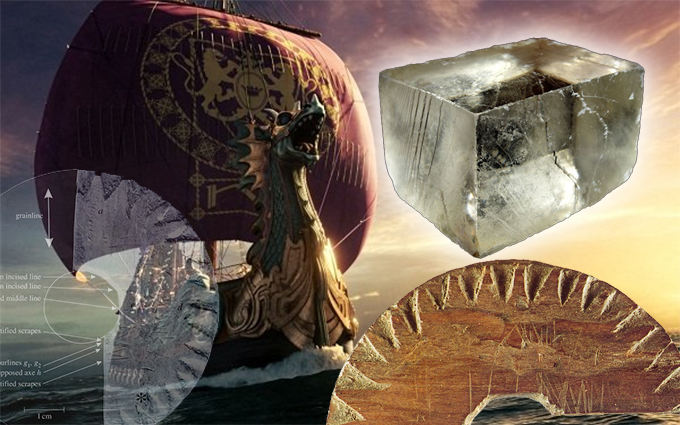 From the Saga of King Olaf the Holy:

The weather was thick and snowy as Sigurður had predicted. Then the king summoned Sigurður and Dagur (Rauðúlfur’s sons) to him. The king made people look out and they could nowhere see a clear sky. Then he asked Sigurður to tell where the sun was at that time. He gave a clear assertion. Then the king made them fetch the solar stone and held it up and saw where light radiated from the stone and thus directly verified Sigurður’s prediction.

One of the reasons why the existences of Solar Stones / Sunstones have been disputed is because they are contained in the Saga of King Olaf the Holy, a tale with many magical elements, but today we know it really existed. This also puts many of the other extraordinary tales in question, in terms of validity.

The Vikings achieved some extraordinary things. They were way ahead of their time. They refined the science of metallurgy and produced the revered Ulfbehrt sword. They also took navigation to a whole new level by using solar stones and carved wooden discs, as new finds have shown. These are just two of the recently studied finds that takes the Vikings out of the realm of the stereotypical "brute barbarians" into something much more sophisticated, intelligent and ingenious.

Vikings Were Smarter Then You Are

Seriously, they were. In 1949, the broken remnant of the Uunartoq Disc was found in an 11th century convent in Greenland. Researchers at Eötvös Loránd University in Hungary have been studying the disc & have a new theory.

The disc was used for navigation at sea: it is estimated to have been about 7 centimeters across with a central pin to cast a shadow showing the sun’s direction. The scholars now think that it was used with a pair of crystals & a wooden slab to navigate when the sun was low or even down below the horizon. 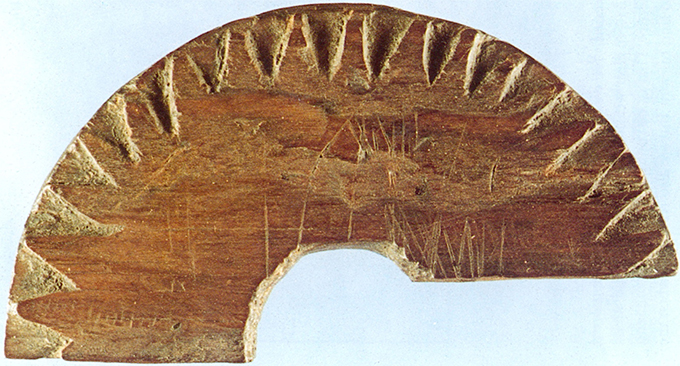 Balázs Bernáth is co-author of the new report. He believes that the Vikings used a domed object in the middle of the compass to create a wider shadow than a regular sundial post. He suggests that the wide hole in the middle of the disc (originally thought as a place to grip the dial) was a holding spot for this dome. 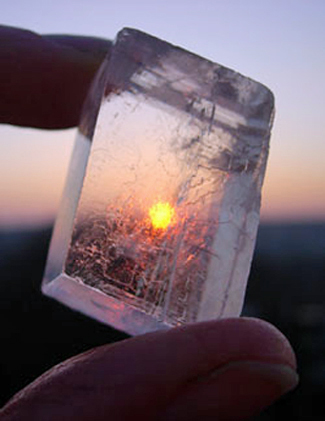 To find the sun after sunset, the Vikings used sunstones - calcite crystals that produce patterns when exposed to the sun’s polarized UV rays. These patterns can pinpoint the sun’s position even below the horizon.

Once the sun’s position had been determined with the sunstones, the Vikings used a shadow stick - a wooden slab designed to simulate the shadow of the dome-object, based on the angle of the hidden sun. The outer edge of this virtual shadow would then determine a solid compass-point direction for navigation. 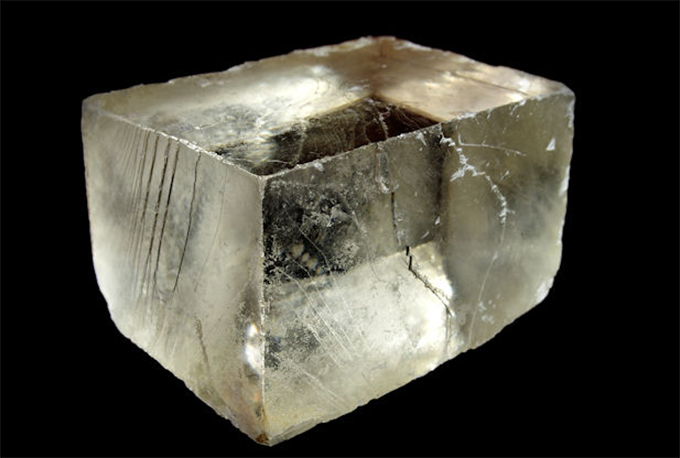 Although sunstones and shadow stick weren’t found with the device, medieval records show evidence of both. Given the broken state of the disc, it’s not surprising that the complete set of objects was not discovered together. 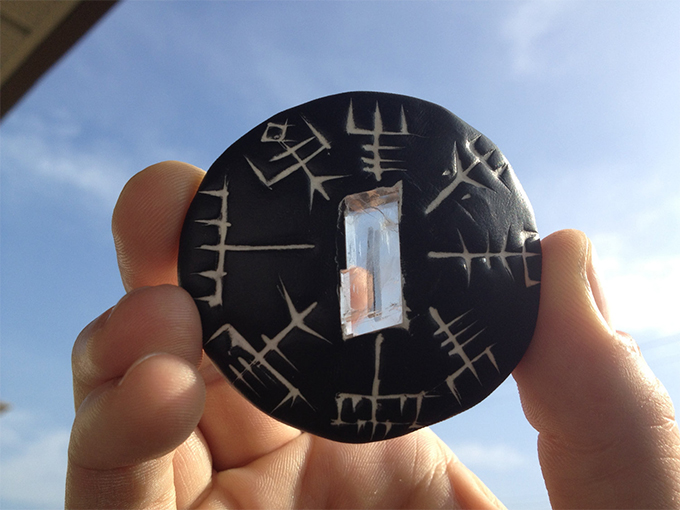 Bernáth’s team tested the accuracy of this theoretical "twilight compass." It was accurate within 4 degrees – better than other types of celestial navigation and just as good today’s magnetic pocket compasses. Experiments run by the researchers found that the Viking device would have worked up to nearly an hour after sunset during the time of the Spring Equinox; etchings on the disc suggest that this was the time of year the compass was used.

Could YOU find your direction in the middle of the open ocean, an hour after sunset, using only a wooden disc, two crystals and a hunk of wood? Dang. 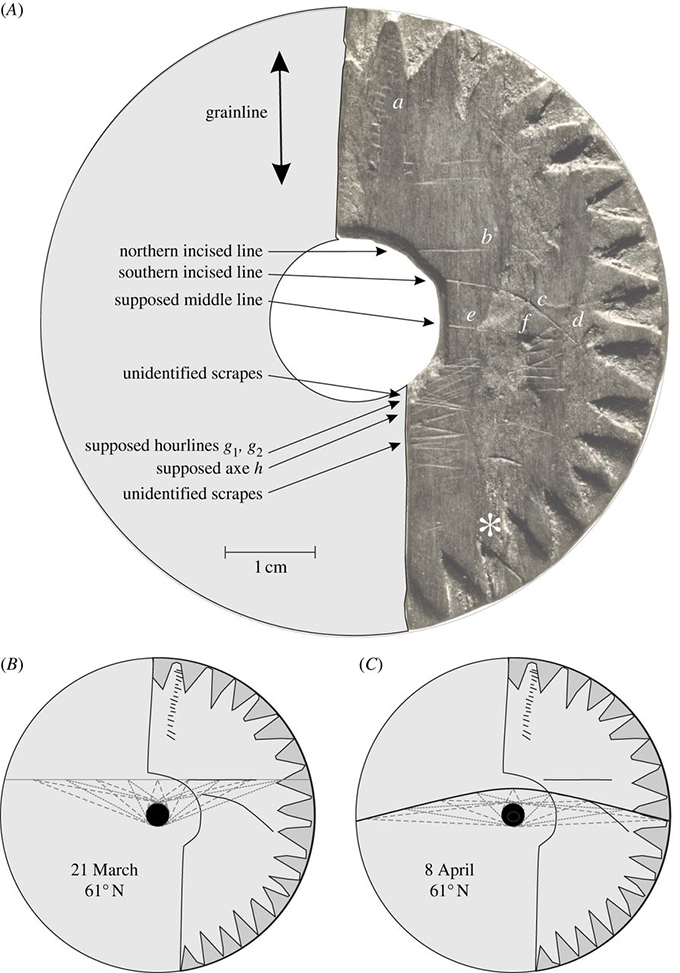 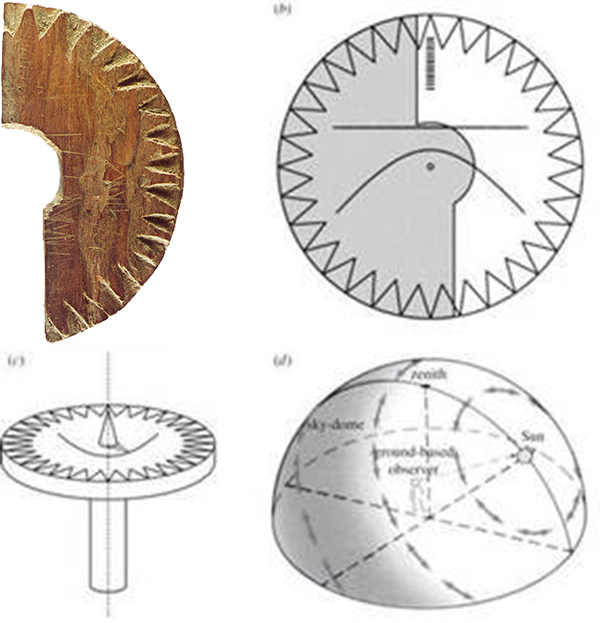 (a) The wooden disc fragment (found in southern Greenland) onto which the Viking navigators scratched some hyperbolic curves [1]. (b) The reconstructed sundial used by the Vikings for navigation on the open sea. The left, gray part of the disc has not been found. (c) Three-dimensional drawing of the Viking sundial with a conical vertical gnomon and its shadow, the endpoint of which touches the hyperbola scratched into the horizontal wooden disc. (d) Sky-polarimetric navigation by Vikings can only function if the direction of skylight polarization (symbolized by double-headed arrows) is perpendicular to the plane of scattering (determined by the sun, the observer and the celestial point observed). 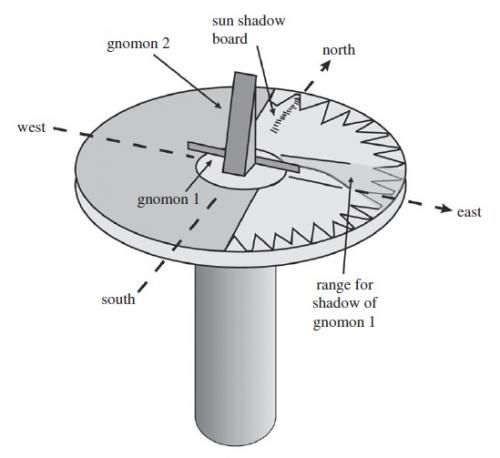 More: Mysterious sundial may be secret to Viking navigation 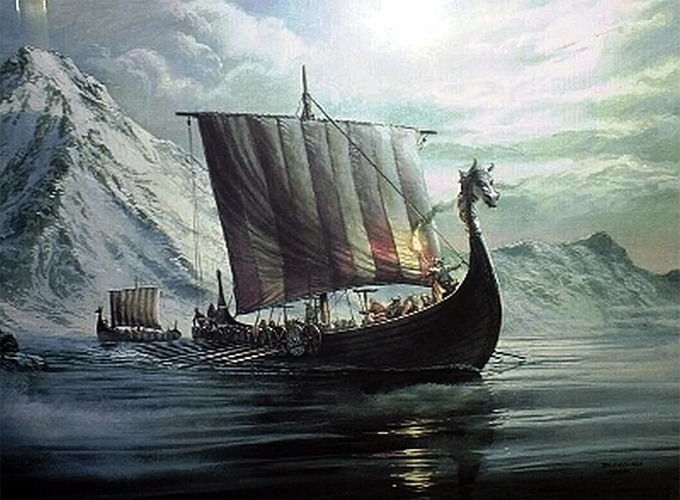 Even the best Eagle Scout prefers to navigate during the day. The Vikings, apparently, would have laughed at such a preference—according to new research, the North Atlantic seafarers’ sun compass was so advanced it even worked after dark, thanks to clever engineering and mystical crystals.

In a Royal Society paper published this week, a team of researchers examined the Uunartoq disc, a fragment of a Viking sun compass discovered in a medieval convent in Greenland nearly 70 years ago. First thought to be a decorative object, the 2.8-inch disc was later assumed to be part of a compass that used a missing central piece to cast a shadow showing cardinal direction.

The Hungarian research team didn’t buy that hypothesis, for two reasons. First, they say the Uunartoq disc’s dimensions and markings make it "far from optimal" as a solar compass. Second, and perhaps more importantly, a simple solar compass wouldn’t explain the mythical "sunstone," a seemingly magical crystal mentioned in Norse folklore that could locate the sun’s position at night or on a cloudy day that scientists recently discovered actually exists.

Let’s dig into those crystals for a second. Made of a type of calcite known as Iceland spar, the birefringent mineral creates a unique pattern when exposed to the sun’s UV rays, even if those rays are coming from a sun that’s dipped below the horizon.

The Hungarian team theorizes that a pair of sunstones would help a Viking navigator locate the position of the hidden sun. Then, a specially-designed shadow stick would be placed on the disc to approximate where an actual shadow would fall if the sun was visible. The outer edge of the imaginary shadow would then be used for navigation.

In testing, the team was able to locate true north within a 4-degree margin of error using the twilight compass, comparable to the magnetic needle compass you might have in your pocket. What’s more, the team estimates the method would work for as long as 50 minutes after sunset, making the Uunartoq ring useful in sunlight and near-darkness.

Makes you feel a little bit spoiled using your smartphone to navigate your own town, doesn’t it?