The first "Neolithic" long barrow to be built in the UK in 5,000 years

The first "Neolithic" long barrow to be built in the UK for 5,000 years, is attracting interest from all over the world.

The burial chamber at All Cannings near Devizes in Wiltshire will contain niches housing urns of cremated ashes, and is set to be finished later this year. 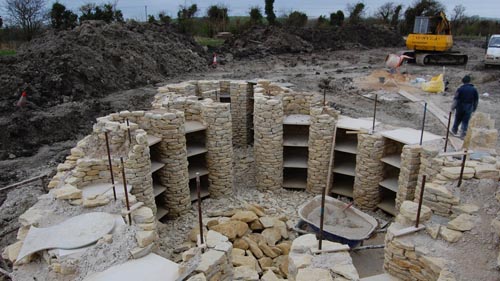 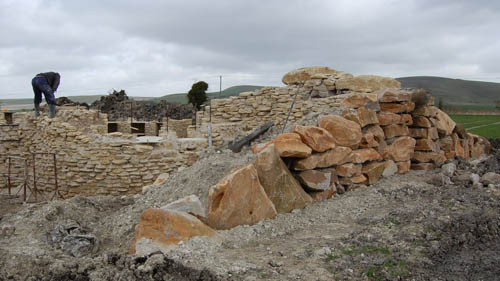 Developer Tim Daw, who owns the farmland on which it is being built, said he was "absolutely thrilled" with its progress.

"It’s turning out so much better than I could possibly imagine," he said.

"A lot of that is down to the stonemason, coming up with the idea of how to build it and insisting on doing it the proper way, using real traditional materials and methods. That’s paying off in spades, with the quality of it and the feel of the place.

"For some of it, the stone has almost told us how to do it. At the entrance, when they fitted together it just felt right and it looks right."

When the barrow is complete people will be able to pay to have ashes in urns stored within chambers inside the mound - some niches have already been sold - as an alternative to a crematorium.

"I’m trying to build it in a way [the Neolithic people] could have done it in their time."

Mr Davies, and his apprentice, are from Bedford and live in a caravan on site while work continues.

"We couldn’t pass up on this. It’s something special," he continued.

Read the full article at: bbc.com
READ: How did Neolithic people build their homes?

Explore another Barrow: West Kennet Long Barrow, Avebury
"One of the largest, most impressive and most accessible Neolithic chambered tombs in Britain. Built in around 3650 BC, it was used for a short time as a burial chamber, nearly 50 people being buried here before the chambers were blocked."