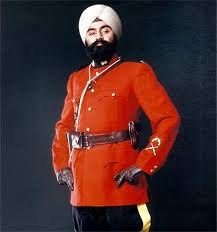 Will Kymlicka is the foremost advocate of the Canadian model of immigrant multiculturalism. In a recent article I noted that Kymlicka is generally seen by both the left and the right as a centrist who defends the current system of immigration and liberal institutions in Canada. But I did not elaborate as to why he is seen as a centrist, in what ways is he different from leftist and rightist views on multiculturalism, but went on to argue that Kymlicka was "an advocate of the overthrow of the traditional European-centered culture of Canada, of mass immigration and of racially mixed states across the Western world."

If Kymlicka is an advocate of the end of European Canada, what could his leftist critics be proposing that is more radical or worse? I will address this question later in the article. For now I would like to clarify why I think that mainstream leftists, centrists, and rightists are all cultural Marxists in their endorsement of mass immigration and their denial of any ethnic identity to European Canadians.

The right wing position on multiculturalism in Canada is mainly centered around the newspaper National Post, Sun News TV, and the Conservative Party. They, too, are supporters of mass immigration except that they object to any notion of group rights for minorities, emphasizing the principle of equal rights for everyone. They are critics of multiculturalism but not of immigration. They dislike government support for the cultures of minorities, stressing assimilation to liberal democratic values, which they deem to be "universally" good for all humans.

I also believe that none of these positions within our political landscape are liberal in the classical European sense, for two basic reasons: i) they don’t allow freedom of expression, or only limited expression in the case of the right side, to views that promote the ethnic interests of Europeans, and ii) they are reluctant to engage in rational open debate about issues related to race differences and the ethnic interests and identities of Europeans. They are willing, of course, to debate the ethnic attachments of non-Whites, with the left endorsing such attachments as a matter of principle, but no mainstream side allows for views defending the ethnic attachments of Whites.

In order to appreciate why we opponents of mass immigration, and proponents of European ethnic identity, are the true enlightened ones, we need to distinguish carefully the left-to-right ideas of our current establishment, show their common anti-European animus, their cultural Marxist orientation, and thereby show why they hold views that are not consistent with our European liberal heritage.