The Military Is Building Brain Chips to Treat PTSD 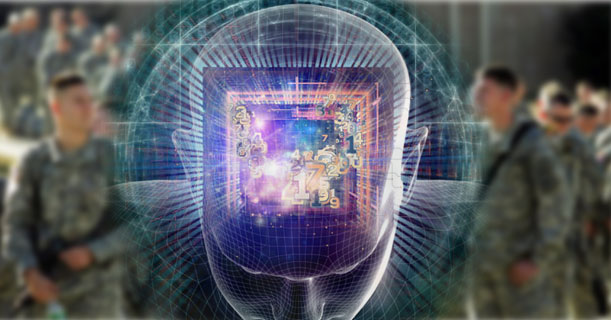 How well can you predict your next mood swing? How well can anyone? It’s an existential dilemma for many of us but for the military, the ability to treat anxiety, depression, memory loss and the symptoms associated with post-traumatic stress disorder has become one of the most important battles of the post-war period.

Now the Pentagon is developing a new, innovative brain chip to treat PTSD in soldiers and veterans that could bring sweeping new changes to the way depression and anxiety is treated for millions of Americans.

With $12 million (and the potential for $26 million more if benchmarks are met), the Defense Advanced Research Projects Agency, or DARPA, wants to reach deep into your brain’s soft tissue to record, predict and possibly treat anxiety, depression and other maladies of mood and mind. Teams from the University of California at San Francisco, Lawrence Livermore National Lab and Medtronic will use the money to create a cybernetic implant with electrodes extending into the brain. The military hopes to have a prototype within 5 years and then plans to seek FDA approval.

DARPA’s Systems-Based Neurotechnology for Emerging Therapies, or SUBNETs, program draws from almost a decade of research in treating disorders such as Parkinson’s disease via a technique called deep brain stimulation. Low doses of electricity are sent deep into the brain in somewhat the same way that a defibrillator sends electricity to jumpstart a heart after cardiac arrest.

While it sounds high-tech, it’s a crude example of what’s possible with future brain-machine interaction and cybernetic implants in the decades ahead.

“DARPA is looking for ways to characterize which regions come into play for different conditions – measured from brain networks down to the single neuron level – and develop therapeutic devices that can record activity, deliver targeted stimulation, and most importantly, automatically adjust therapy as the brain itself changes,” DARPA program manager Justin Sanchez said.

SUBNETs isn’t the only military research initiative aimed at stimulating the brain with electricity. The Air Force has been studying the effects of low amounts of electricity on the brain by using a non-invasive interface (a cap that doesn’t penetrate into the skull.) The objective is to deliver a caffeine-like boost to help soldiers stay alert through long stretches of piloting or screen interaction.

Peter Russell - The Primacy of Consciousness & The Global Brain