The mother of all civilisations? 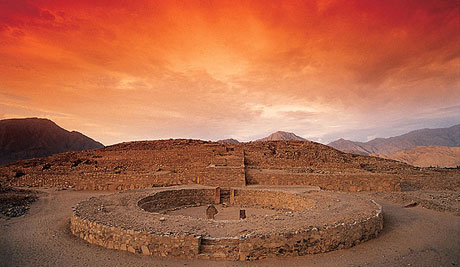 The ruins were so magnificent and sprawling that some people believed that the aliens from a faraway galaxy had built the huge pyramids that stood in the desert across the Andes.

Some historians believed that the complex society, which existed at that time, was born out of fear and war. They looked for the telltale signs of violence that they believed led to the creation of this civilisation. But, they could not find even a hint of any warfare. It was baffling. Even years after Ruth Shady Solis found the ancient city of pyramids at Caral in Peru, it continues to surprise historians around the world. It took Ruth Shady many years and many rounds of carbon dating to prove that the earliest known civilisation in South Americas—at 2,627 BC–was much older than the Harappa Valley towns and the pyramids of Egypt.

Solis, an archaeologist at the National University of San Marcos, Lima, was looking for the fabled missing link of archaeology— a ‘mother city’—when she stumbled upon the ancient city of Caral in the Supe Valley of Peru a few years ago. Her findings were stunning.

It showed that a full-fledged urban civilisation existed at the place around 2700 BC. The archaeologist and her team found a huge compound at Caral: 65 hectares in the central zone, encompassing six large pyramids, many smaller pyramids, two circular plazas, temples, amphitheatres and other architectural features including residential districts spread in the desert, 23 km from the coast. 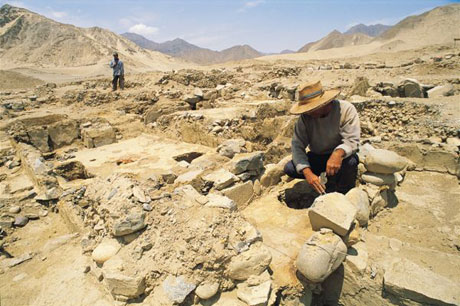 The discovery of Caral has pushed back the history of the Americas: Caral is more than 1,000 years older than Machu Picchu of the Incas. They built huge structures in Caral hundreds of years before the famous drainage system of Harappa and the pyramids of Egypt were even designed.

But, it was not easy for Ruth Shady to prove this. It was only in 2001 that the journal Science reported the Peruvian archaeologist’s discovery. And, despite the hard evidence backing her, she is still trying to convince people that Caral was indeed the oldest urban civilisation in the world.

"There were many problems, many of them in my own country," says Ruth Shady, on a visit to India to discuss her discovery with other historians. "The discovery of Caral challenged the accepted beliefs. Some historians were not ready to believe that an urban civilisation existed in Peru even before the pyramids were built in Egypt," she says.

Basically, there were two problems. First, for decades archaeologist have been looking for a ‘mother city’ to find an answer to the question: why did humans become civilised?

The historians had been searching for this answer in Egypt, Mesopotamia (Iraq), India and China. They didn’t expect to find the first signs of city life in a Peruvian desert. Secondly, most historians believed that only the fear of war could motivate people to form complex societies. And, since Caral did not show any trace of warfare; no battlements, no weapons, and no mutilated bodies, they found it hard to accept it as the mother city. 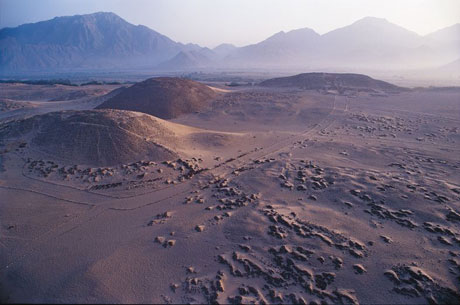 That’s when Ruth Shady stepped in with her discovery. "This place is somewhere between the seat of the gods and the home of man," she says, adding that Caral was a gentle society, built on trade and pleasure. "This great civilisation was based on trade in cotton. Caral made the cotton for the nets, which were sold to the fishermen living near the coast. Caral became a booming trading centre and the trade spread," she says.

Caral was born in trade and not bloodshed. Warfare came much later. This is what this mother city shows: great civilisations are born in peace. Ruth Shady continues to battle for this great truth.